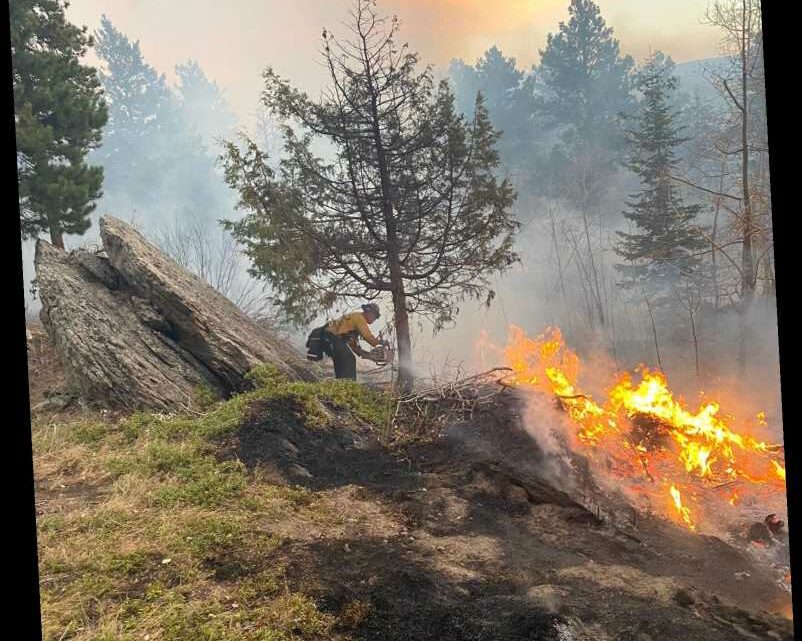 Thousands of Colorado residents were forced to evacuate their homes as wildfires continue to ravage the state.

The Cameron Peak Fire and the CalWood Fire have prompted the evacuation of almost 3,000 people in Boulder County as wildfires continue to affect the state and the West Coast overall, USA Today reported.

The CalWood Fire began burning on Saturday and has destroyed more than 8,788 acres, according to InciWeb. About 50 miles southeast, the Cameron Peak Fire — which has now become the largest in state history — has burned more than 203,604 acres since Aug. 13, InciWeb said.

"It just exploded," Mike Wagner, division chief with the Boulder County Sheriff's Office, said of the CalWood Fire during a briefing, per USA Today. "We do believe multiple homes were probably lost. It's still too dynamic to get in and begin to assess." Boulder County residents reacted to the wildfires and their destruction on social media, where one shared shots of their now destroyed home left in the aftermath of the disaster's occurrence.

"You know homes have burned when you find a burned up page of a book 8-10 miles away. It's so heart breaking. #CalWoodFire," tweeted Mollie Buckland.

"One of the first things we grabbed before mandatory evacuations hit? Our ballots. Then our children & dog, guitar, and a few nice bottles of wine of course. #CalWoodFire #climatechangeisontheballot," she wrote. The CalWood Fire was 15% contained on Sunday and had "no significant growth" and "moderate fire behavior," while the Cameron Peak Fire was 62% contained, according to InciWeb.

According to officials, there are about 1,500 firefighters currently working on the Cameron Peak blaze and 445 personnel working on the CalWood fire. The cause of both fires remains under investigation.

To help communities facing destructive wildfires in the Western U.S., consider donating to the following organizations:

• The American Red Cross allows donors to direct funds to support people impacted by the fires.

'Dexter': The Creepy Thing Michael C. Hall Did To Prepare For the Role

Mario Plays Never Have I Ever WWHL, Asked About Group Sex and Role Playing
World News