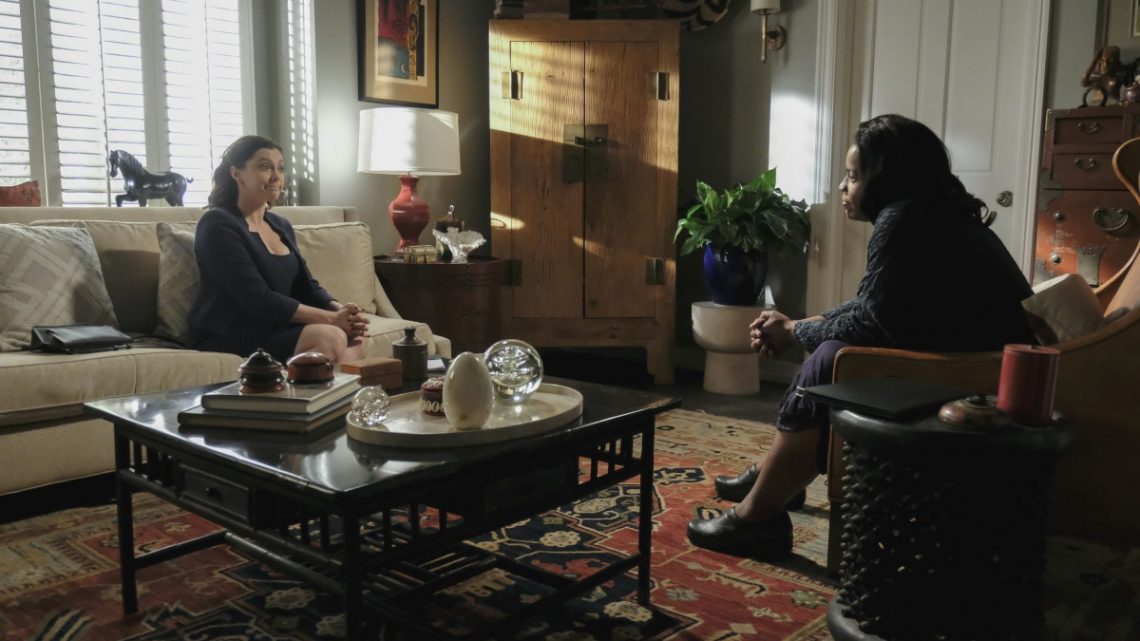 Spoilers ahead for Crazy Ex-Girlfriend Season 4, Episode 11. Rebecca Bunch is a work in progress — that’s essentially the thesis of the series, and in the Feb. 1 episode, we see her take an important step toward wellness. After resisting for years, Rebecca on Crazy Ex finally learns why taking medication to manage mental health can be so important.

When Rebecca was diagnosed with Borderline Personality Disorder in Season 3, it marked a huge turning point for her. After all, it’s difficult to treat something without first knowing what it is you’re treating. But, as we know, that’s not the end of the story. Rebecca will always have BPD, and it’s something she will have to do continual work on — including, as she learns in this episode, when she feels like everything’s OK.

After rekindling their romance, she and Greg become so caught up in their new whirlwind relationship that Rebecca stops going to therapy, convinced that she’s doing fine. It’s understandable (and, as Very Well Mind notes, totally natural). As Rebecca tells her psychiatrist, Dr. Shin, "It’s like I did squats every day for a year, and now, I just want to eat doughnuts for the rest of my life and never go back to the gym, but still have a great butt forever." 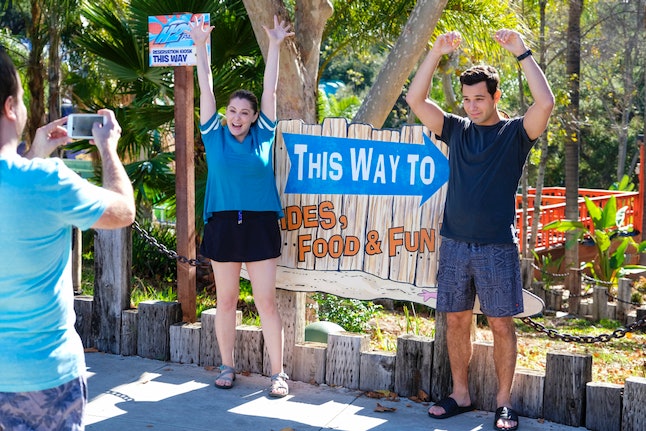 That’s obviously the dream, but that’s not the way the ball bounces. She begins to spin out more and more throughout the episode, and Greg asks if she’s been doing work on herself. Earlier in the episode, Rebecca visited her therapist, Dr. Akopian, who brought up medication, as she has many times before. However, Rebecca shrugged it off, and it’s not until to she goes to the hospital to visit Paula — who’s just suffered a heart attack from overworking — that she’s able to see her doctor’s point of view. While there, Rebecca gives her friend some great advice that she should listen to herself. "You walked around being so sick for so many hours, toughing it out on your own — you know you don’t have to do that!" she says sympathetically. Later, she asks Paula to promise her she’ll do everything the doctors want her to do.

This is ironic because Rebecca has been told to take medication for years — by both Dr. Akopian and Dr. Shin. And there’s a good reason for that. "When I was in college, they gave me those pills, and I was a zombie," Bunch reminds her therapist when she brings it up. "New York — pills. Zombie. My mother put pills in my milkshake, which made me a zombie! And then the last time I took pills, lest we forget, was on a plane." The last instance Rebecca’s referring to is her suicide attempt, when she overdosed on anti-anxiety medication at her lowest point on the series. 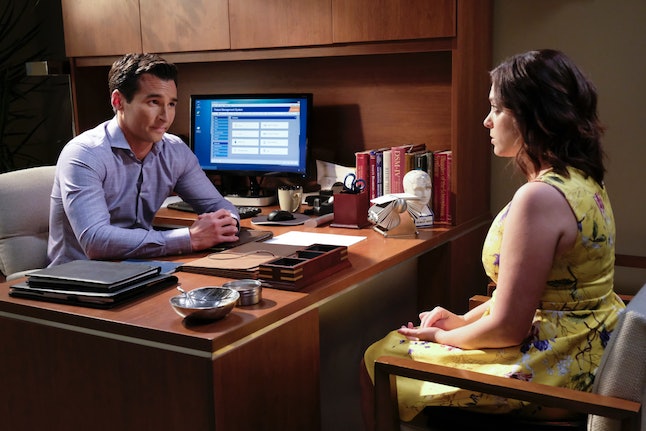 Rebecca is wary of prescriptions because she both doesn’t trust their effectiveness, and doesn’t trust herself to take them effectively. And yet, there’s a reason her doctors keep advising (though not forcing) them. It’s also important to point out that in many of the instances Rebecca is referring to, those prescriptions were written by her mother, who had no business writing her own daughter scripts. Dr. Akopian explains that those meds were different than what she would prescribe her, which would likely be monitored closely and altered based on her experience.

That said, the episode doesn’t stop there: when Rebecca finally meets with Dr. Shin after a long absence, he emphasizes the importance of continuing with therapy. Rebecca attends both group therapy with Shin and one-on-one sessions with Dr. Akopian, which help keep her on track. "These will not turn you into a vegetable or a zombie," Shin assures his patient as he writes a script. "They’re just going to work with your existing brain chemicals."

As someone who struggles with anxiety, I can attest to the importance of medication in my own life. And while I’ve had bad experiences with meds in the past (I almost failed out of college because I could never seem to get out of bed), my current prescription helps me maintain a higher quality of life, when paired with therapy. Of course, everyone’s experience is different, but in Rebecca’s case — and in mine — meds are a crucial part of treatment.

At the end of the episode, Rebecca silently takes a single pill, then opens a workbook called You’re Borderline, Not Broken (and it’s time you accept yourself). It’s a quiet moment, but a hopeful one, and although she’s not going to wake up the next morning feeling 100 percent, Rebecca is on the right path and has a team of medical professionals helping her get there.

If you or someone you know are experiencing suicidal thoughts, call 911, or call the National Suicide Prevention Hotline at 1-800-273-8255.