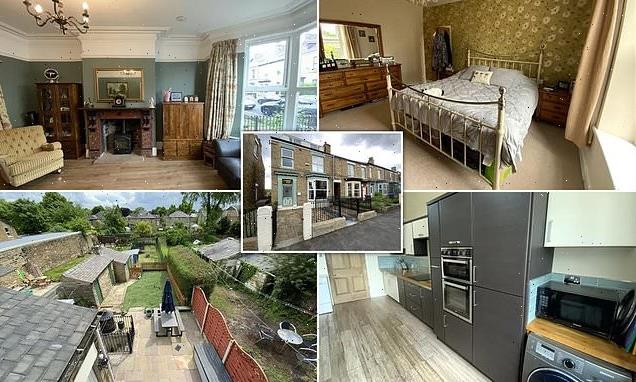 This Sheffield terrace was once home to the founder of Thorntons

Sweet like chocolate! This Sheffield terrace once owned by the Thorntons family boasting eight bedrooms and four floors could be yours for £450k

It looks like a standard end of terrace in Sheffield from the front, but delve deeper and this property has a delectable heritage.

Unwrapping its history reveals that it once belonged to the family of chocolate retailer Thorntons.

Joseph William Thornton founded the retailer with his father in 1911, and the property’s deeds show the name Mabel Adela Thornton.

Joseph died in 1919, with Mabel taking ownership of the house in 1953. It is understood from the current owners that Mabel was Joseph’s daughter. 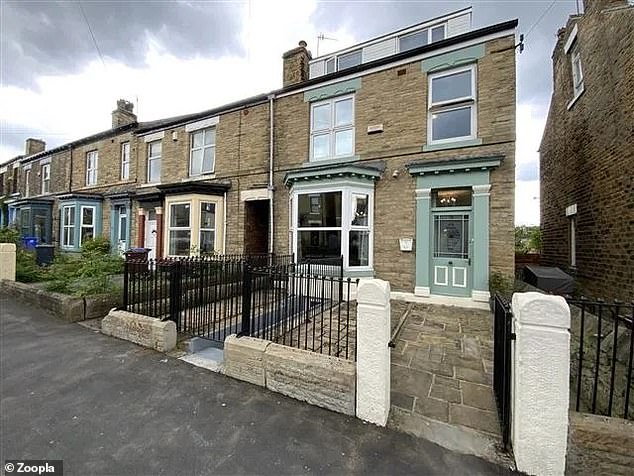 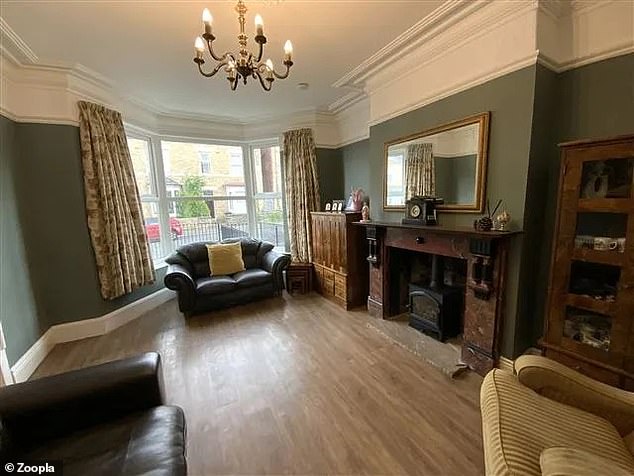 The property was once owned by Mabel Thornton, understood to be part of the Thorntons family 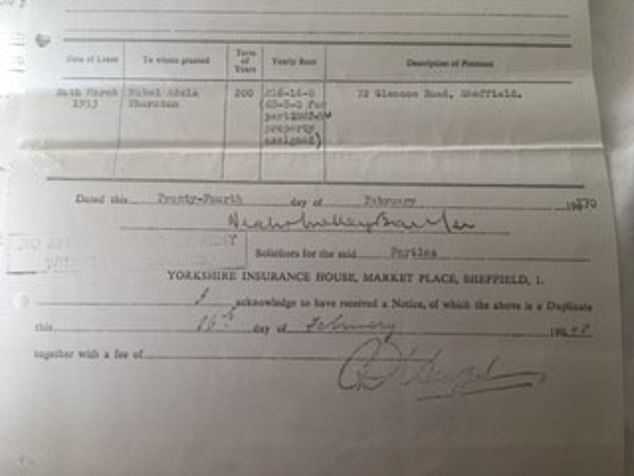 The current owners of the Yorkshire property are Mark Suter and his wife Catherine. They have researched and begun the process of securing a prestigious Blue Plaque on the property.

They understand that Mabel was the daughter of Joseph and she cared for her mother at the house.

Mr Suter told MailOnline Property: ‘It is a house of sweetness. We have loved the house and it has loved us.’

The average price of a property sold in Sheffield in the last 12 months is £227,102, according to Zoopla.

The property website said this compares to an average of £620,000 for the country as a whole. 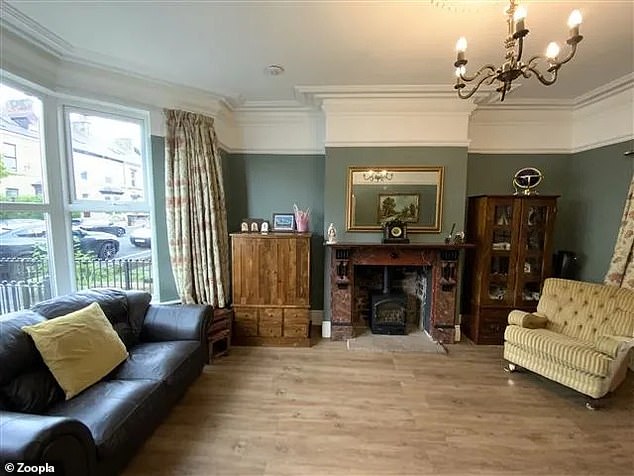 Today, the Yorkshire property is a modern family home that includes this spacious living area

The stone built end of terrace Victorian house has eight bedrooms and three bathrooms, making it an ideal family home.

It is spread across four floors, with a converted cellar and stone outbuildings with power and light. A new boiler has been installed in the house within the last two years.

The garden at the rear of the property has a large lawn, and a patio area with plenty of space to entertain family and friends. 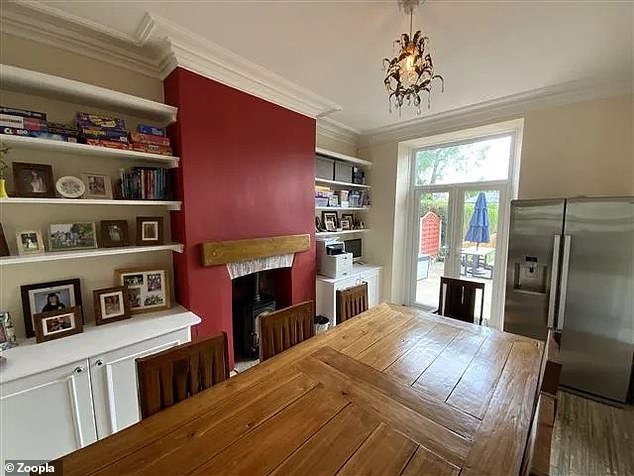 The period property has plenty of original features, including some brick fireplaces 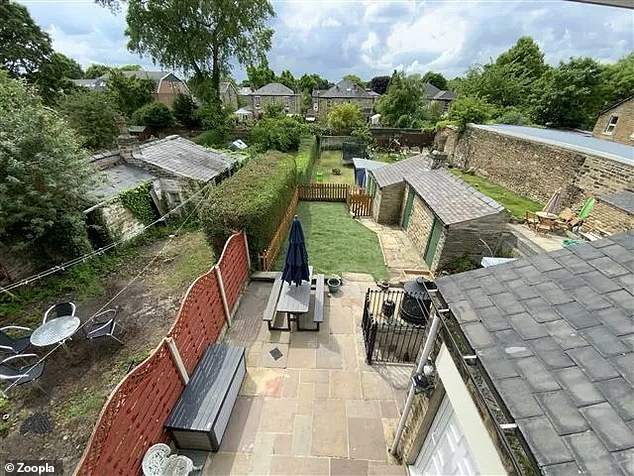 The large garden has a lawn area, a large patio for entertaining and some stone outbuildings 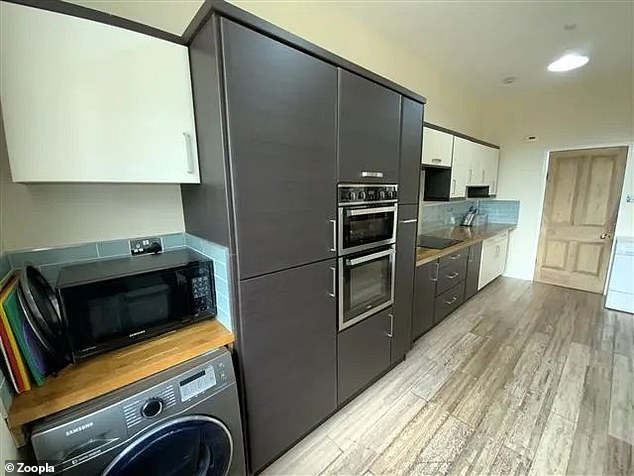 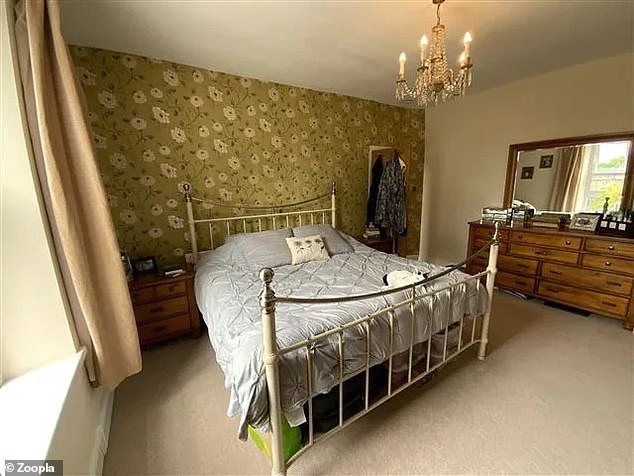 There are eight bedrooms, three bathrooms and four floors, including a converted cellar in the basement

Mr Thornton started the eponymous company in 1911 with his father. Until and during the Second World War, the company was a toffee and fudge maker.

With post war rationing ending, the group’s focus shifted to Belgian and Swiss-style chocolate in sets.

Thorntons saw a rapid expansion at the start of the 21st century, with its 2009 results showing turnover increasing to more than £214million.

The business had a heavy seasonal slant with 35 per cent of sales in the seven week period before Christmas and 10 per cent shortly before Easter Sunday.

In 2021, it was announced that all 61 remaining Thorntons retail stores were to close after the Government’s pandemic restrictions lifted.

The pandemic restrictions had meant that all Thorntons retail stores had closed for much of 2020, and the business restructured to move sales both online and to focus retailing on supermarket distribution channels.

While announcing that the physical Thorntons stores would close, the company stated that it had seen a 70 per cent increase in sales though the business website compared to the previous year.