Home » Lifestyle » This ‘Russian Doll’ Actor Was Raised on a Sailboat — Yes, Really 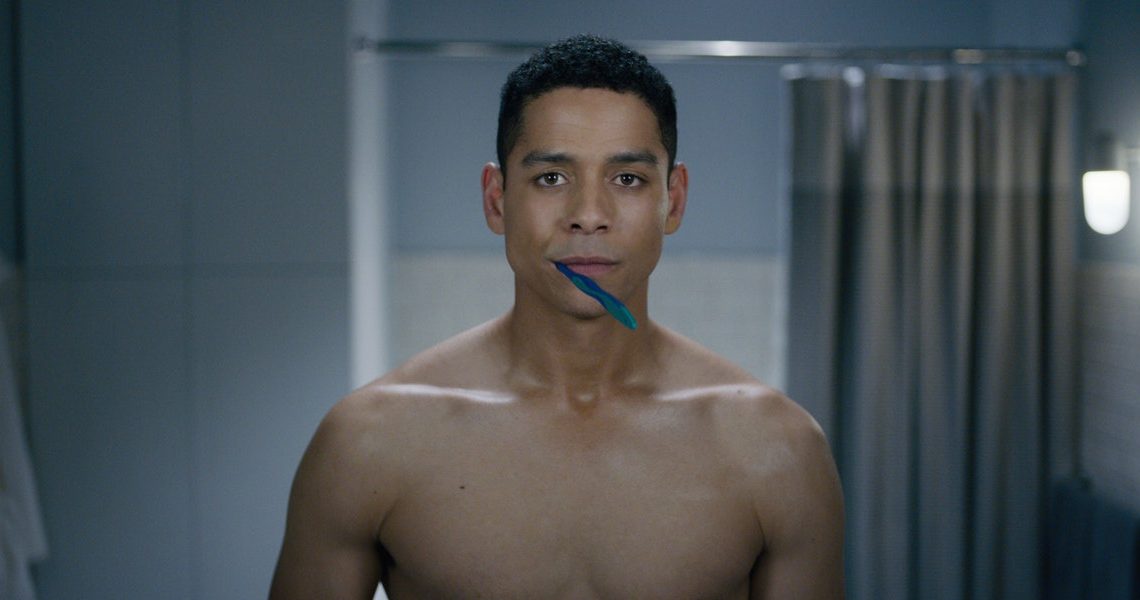 This ‘Russian Doll’ Actor Was Raised on a Sailboat — Yes, Really

Netflix’s new comedy series, Russian Doll, is like Groundhog Day meets Happy Death Day meets Edge of Tomorrow meets…you get the idea. Created by Orange Is the New Black star Natasha Lyonne and executive produced by Amy Poehler, the show follows a single, fatal day in a woman named Nadia’s life — only for her to repeat the whole nightmare again the next morning. While it’s unclear why this is happening to her or how she can stop it, there are some people she meets along the way who may prove vital to her eventual survival. Charlie Barnett plays Alan on Russian Doll, and he seems to be in the same boat as Nadia.

Toward the end of the trailer, for instance, Alan and Nadia stand together in a rapidly descending elevator. "Didn’t you get the news?" she asks him, facetiously. "We’re about to die." Alan, who’s a bit too calm for the circumstances, answers, "It doesn’t matter — I die all the time." Hopefully these two ill-fated characters will team up and find out what in the world is happening to them.

Regardless of what Alan’s role will be in the series, we can glean a few things about the actor who plays him. If Barnett’s face looks familiar, that’s because he’s appeared in both Chicago P.D. and Chicago Fire as Peter Mills, a paramedic-turned-firefighter. According to TV Guide, Barnett left the show when his character moved to North Carolina to open a restaurant with his family. However, he’s open to returning to the Chicago universe. "I have had discussions about it," he told the outlet. "I would love to but I haven’t had the opportunity. There’s a lot of things going on in the show, so I don’t know where they’d fit me in."

Barnett has also starred in the now-canceled shows Secrets and Lies and Valor, and he was even in a 2017 episode of OINTB. And the actor hasn’t just appeared on TV — Barnett has also had a small role in Men in Black 3, and appeared in indie films like Gayby and The Happy Sad.

According to a 2012 interview with the Sarasota Herald-Tribune, Barnett is from Sarasota, Florida, where his acting talent was discovered at age six. "Our daughter [Annie] was taking sailing lessons, but [Charlie] was too young, so we signed him up for the theater classes and he just loved it," his mother, Danee Barnett, told the publication. Furthermore, per the same article, Barnett grew up starring in local theater productions like Oliver, Peter Pan, Pippin, and Anything Goes before attending Juilliard.

Even more interesting, Barnett’s ABC bio reads that he was "raised on a sailboat for most of his young life" and that he "still enjoys sailing, as well as classic cars." In an interview with the Chicago talkshow You & Me This Morning, Barnett explained that his dad is a boat builder by trade. After his parents got married, he said, they built a boat, sailed down to Mississippi, and ran out of money in Sarasota. "I was adopted, as well, so they adopted me and my sister, and we lived on a boat; we sailed around for quite some time," Barnett told host Melissa Forman.

So while it’s still unclear what role Alan’s while play in Nadi’a journey, why he’s experiencing the same traumatic day over and over again, Russian Doll fans can rest assured that in real life, Barnett is doing just fine.