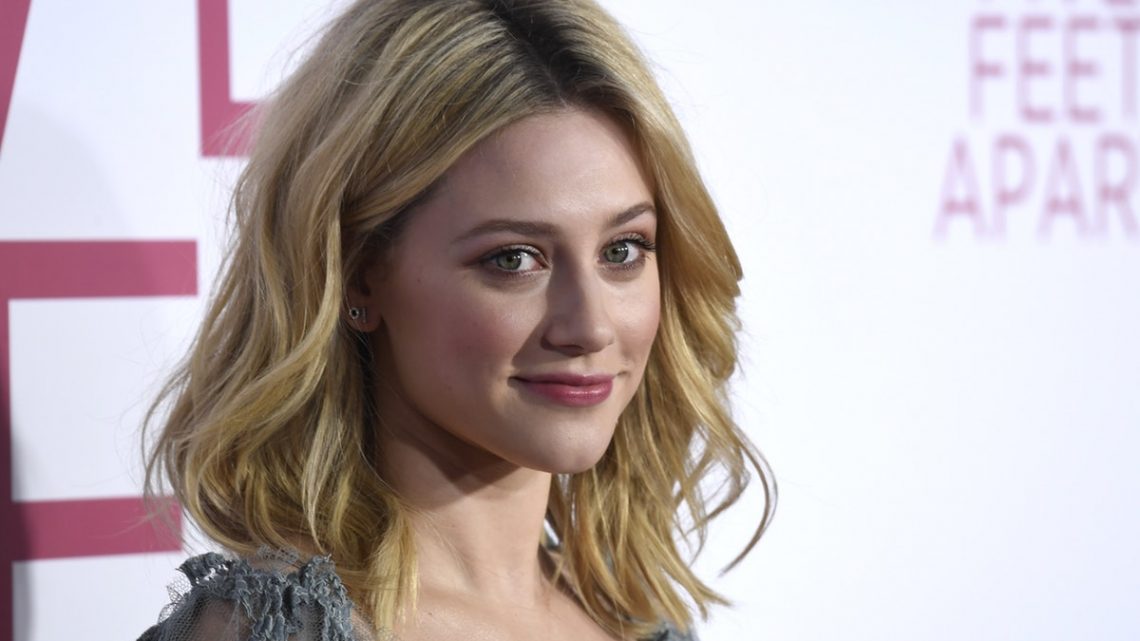 Lili Reinhart is sharpening up her pole dancing skills! And she recently shared a glimpse of what she can do on Instagram. The 22-year-old actress is currently diving deep into her role for the film Hustlers and she’s doing an amazing job already! The photo of Lili Reinhart pole dancing highlights how dedicated she is to the film.

Hustlers, which is currently in production, was inspired by a New York Magazine article about a group of former strip club employees who “turn the tables on their Wall Street clients.” Reinhart will star in it alongside Jennifer Lopez, Julia Stiles, Constance Wu, Cardi B, and Keke Palmer. So, it’s an all-star cast and that means Reinhart is giving it her all.

In the pole dancing photo Reinhart shared on her Instagram Stories, you can see her wearing a black crop top and shorts and hanging upside down from a pole. She appears to be in a dance studio, so it looks like she’s getting top notch training for her role in the film.

"Really nailing this whole pole thing. #Hustlers," Reinhart wrote in the caption of her Instagram Story.

One look at the photo and it’s clear she’s definitely getting the hang of it, in a literal and figurative sense. I mean, it’s not easy hanging upside down on a pole and being supported by your own body strength alone. Here’s a look at the photo Reinhart shared. 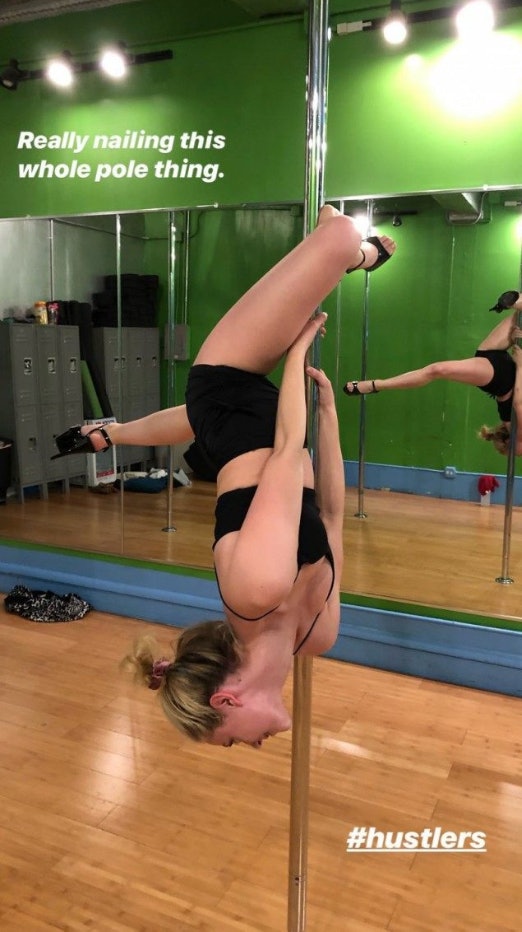 Reinhart isn’t the first star of Hustler to show off her look for the film. Lopez did the very same on Instagram back in March 2019.

“I’m a hustler baby… I just want you to know… #Ramona on fire ? On set and in character for #hustlersmovie #stxentertainment,” Lopez captioned a photo of herself wearing a pink bikini.

I’m a hustler baby… I just want you to know… #Ramona on fire ? On set and in character for #hustlersmovie #stxentertainment

And Keke Palmer also showed off her look for the film on Instagram. Reinhart was even featured in the video as well!

9.13.19 #Regram from @Keke ・・・ @hustlersmovie comes out SEPTEMBER 13th!!!!! Supah Dupah fastttt turn around ?? I’m so excited for you all to see it, it’s been so much fun! I get to work with some amazing women. Leggoooo #hustlersmovie / @lilireinhart ???

And there’s also a set of videos of all the actresses (minus Cardi) having some fun on set. Have a look:

Lili with Jennifer, Constance and Keke on the set of 'Hustlers' ? (April 8)

All in all, it looks like this movie is going to be amazing! Even Julia Stiles thinks so!

"Sign me up!" Stiles told Entertainment Tonight of her initial desire to join the cast. "Yes, I was dying to be a part of this movie. I told Lorene Scafaria, the director, when we met, ‘I will do anything. I will do craft service, I will make coffee for the crew, I don’t care. I just want to be a part of it, because it’s such an interesting story.’"

She also had a lot of praise for Lopez, who apparently gives a great performance.

"If you’ve seen at all on Instagram, her body looks amazing," Stiles said. "There’s the pole dancing, the hair, the nails, the makeup, but working opposite of her in a scene, it took everything in me to keep my jaw closed, because she’s not J.Lo. It’s a different person and it’s so not a performance. I couldn’t tell where it began and where it ended," she added, clearly entranced by the superstar. "It’s really going to be exciting to see her in this movie."

Clearly, Hustlers is going to be a fantastic film. I’m certain Reinhart and everyone else will turn in fantastic performances.

Is There A Chance Cardi B. and Nicki Minaj Will One Day End Their Feud?

Premier League Final Day fixtures 2018/19: Who will Arsenal, Man Utd, Chelsea, and the other 17 teams play on last day of the season?
World News