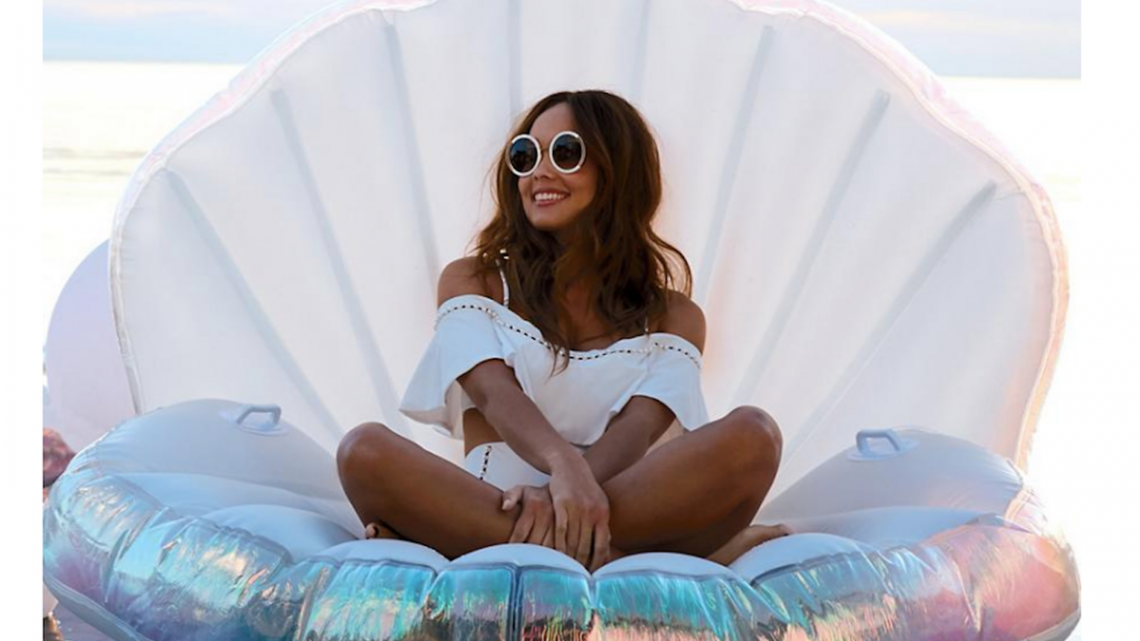 The sun is out. The temperature is rising. The birds are chirping. It’s spring. You know what that means: it’s *almost* pool season! In a matter of weeks you can look forward to kicking back in your swimsuit and soaking up the sun on a pool float. But with so many pool floats to choose from, how do you make sure you’re getting the right one? Well, if you’re trying to look like a Botticelli painting this upcoming season, look no further than the Oyster Shell pool float from Frontgate. It’s the shimmery seashell seat you didn’t know you needed.

Whether you like it or not, everything is about the ‘gram nowadays. In fact, it is said ‘gram that likely began the whole pool float trend. Though, novelty pool floats are so doggone charming it is safe to assume they would have become a big thing even if Taylor Swift and Zooey Deschanel didn’t pose with them.

The Oyster Shell Float will definitely be a show stopper no matter what, because it is truly stunning. The perfect size and shape for sitting in, the float is five feet long, and just over four feet wide. It has a pure white base, with shimmery iridescent trim, and is equipped with handles for holding onto while you bask in it like the sea goddess you are.

One of the most celebrated depictions of women’s beauty is a painting called "The Birth of Venus" by Italian artist Sandro Botticelli. According to the Uffizi Gallery, it depicts Venus, the Roman goddess of love an beauty, "arriving on land, on the island of Cyprus, born of the sea spray and blown there by the winds, Zephyr, and, perhaps Aura."

But what does this have to do with a pool float? One of the most notable features of this paining is the fact that Venus is depicted standing on a massive sea shell, not unlike the Oyster Shell Float. It is hard to tell whether the folks at Frontgate made this connection, but it is pretty hard to unsee, now.

If glamorous sea goddess is the vibe for you’re going this summer, there are a number of other options to choose from. Leading the pack is The incomparable Rose Gold Mermaid Tail Float. Imagine taking something wildly trendy and outfitting it in one of the most popular colors around. Bingo! You get this float.

The Rose Gold Mermaid Tail Pool Float (say that five times fast) is just about as close as you can get to channeling the real thing with the option to keep yo newly-styled hair dry. In the words of Target, the float’s manufacturer, it "…looks like a standard round pool float at first, but it’s followed up by a glimmering, scaled mermaid tail in a gorgeous rose gold that might just make all of the other mermaids jealous." If it is this pretty when dry, just imagine how gorgeous it will look when the shimmery scales are reflecting off the water in your pool.

If you’re still debating the Oyster Shell Pool Float, perhaps these two details will sell you on it. First, it is currently on sale for 15 percent off. Second, as a customer service representative on the site explained to someone inquiring whether it came with an inflatable pearl, "This does not come with an inflatable pearl as you are the giant pearl." Big mermaid princess mood.

The Game of Thrones Cast: Then & Now