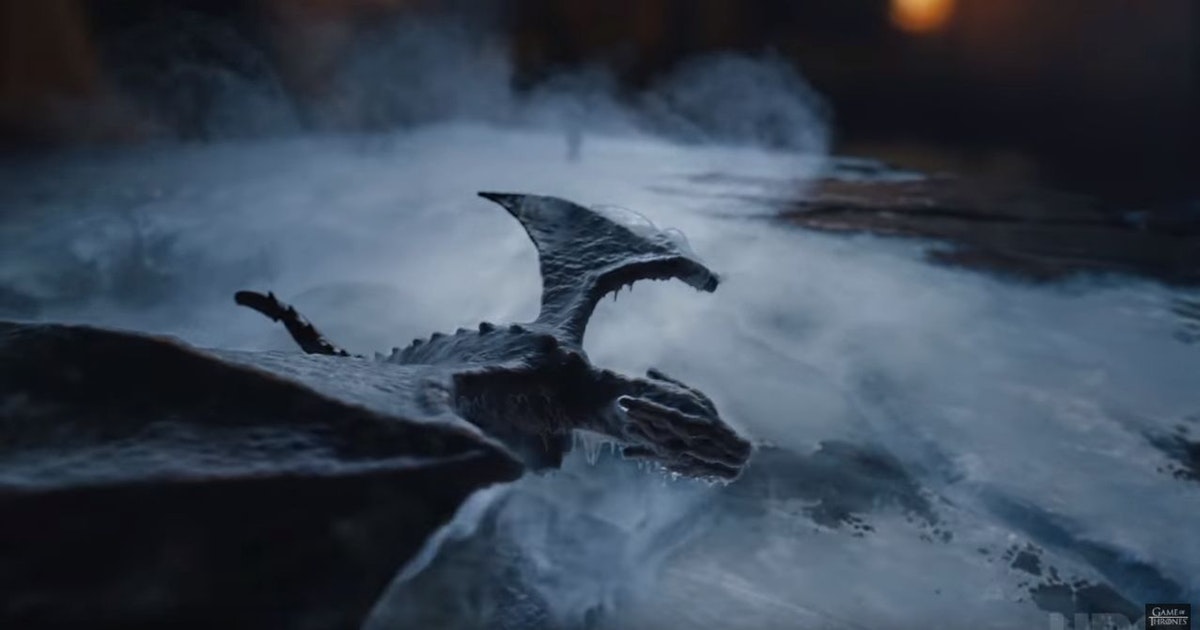 Winter is here everyone! Well, fine, winter isn’t here technically, it won’t be arriving until Dec. 21, or April of 2019, depending on how you do the math. But a new Game of Thrones Season 8 trailer is, and that’s good enough to keep fans warm on a dark and cold night. The trailer was released today after the CCXP panel featuring showrunners David Benioff and Dan Weiss, along with a newly pink-haired Maisie Williams (Arya Stark) and John Bradley (Samwell Tarly).

Much like the first trailer for Season 7 back in 2017, this teaser doesn’t have a stitch of new footage in it, but does this really surprise anyone? Instead, it is all symbolism and CGI. The lands of Westeros are the board, and the chess pieces of Direwolf (Stark), Dragon (Targaryen), and Lion (Lannister) are slowing taken over by a deep freeze chill invading from the north, first freezing the Starks, then the Targaryens, and finally the Lannisters.

But just as it does, fire races forth from the south to meet ice. Because, as everyone knows the story may be the Game of Thrones, but the tale is The Song of Ice and Fire.

Note this trailer has a title to it, suggesting it is one of a series. This one is "Dragonstone," the ancestral home of the Targaryens. If the title is any indication, there should be two more teasers to come in this style: "Winterfell" and "King’s Landing."

As stated above, this trailer was released at CCXP, aka the 2018 Comic-Con Experience in Brazil. No spoilers were given away, or at least none that got out of the panel. But the two actors in attendance, Williams and Bradley, talked about their earliest memories of the show, and how much it changed their lives.

Bradley said for him, the enormity of what the show was doing didn’t hit him until the first table read in Belfast back in 2010. "That’s when it started to get really real."

As for Williams, for her, the friendship she’s developed with Sophie Turner is the thing she’ll take away from the show. Meeting Sophie for the first time is her first show memory, too.

When the showrunners asked who the two would pick to marry out of the whole cast, Bradley was a good and loyal dude and responded he’d marry his on screen love interest character, Gilly. Williams, of course, would marry Sophie Turner’s character Sansa "because she’s fit and fierce."

The two actors also asked questions of the showrunners. Williams’ question was probably the best one:

To which Benioff answered:

Though I also liked the question about who were the hardest and easiest to cast. The easiest was Mark Addy as King Robert. The hardest? Maisie Williams’ Arya Stark, naturally.

Game of Thrones Season 8 will arrive next year, in April of 2019.