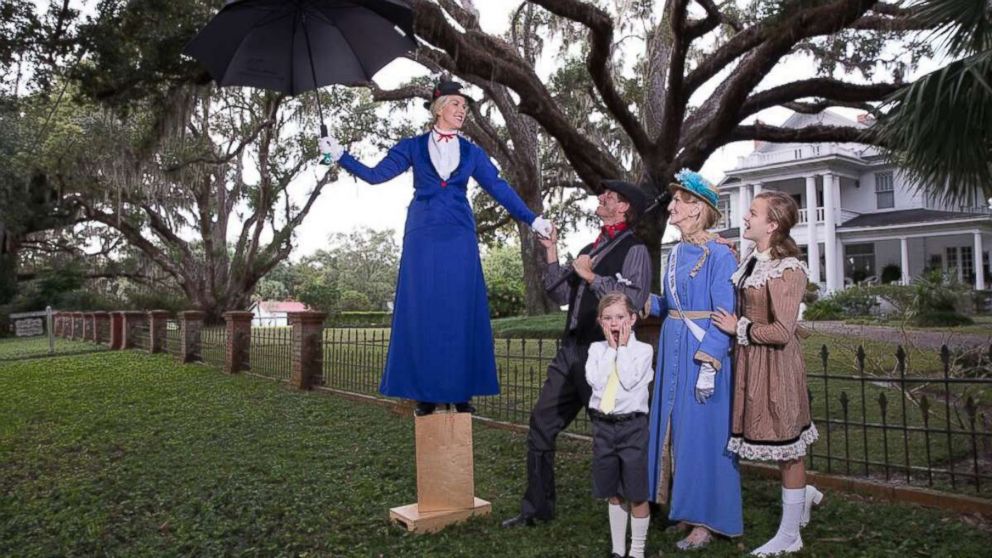 After a Florida mom survived cancer, she and her family go all-out every year with their annual Christmas card to “spread joy” during the holiday season for their family and friends.

This year, Cindy Simmons of Orlando, Florida, along with her husband, mother and two daughters, created an all-out DIY Mary Poppins Christmas card, that Simmons said is her “favorite” one yet. 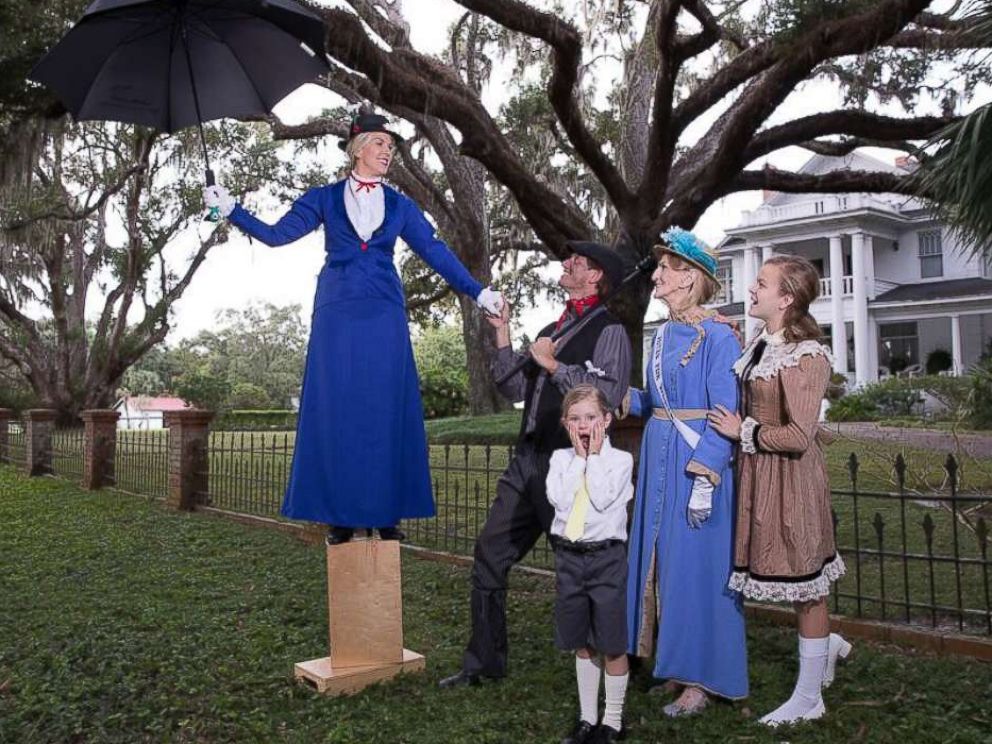 “Once you go through something like that it just makes you go, lets live life big,” she said. “Once that happened, I think our family perspective just changed, we wanted to create experiences for our family instead of worrying about just things.” 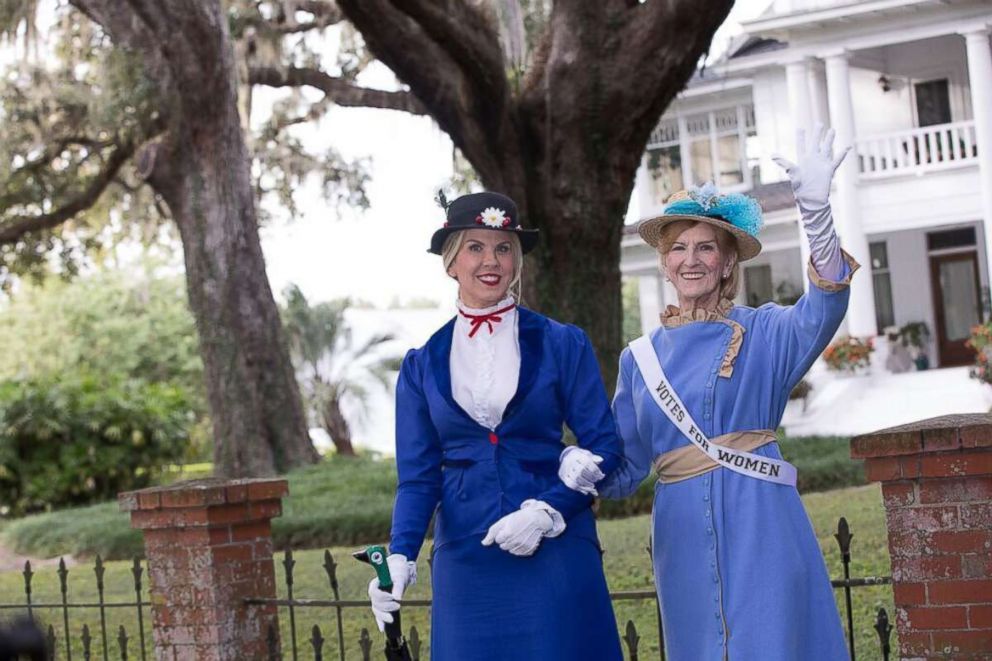 She said she started planning this year’s Christmas card approximately a year ago, knowing the new “Mary Poppins” film would be coming out, and immediately started scouting locations in her community “that looks like 17 Cherry Tree Lane.”

In the photo, Simmons dresses up as Mary Poppins herself, her mother (who goes by Momma Jane) dressed up as Mrs. Banks, her husband, Eric, dressed as Bert, and her two children — Lily, 13, and Luna, 6, — dressed as Jane and Michael. 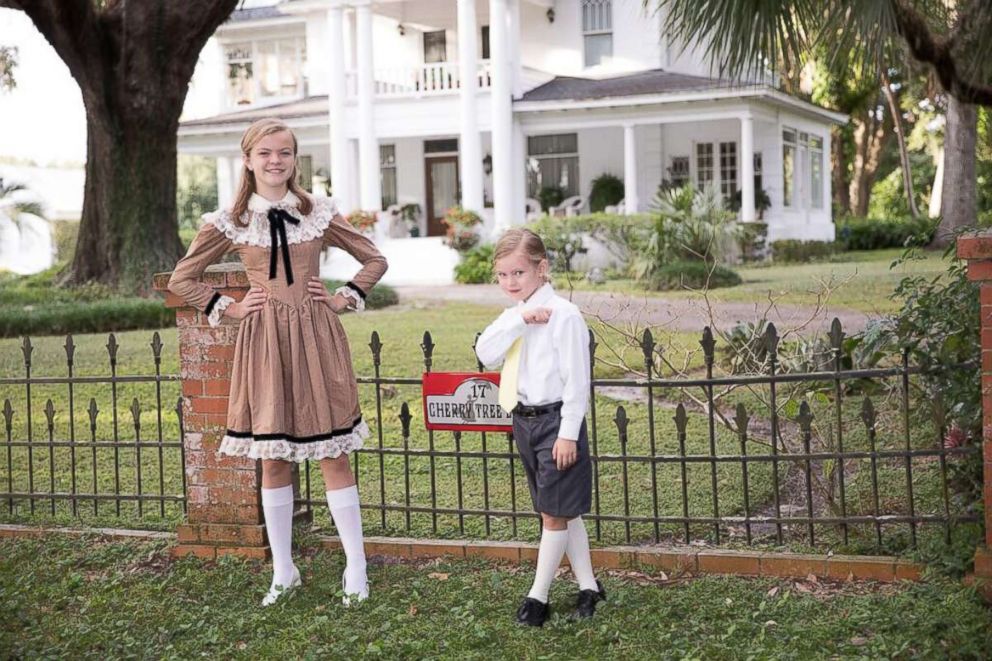 Simmons said she tries to find elements for the costumes on the cheap or even make them herself when she can, noting, “This is supposed to be about an experience not spending.”

“I get on eBay, I use Amazon points, I try to DIY,” she said. “I’m not crafty but … you can really do anything by watching a YouTube video.” 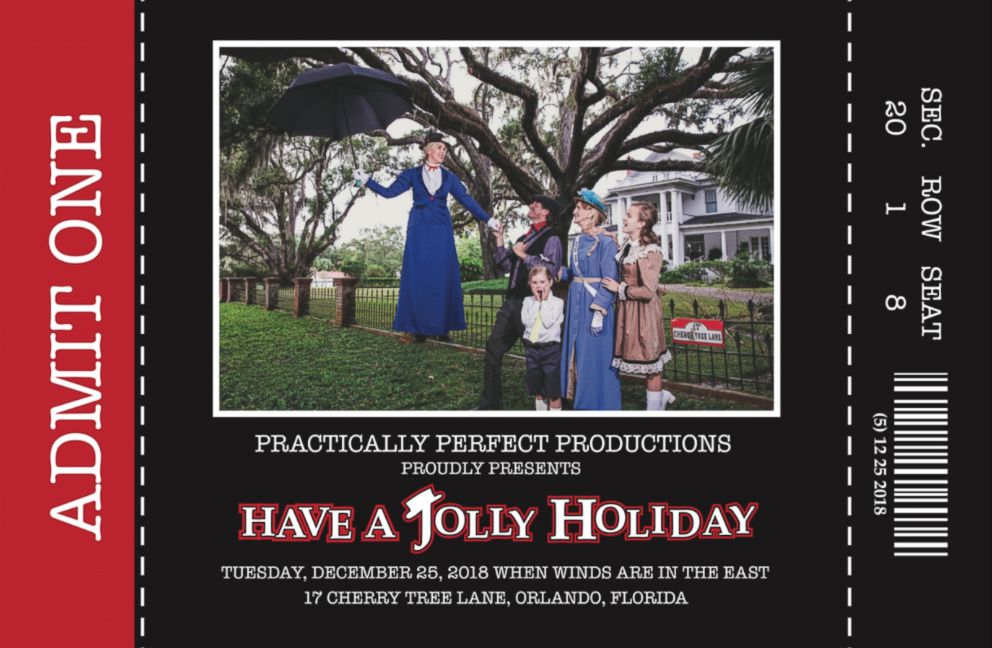 This isn’t the first year her Disney-obsessed family has gone all-out with a themed holiday card.

In 2015, Simmons and her family recreated beloved “Star Wars” characters. 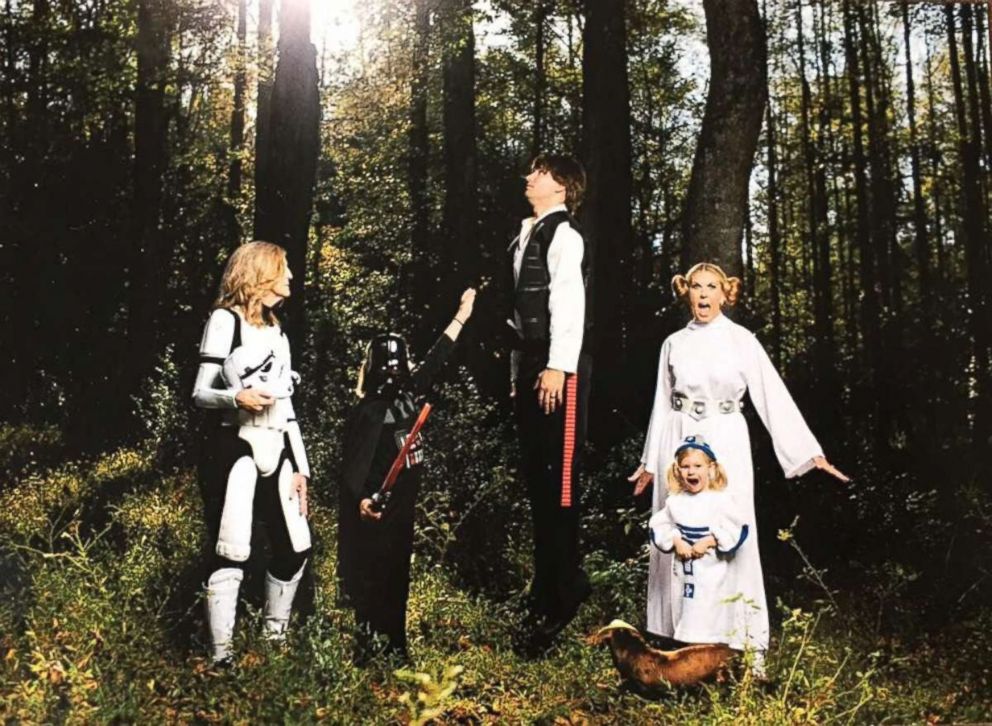 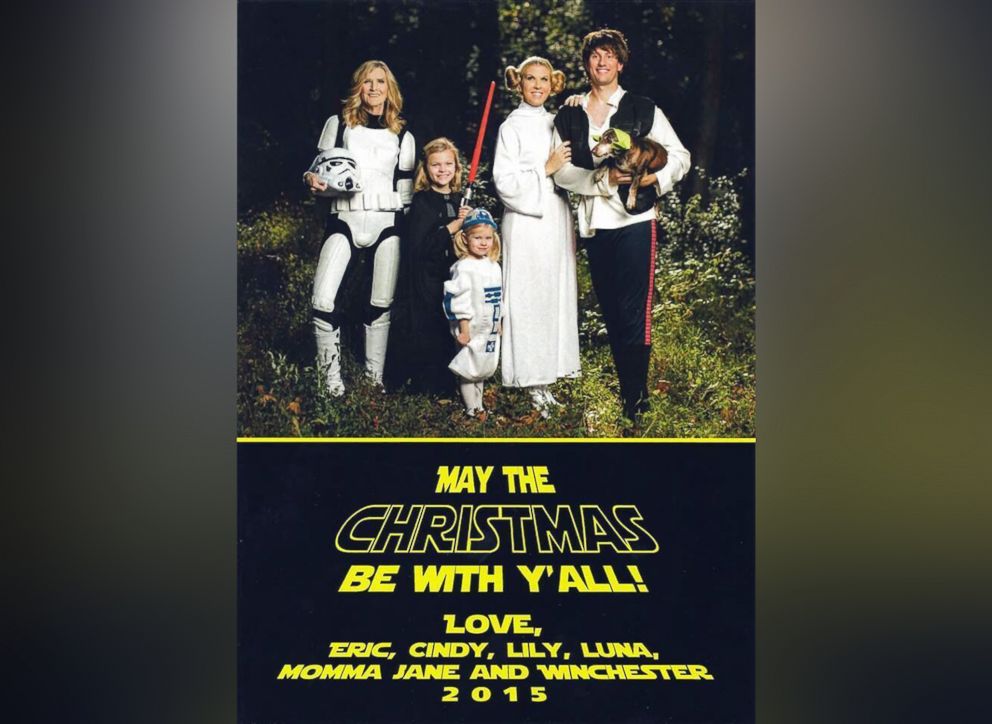 In other years, the family has done a Vintage Florida, Emergency Room and Farm Life-themed cards.

“I think about them a year in advance,” she added of the Christmas cards. “My husband and I always joke that we always have to file an extension on our taxes, but we always know what our yearly Christmas card is going to be.”

The family Christmas cards are always a tightly-held secret though, she said. “No one knows except our photographer,” and her friend Christine Eberle, who does the cards each year as part of her Eberle Invitations company.

Her young daughters “love it,” Simmons said of the family tradition.

“They’re going to get to an age where they might be like, ‘Ugh,'” she added. “But we know that when they have grandchildren this might be a good tradition they can carry on.”

The response from friends and family to their over-the-top cards each year makes it worth it, according to Cindy Simmons.

“We just want to spread joy, that’s it,” she said. “That’s our sole goal in our family.”