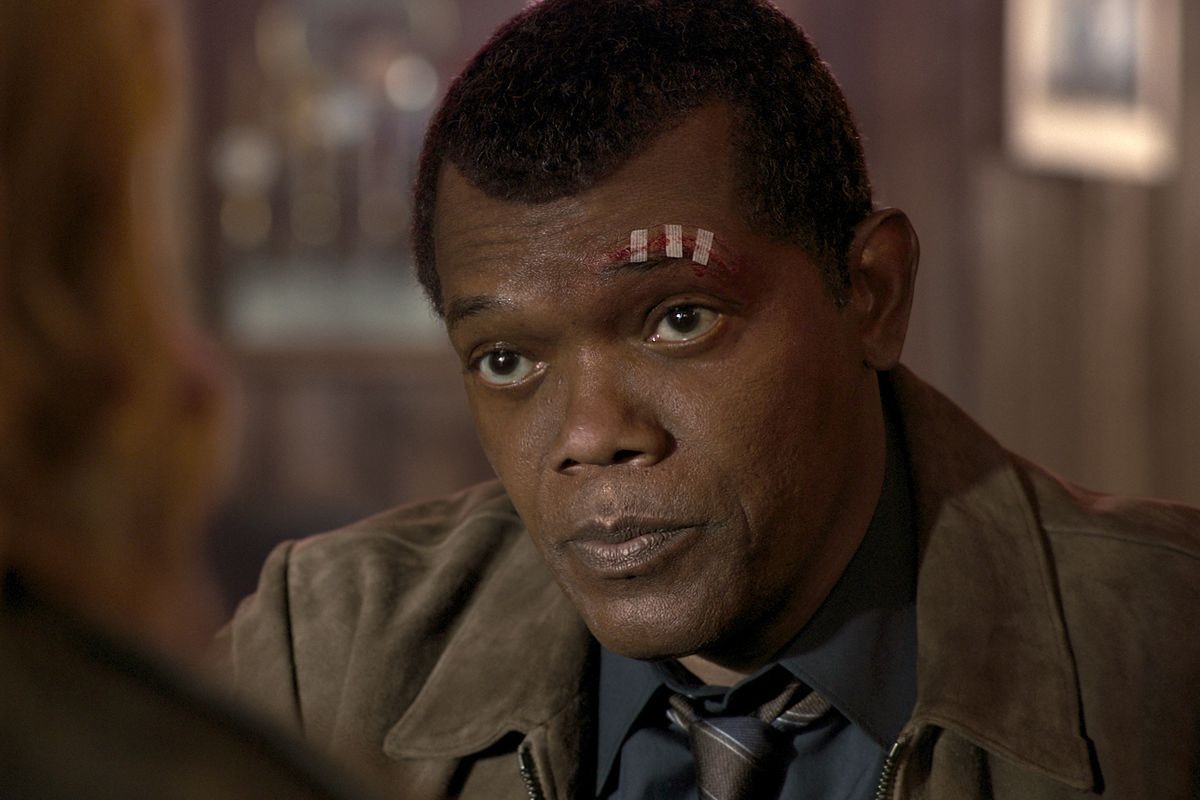 For fans of the Marvel Cinematic Universe, the introduction of a new character like Captain Marvel is always an exciting time. But the upcoming film has an extra special treat in store, due to it being set back in the early 1990s. The 20-year rewind is giving fans a chance to see two older figures, Nick Fury and Phil Coulson, back before they were the men viewers know today. This latest Captain Marvel fan theory shows just how much fans have to learn about the histories of these characters.

The newest Captain Marvel trailer dropped this week, giving fans a look at Carol Danvers’ costume, her headpiece, the mohawk-on-command look, and even a glimpse of Annette Bening’s mysterious role. But the show was stolen out from under everyone when Danvers’ pet cat, Goose, turned up and proceeded to turn Nick Fury into a goo-goo eyed fool, proving once and for all the future Director of S.H.I.E.L.D. is a cat person.

But as fans of the comics know, Goose is no cat. She’s a Flerken, something Danvers might have figured out if she had known most orange tabbies are male, due to the way fur color plays out on the XY chromosome. Flerken are mostly harmless creatures unless they feel under attack. Then their little mouths open and giant killer tentacles come shooting out with the intent to murder, not unlike a real cat pouncing on a chipmunk. 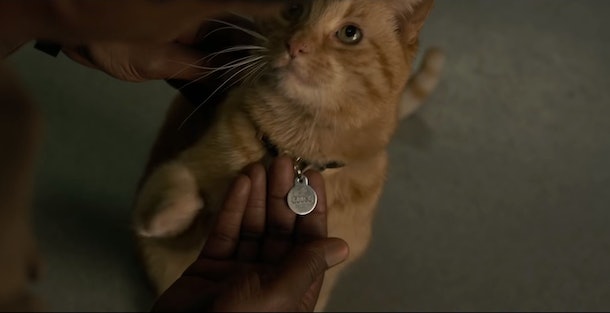 This has given rise to a brand new fan theory explaining one of Fury’s future characteristics: The loss of his eye. In all the present-day set MCU films, Fury always wears an eye-patch, with only rare moments of showing the damage underneath. When asked about it, all he’ll say is "Last time I trusted someone, I lost an eye."

Fury sure looks like he trusts the cat, no? And it would certainly explain why he’s reluctant to tell what happened. After all, "I reached to pet the cat, and it took out my eye" is not exactly something most people would take seriously.

Besides, the film is obviously foreshadowing Fury’s future injury, as in most of the trailer’s scenes he’s sporting a lesser eye injury across his eyebrow. But it’s noticeably the same eye that will have the patch later on.

Also, having Danvers save Nick Fury from her cat would explain why he owes her one. It would also give a reason for why he is still carrying the pager all those decades later, even though the good Captain has been AWOL for at least a decade.

As for Goose the not-actually-a-cat, fans are hoping she both stakes her claim to fame in this film and also crosses over to Avengers 4 when it arrives next May. In the comics, Rocket Raccoon is not only instinctually aware of Flerken like Goose, but they are also mortal enemies, and Rocket spends a lot of time plotting how to take Danvers’ cat out of the picture. Perhaps Fury will step up and tell him to leave the cat alone. It’s all fun and games until someone loses an eye.

Here’s How The December New Moon Will Affect You, Based On Your Zodiac Sign
World News