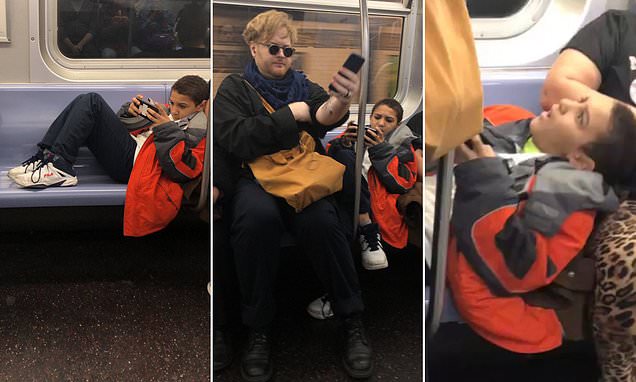 This bratty kid on the subway sure learned a lesson

‘Not all heroes wear capes!’ Brilliant images capture the moment a bratty kid got his comeuppance when a man on the subway SAT on his feet because he refused to take them off the seat

Some kids don’t learn good manners from their parents — which means occasionally, they’ll have to learn them the hard way from strangers.

Back in November, a pre-teen boy riding the subway in New York City decided to take up not one but two seats, leaning against his mother while kicking his feet up on the seat in front of him.

Even when three adults wanted to sit there, the boy refused to move — so one man with no patience just plopped himself down directly on the boy’s feet. 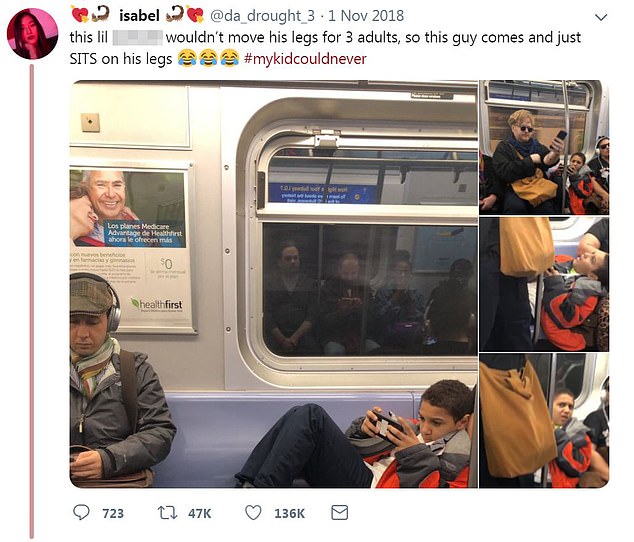 Rude: A woman named Isabel Kim took pictures of a little boy who was leaning against his mom with his feet propped up on the seat in front of him, taking up two seats 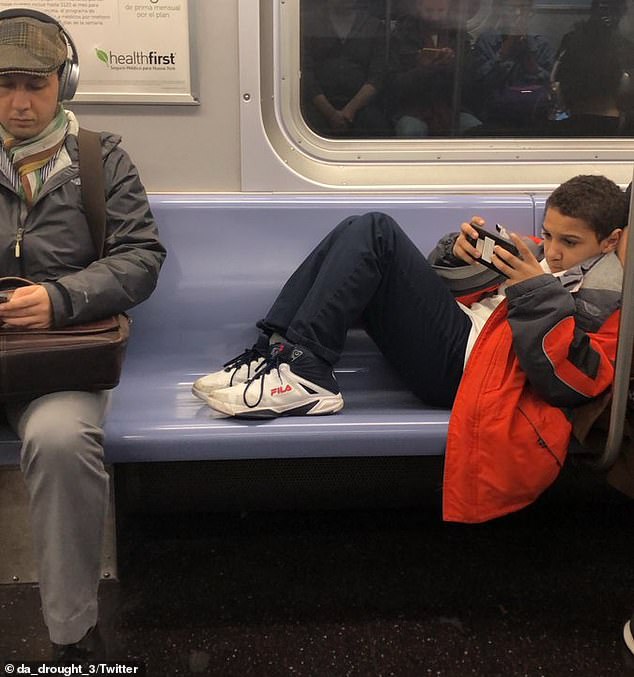 Brat: The boy supposedly would not move even when multiple adults wanted to sit

The moment was captured in a flipbook of pictures by a woman named Isabel Kim, who shared them on Twitter last fall.

‘This lil a**hole wouldn’t move his legs for 3 adults, so this guy comes and just SITS on his legs,’ she wrote.

In the first image, the little boy is seen nearly laying down on a seat on the New York City subway, with his back leaning up against his mom.

On some trains — including this one — seats are not individually sectioned but rather long benches. However, it’s generally understood that three people should fit on each bench.

This boy, though, is taking up two seats, with his legs spread out in front of him and his sneakers directly on the bench. He’s on his phone, and seems unconcerned by his surroundings.

In the second image, it seems he has moved a bit further down the bench, but is still taking up two seats. That’s when a man in sunglasses — who presumably tried to get the child to move his feet without success — sit directly into what should be an ’empty’ seat, right on the boys legs.

The boy appears to have scrambled quickly to move his legs, but one still ended up under the man’s body.

In the third image, the man has stood up again to adjust himself, and the boy looks up at him with horror. 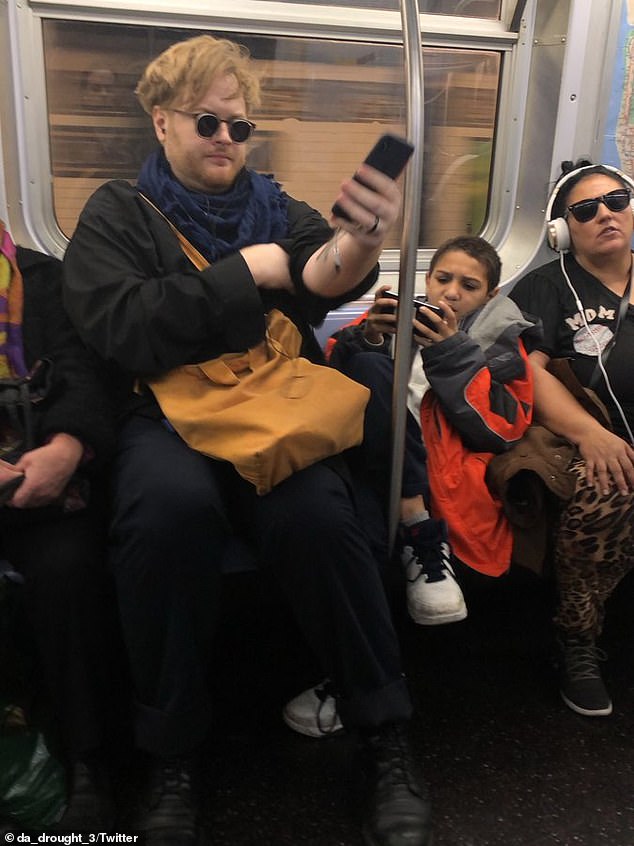 Doesn’t care: Finally, a man simply sat down directly on the boys legs 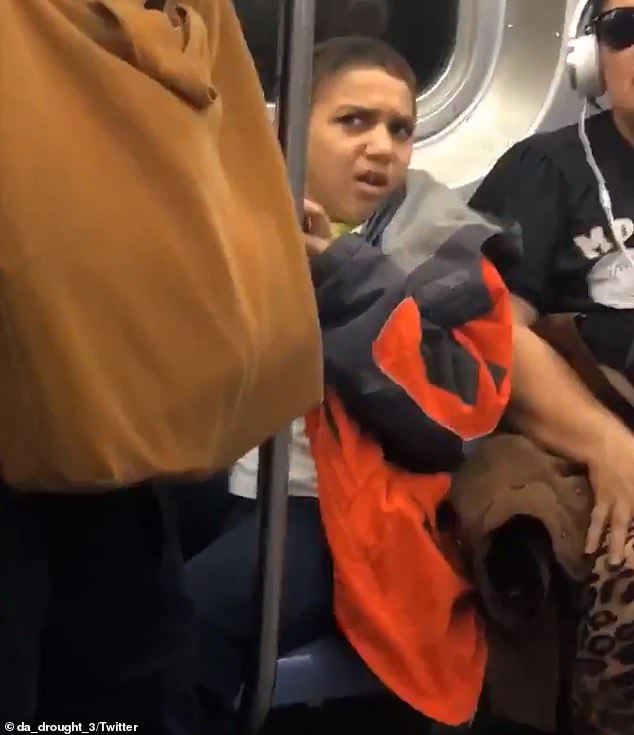 No manners: The boy looked horrified that the man would dare to sit on him

In the last one, the boy is shooting him a dirty look, clearly under the impression that he was right and the man was out of line for sitting on him.

Isabel also shared a video of what happened next, while the man stood and the little boy sat back up.

In the clip, the boy’s mother is yelling at him — but not, it seems, because he was being rude. Rather, she seems to be blaming the boy, Joe, for making her miss her stop.

According to Isabel, who recorded the moment, the kid later cursed out the man as he left the train.

Though the entitled little boy seems convinced that he was wrong, the internet thinks otherwise. The post has been liked over 136,000 times, and hundreds of people have left comments applauding the man.

‘Not all heroes wear capes,’ wrote one, while another tweeted: ‘He has 0 s***s left to give and he is my blood brother.’

‘Subway etiquette is best taught nonverbally with force,’ added another.

‘The subway is the great equalizer,’ said yet another.