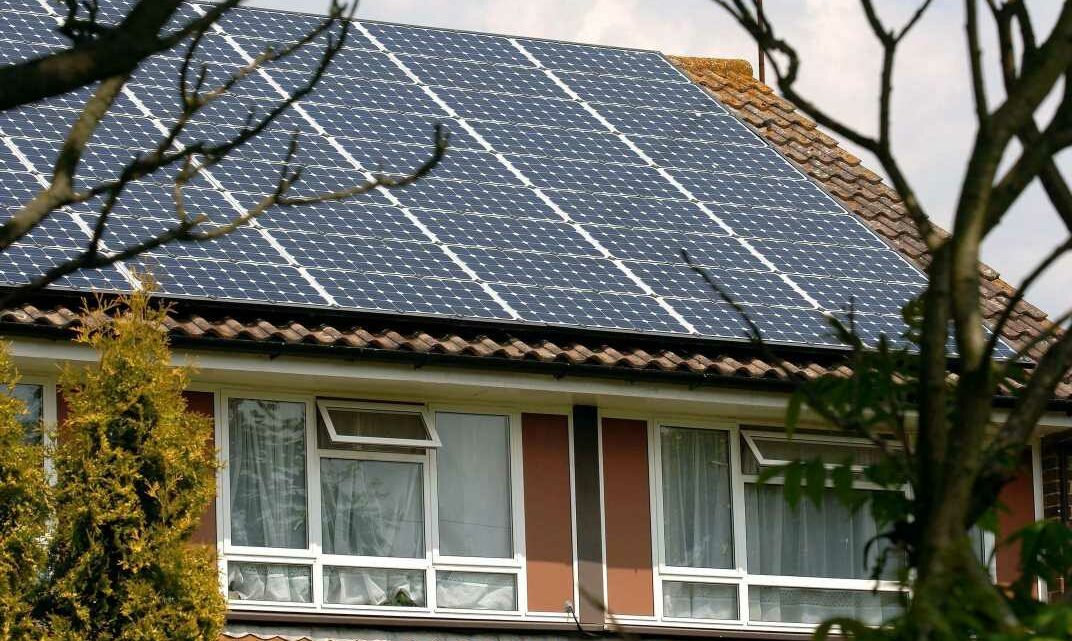 ENVIRONMENTALLY conscious Brits are "keeping up with the greens" by getting solar panels and even an electric car after seeing their neighbours’ homes and driveways.

The green status symbols have become the latest must-haves in cul-de-sacs and leafy suburbs, with research showing more than one in three adults have been inspired by the local community to make more effort to live in an eco-friendly way. 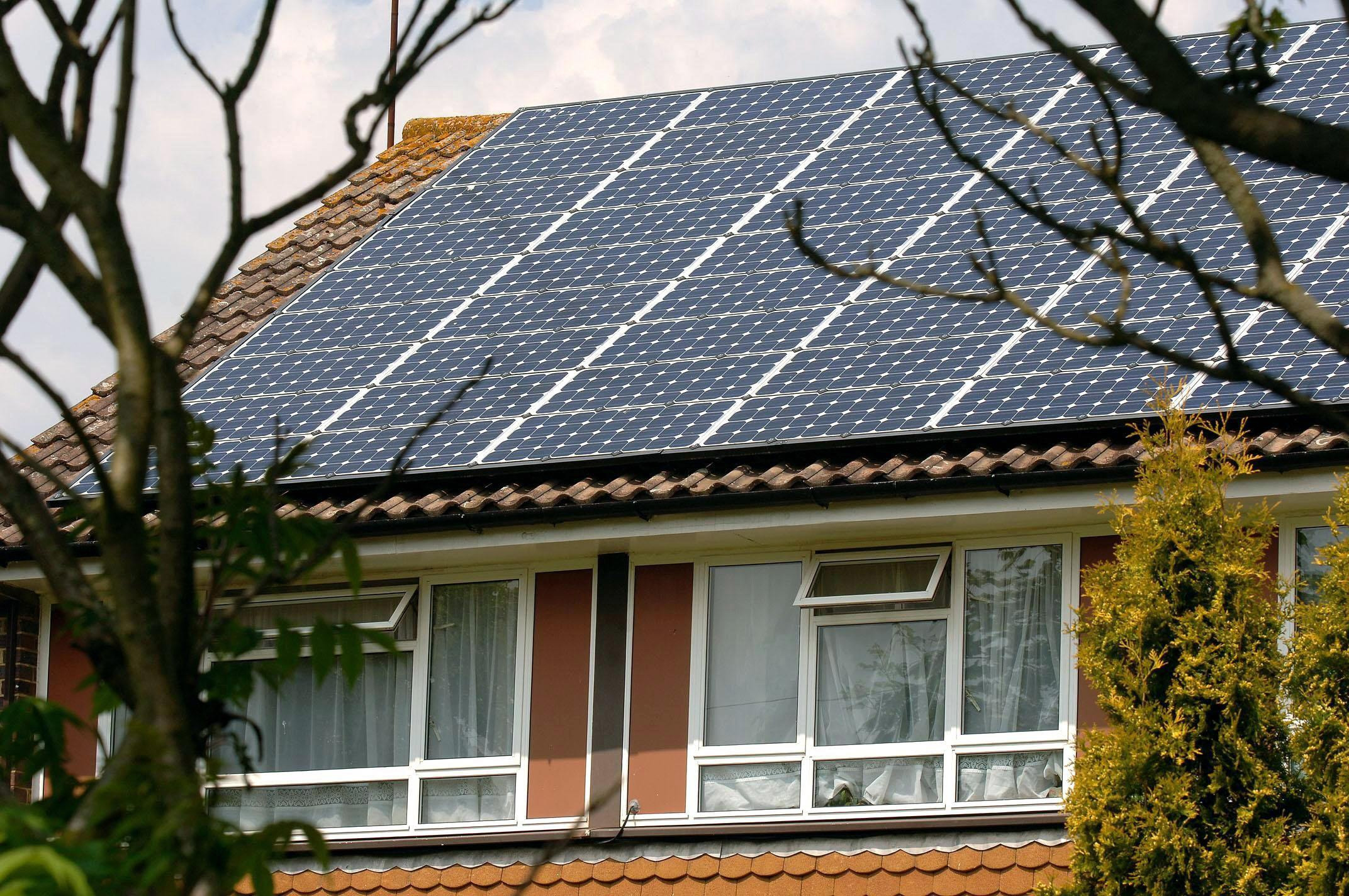 Nearly a third (31%) are also keen to keep up with their neighbours in the eco stakes to avoid being left behind.

As a result, more than 15% of the 2,000 adults who took part in a recent LeasePlan study have made a "green" purchase after someone else in their community did the same.

Of those, 37% have installed an energy smart meter while 31% made more of an effort to buy local produce.

More than a quarter have bought an electric vehicle to match the one on next door’s driveway and 28% have purchased solar panels after seeing them on a neighbour’s roof.

Alfonso Martinez, managing director at vehicle leasing experts LeasePlan UK, said: “Years of curtain twitching when a new car arrived on a neighbour’s driveway, or when a new extension was built, has left many wanting to match them.

“But our research shows that this desire to keep up with the neighbours is now extending to our environmental attitudes and behaviour.

“Investing in green technology – such as an electric vehicle can be a big step, so being able to see those around you doing their bit for the environment can really help inspire and encourage others to do the same.

“Demand for zero emission vehicles is surging, and the majority of people that make the switch say they never look back. But for most of the population, they’re still an unknown.

"But without sitting behind the wheel and having a go it’s easy to view EVs as something that belongs in the distant future rather than a present-day reality.

"That’s why it’s no surprise that so many – over a quarter – of those surveyed said they’d rather try before they buy.

“The research demonstrates that people are willing to make a greener switch. We just need to make sure they have the opportunity to see and feel the benefits for themselves.”

It also emerged from the study that one in 10 Brits turn to friends and neighbours for advice on how to be more environmentally friendly, with 45% more likely to buy solar panels or an electric vehicle if others in their area had had a positive experience.

While 41% would be more likely to purchase the same items if those living in the street already had them.

Of the 10% of those surveyed who have already driven an electric vehicle, nearly three quarters said friends, family and neighbours influenced their decision to make the switch from petrol or diesel.

Wanting to be more environmentally friendly is the reason for getting an electric vehicle for 52% of those who already have one, while 48% did it for the cost-saving benefits.

Commenting on the research findings, Robert Llewellyn, Founder, Presenter and Joint CEO at Fully Charged, said: "In the last year, the environment has come into sharp focus, and we’ve seen first-hand the influence this has had on people’s lifestyle choices.

“We've also seen how the movement away from polluting petrol inspires people to make other changes.

"But what's more surprising is the reaction green items like electric cars cause in others – as the research from LeasePlan highlights.

"I've lost count of the times that people ask about my electric vehicle when I am charging, on my driveway and even on petrol forecourts.

"It does seem that the more electric cars that appear in your area, the more confident people are to make their move.

"After all, once people do drive electric, the things that people thought might be an issue, disappear in the rearview mirror."

Simon Crosby, an architect based in Birmingham, who made the switch to electric for the first time, added: “Getting an EV was a big leap of faith as I regularly do 300 plus miles a day, so range and charge were admittedly a concern.

"I soon realised, though, that I needn’t have worried as everything worked out fine with a few minimal lifestyle changes.

"Since getting an EV, quite a few of my fellow colleagues have also made the switch, as well as a few friends.

"I have also had multiple requests from staff to look into salary sacrifice schemes.

"It’s generally when the penny drops that yes, EVs are a bit more expensive in capital cost, but way cheaper in lifecycle costs, that people actually start to accept them.

"I also find that they’re more convinced to look into getting an EV once they’ve heard someone they know talking about them, or have sat in the driver’s seat themselves.”

Of the 1,800 non-EV drivers who took part in the study, nine in 10 had no first-hand experience of driving an EV.

To help drivers find out whether an EV could be right for them, LeasePlan has created a free-to-use, online EV Driver tool. Find out more via its website.

But it comes as some Brits are worried that green solutions like electric cars and solar panels will make general life more expensive.

Plus one in five motorists in the UK vow they will never buy an electric car anyway.

Another survey claims that, in fact, 4 in 10 Brits feel "eco-shamed" by pals for lack of green habits already.

Spider-Man No Way Home: Tobey Maguire ‘confirmed’ to be in film by star
World News