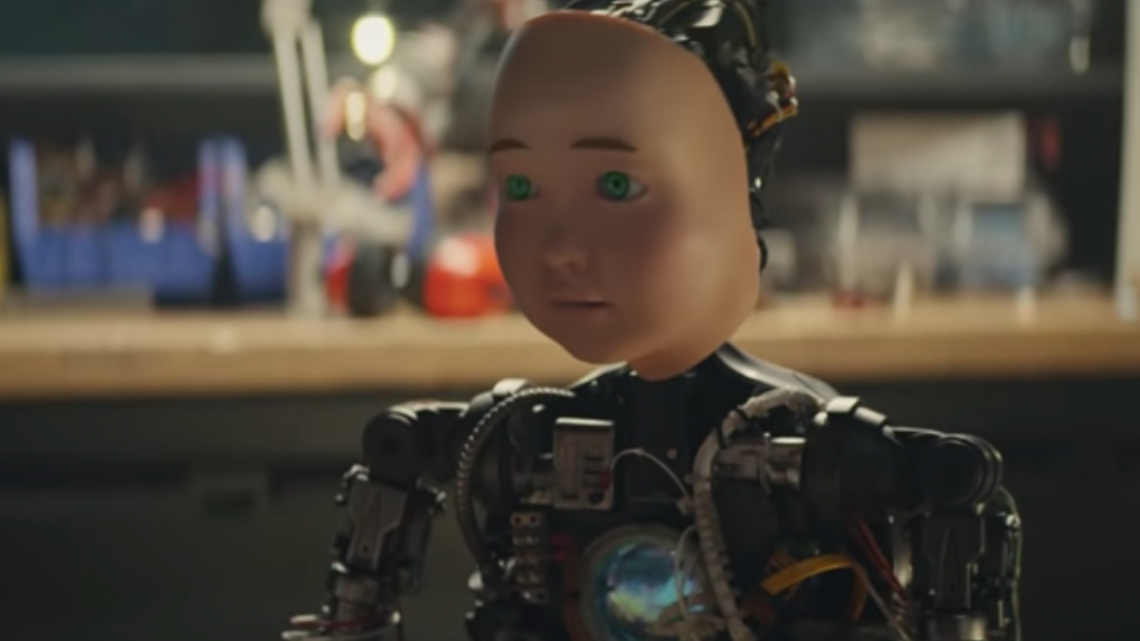 When I think of creepy Super Bowl commercials from years past, Mountain Dew’s 2016 jaw-dropper known as "Puppy, Monkey, Baby" automatically comes to mind. This year, however, something far weirder hit the game day screen. If you’re gonna watch this, mentally prepare yourself for TurboTax’s 30-second spot ahead of time, because the reactions after watching it are — well — a little shocked right now. In fact, the tweets about RoboChild in TurboTax’s Super Bowl commercial pretty accurately show just how horrified audiences are.

By now, if you’re required to pay that dreaded annual fee to Uncle Sam, you’ve probably become somewhat familiar with TurboTax. Basically, it’s an online software that helps you do your taxes all by yourself (but if you’re anything like me, you’ll call your mom a thousand times anyway). Regardless of how you get by, the online service came out with a Super Bowl commercial that’s — well — quite memorable, if you know what I mean. To be completely transparent with all of you, I just can’t seem to get it out of my head.

The game day ad stars a child-like robot with a baby doll head for a face (yes, it’s that weird). He wakes up what appears to be his father… er, creator, talking in a creepily monotone child’s voice. He says he’s hungry, even though he "doesn’t eat," demanding a kale and chicken salad with guac. His droning voice says: "I know guac is extra #LivingMyBestLife." (EEK!). The dad responds that the world isn’t ready for him yet, and IMO, that is definitely true. Check it out for yourself, below. Sorry in advance for any and all nightmares to come.

Yikes. Isn’t RoboChild straight-up terrifying? Anyway, as you would probably have imagined, Twitter was pretty horrified by this small and undeniably persistent robot. Between you and me, he is about to haunt my (and probably everyone else’s) dreams later tonight, because it seems as though there is literally no escaping his wrath.

Make sure to check out everyone’s hilarious reactions below, so you know you aren’t alone.

See? Everyone else on the interwebs seems to agree that RoboChild is — in fact — ridiculously creepy. In all honesty, I’d like to know the inspiration behind this ad, because I’m sufficiently scared out of my mind.

All of this reminds me a little of Pringles’ Super Bowl ad. The famed chips brand created their own version of a smart home device (a little like an Echo or Alexa) to robotically respond to the main subjects’ query about how many Pringles flavors there are. Before getting cut off, the device says:

It looks like creepy artificial intelligence is a relatively strong theme in this year’s Super Bowl advertisements, huh? Is this a sign? Maybe it’s a warning for something to come. I can’t tell what it’s all about, to be completely honest, but it’s safe to say I’m sleeping with one eye open tonight. Thank you and goodnight.