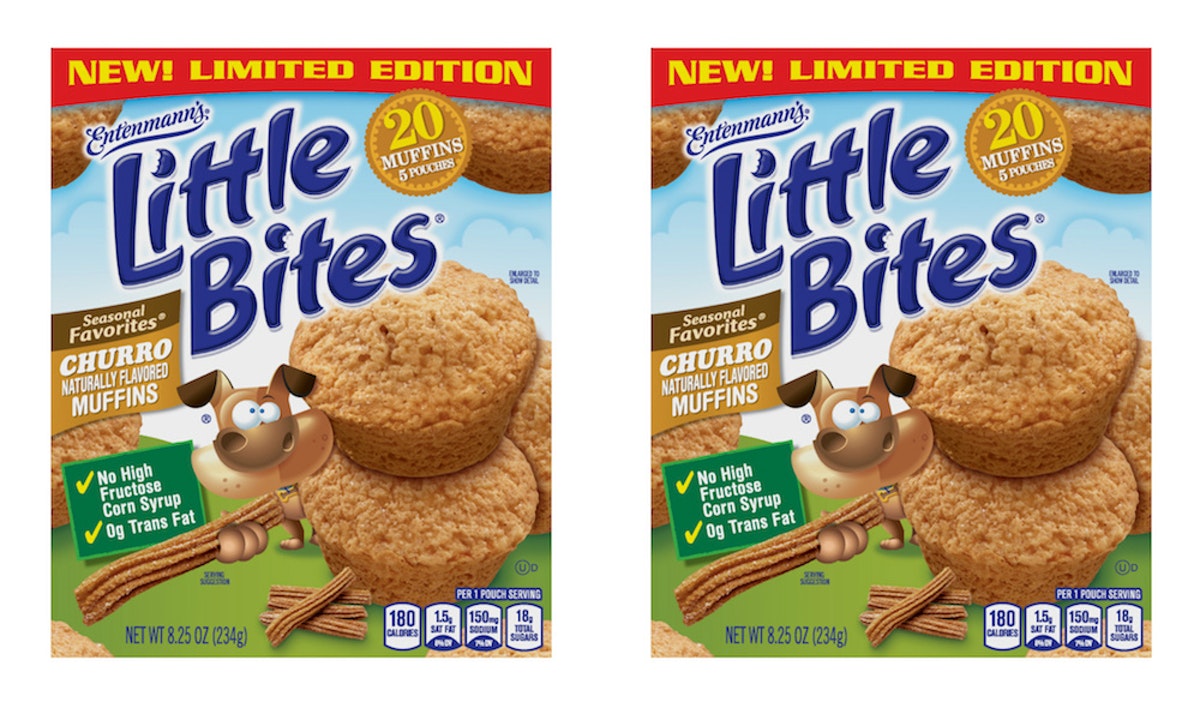 First, there was the highly elegant cronut. Then came the ever-glamorous sushirito, the mouth-watering cookie and milk shot, and, of course, the totally classic ramen burger. But now, single-handedly slaying the food hybrid game is the cinnamon sugar dusted Churro Muffin. Yes — you heard that loud and clear, my sugar-lovin’ pals — if you haven’t already tried these Entenmann’s Little Bites Churro Muffins, they’re my new favorite way to kick off the morning. At this point, I can’t even think about starting my day without them. #AddictedToChurroMuffins

On Monday, Jan. 14, renowned baked goodies brand Entenmann’s is releasing the breakfast staple of my sweetest, sugariest dreams: Little Bites Churro Muffins. That’s right — it’s a saccharine cinnamon cross between the churro (aka delectable sticks of deep-fried dough dipped in cinnamon sugar) and what the Little Bites brand does best… aka the muffin. Luckily, according to Entenmann’s, they will be widely available upon their release. In fact, you’ll be able to find them on most major grocery shelves, from the isles of Kroger, to those of Publix, Ahold-Delhaize, Wakefern, Meijer, Albertsons-Safeway, Walmart, Target, and (thankfully) in BJ’s. I hate to break it to you, though, while they’ll be widely available, they will only be around for a limited time. Daaang. 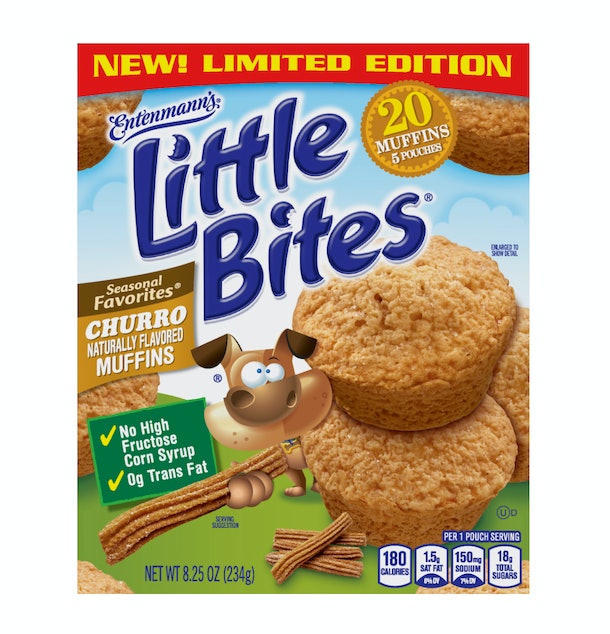 I know this hurts to hear, but I want to be totally upfront with all of you. Sadly, Entenmann’s latest and greatest creation will only be around for a short three to four months, before they are forever discontinued in the middle of spring 2019 (in late April or early on in May), according to the press release. So, you’ll definitely want to get your fill before they go out of stock. It truly pains me that they won’t last forever, I am nevertheless eternally grateful for these delectable little snacks.

Entenmann’s has always had the key to my heart, though. Almost exactly one year ago in May 2018, the packaged snack company was actually seeking out a Chief Donut Officer. Fans were able to enter by filling out a simple entry form on their website, and answering questions like how to "spread the love of Entenmann’s Doughnuts." Then, if you were 100 percent eligible (aka if you were a U.S. resident who is 18 years old or older) you would be placed in the running to win the honorary Chief Doughnut Offer title, as well as a $5,000 cash prize. I don’t know about you, but was — hands down — one of the coolest sweepstakes I’ve yet to enter. Sadly, though, I did not win. My life goals were totally crushed that day.

Well guys, it looks like 2019 is the year of Entenmann’s. I mean, seriously, a churro-muffin hybrid? You have got to be kidding me. They’ve outdone literally everyone, and to be completely honest with each and every one of you, it’s the greatest gift I could have asked for this year. The short life of the Churro Muffin is undeniably devastating, but as Robert Frost once wrote, "Nothing gold can stay." I definitely feel that.

‘True Detective’: The Cast & Everything Else You Need To Know Before Season 3 Premieres
World News