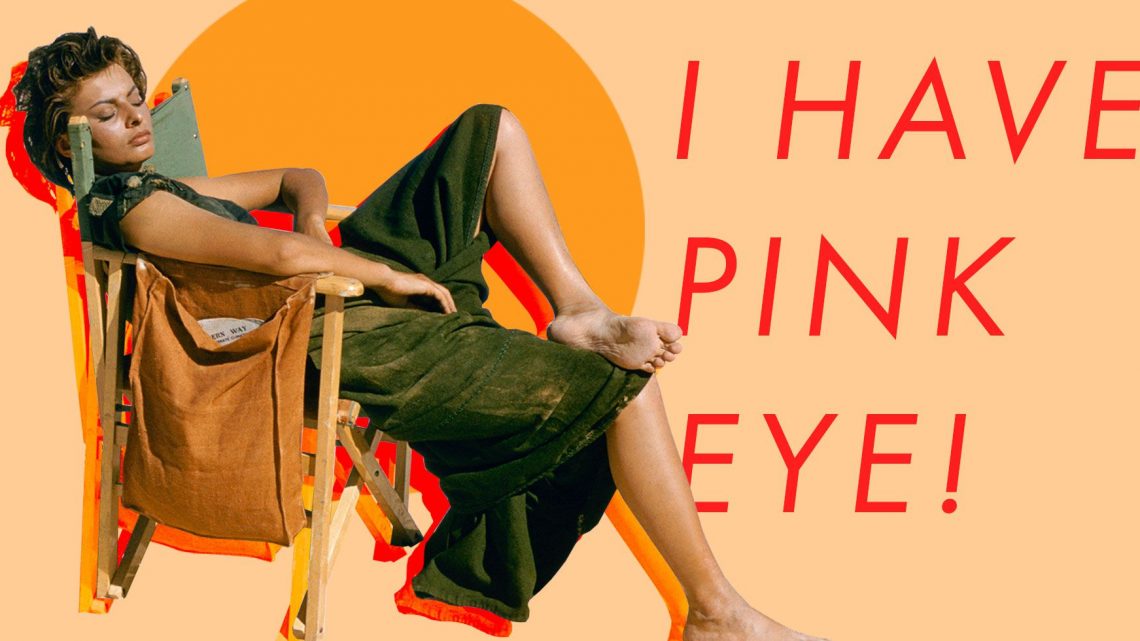 LBH: There are plenty of days when you just don’t want to drag yourself out of bed and into work, even if you don’t have a super legit excuse. Most of us will play it safe and head on in, but when in need, feel free to pull out one of these 15 genius little fibs.

“I skipped my allergy pill and rubbed my face all over my dog.”

“Years ago, I had a job interview and wanted to take a sick day instead of a vacation day. The day before my interview, I skipped my allergy pill and rubbed my face all over my dog, knowing it would give me a terrible allergy attack. I spent all day at work pretending my allergy attack was an oncoming cold so no one would question my sick day!” —Mandy, 29

“I have food poisoning.”

“I’m a huge fan of the ‘explosive diarrhea excuse.’ Just say, ‘I have a stomach bug’ or, ‘I have food poisoning,’ and let their imaginations run wild.” —Roman, 29

“In Buffalo, we use the line, ‘I’m stuck in a ditch,’ and nobody ever questions it. There are lots of ditches for water runoff, lots of snow, and lots of ice on the roads. If you haven’t gotten stuck in a ditch, you’re probably a shut-in!” —Shayna, 21

“When I worked in retail and wanted an excuse not to go to work, I said I had pink eye. Nobody questions it, and it’s so gross and contagious that they’re like, ‘Ew, don’t even come in.’ Also, you don’t have to fake a sick voice or anything. You can sound fine and still have pink eye.” —Hannah, 25

“My old boss used to always say that he had to take care of his ‘sick child.’ But we found out he didn’t have any kids and he was always just talking about his dog, who he called his child!” —Ari, 29

“I’ve been up all night with a stomach bug!”

“Here’s what you gotta do: Write and schedule an e-mail to go to your manager in the middle of the night, like somewhere in the 2:30 to 5 a.m. window that says, ‘Hey, I’ve been up all night with a bad stomach bug. I’m hoping this resolves quickly but I might need to call in sick tomorrow.’ Then, send another e-mail before work that says, ‘I’m still not better, I’ll be out today.'” —Caitlin, 25

“My bathtub fell through my ceiling.”

“I decided to take a girls’ trip to Vegas for my BFF’s bachelorette party and told my boss that my bathtub fell through my ceiling and I would be out for three days because of the repairs. He totally bought it!” —Molly, 35

“My fiancé called off our engagement.”

“I wanted to help my little sister move into her college dorm her freshman year; however, it required me taking off a Friday and I had already used all of my vacation days. I called my boss the night before and told her that my fiancé and I called off our engagement and that I needed a day off. She felt so bad about it and told me to take as much time as I needed to mourn the loss of my relationship. I had to pretend three weeks later that we got back together and we were happily engaged again. My fiancé wasn’t too pleased about it!” —Karen, 30

“My cat got stuck on the side of the bathtub.”

“One time I told my boss that I would be late to work because my cat got stuck in the side of the bathtub and I needed to wait for the fire department to get him out—this story really did happen, but a few days earlier.” —Leah, 20

“I told my client that my little brother shat himself.”

“I canceled a lunch meeting with a client because my crush asked me to get coffee at the same time. I panicked and told my client and boss that my little brother shat himself at school and needed new clothes.” —Rachel, 21

“I wasn’t in the mood to go to work because it was such a beautiful day. So instead, I went to the Hamptons to start a long weekend and told my boss that it was my half-sister’s grandma’s birthday and that I would be out for the day.” —Ally, 27

“My cat is having kittens!”

“I skipped work because my boyfriend surprised me with tickets to see Beyoncé and Jay Z one summer. I ended up telling my boss that my cat was having her kittens and I needed to be there for emotional support.” —Kayla, 21

“My sister was going into emergency labor.”

“Once, I told my supervisor that my sister was going into emergency labor and I had to get to the hospital since I lived the closest to her. My boss let me take off two days to be with my family. I don’t even have a sister.” —Dylan, 26

“I stubbed my toe really badly.”

“I was already running super late to work and didn’t really feel like showing up. I decided to call up my boss and tell her that I stubbed my toe really badly and that it was swelling up. I’m a waitress so I have to be on my feet all day. I added that I didn’t want to risk dropping any plates on customers, which totally helped me get out of work.” —Anna, 19

“I called up my boss and told her my car got a flat tire.”

“My favorite store was having their annual summer sale, and the only time I would have been able to go was during work. I called up my boss and told her my car got a flat tire and that I was stuck on the side of a road waiting for AAA to show up. She offered to come pick me up from wherever I was, which made me feel even worse about my lie. Eventually she let it go and told me to take the day off.” —Amy, 21