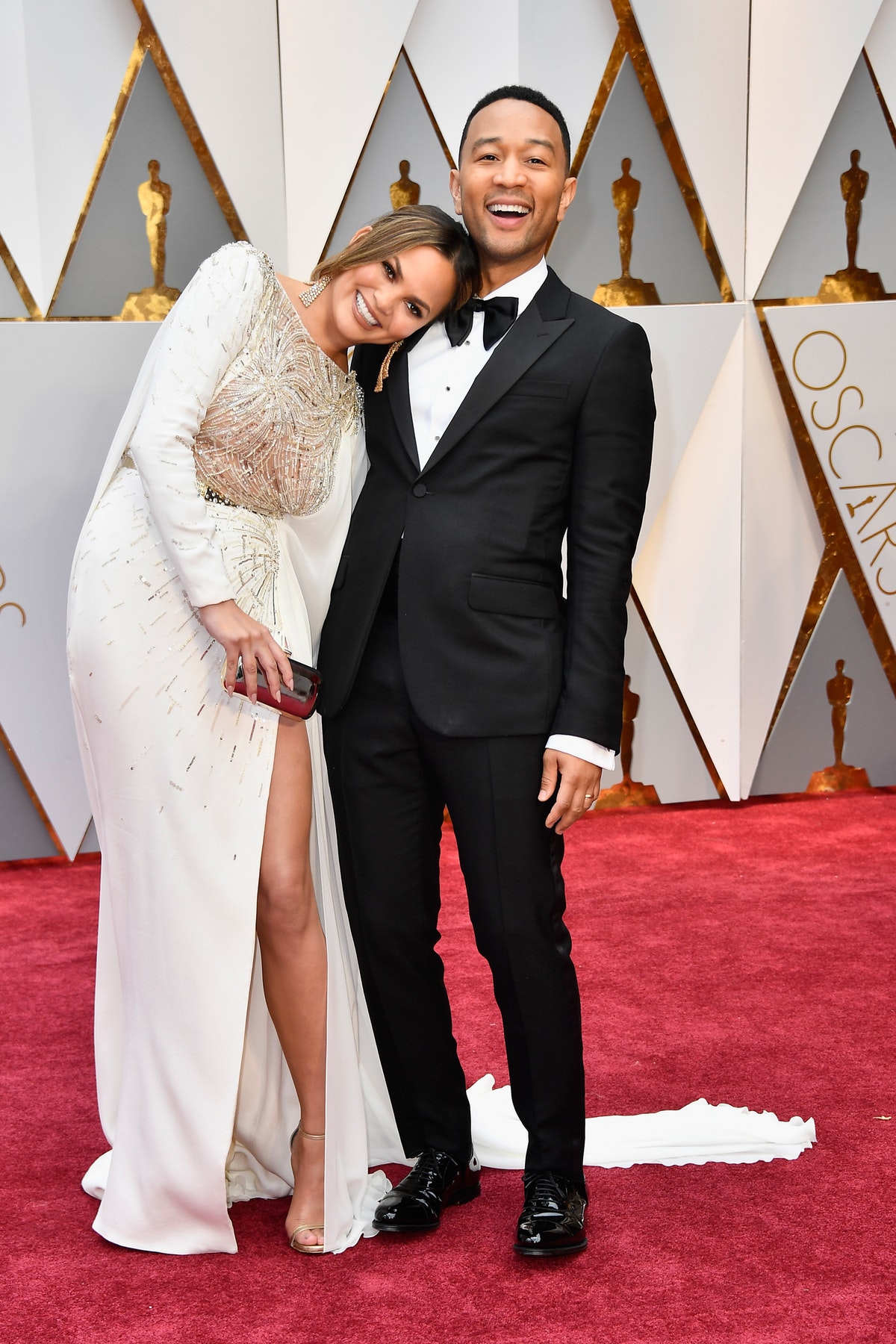 What would the world look like without celeb couple Chrissy Teigen and John Legend? Bleaker, definitely. Sadder, absolutely. But most importantly, there would be so much less trolling on social media, and I honestly don’t want to know how the world would deal. We all know that Chrissy Teigen is the queen of roasting people on Twitter, but there’s one person who she loves to troll most of all (no, not Trump). Of course, I’m talking about her husband, John Legend! And this year, Teigen has pulled all the stops to make sure that it would be her best year yet. That’s right you guys, we’re talking about Chrissy Teigen trolling John Legend in 2018, which means we’ve got a lot to go over.

And for anyone who raises the question about John Legend and his trolling skills: While we know for sure that the EGOT singer has a sense of humor, he simply cannot beat his wife. It’s just not possible.

Let’s get started, shall we?

1. When she revealed that John Legend steals all of the phone chargers.

Well, if you’re Chrissy Teigen, that’s precisely the issue. She took to Twitter back in February to call out her husband’s thieving ways in a hilariously sarcastic way:

2. When she demanded answers about her husbands lies.

When you’re married to someone as talented as John Legend, it’s probably difficult to keep up with all of the things he’s doing (especially if you yourself are a boss like Chrissy Teigen). So when she found out that John Legend was nominated for a song he "apparently wrote for "Spongebob Squarepants," she was suspicious of all the other things he may be conveniently leaving out their conversations:

She does raise a good point on this one. John Legend, fill your woman in every once in a while! Geez.

3. When she trolled the fact that her husband is an Arthur look-alike.

You must be living under a rock if you’ve yet to witness the uncanny comparison between John Legend and the "Arthur" character. They oddly look alike, and fans all over social media have had no issue discussing the similarities. But when Teigen posted a picture of her daughter Luna with an Arthur stuffed animal and captioned it, "Luna and Daddy," it was officially game over. Add in the fact that John Legend himself responded, in a screenshot captured by popular Instagram account @CommentsByCelebs, it simply can’t be beat:

Some of your best work, @chrissyteigen. #CommentsByCelebs

God bless Chrissy Teigen for her relatable sense of humor. And I guess we should thank John Legend, too, for rolling with the punches.

4. When she poked fun at the fact that he was at an awards show while she was home with their newborn son, Miles.

Picture yourself as Chrissy Teigen for a moment. After you’ve stopped screaming with delight, imagine yourself being Chrissy right after Miles was born. You *probably* need a little bit of help, right? Well unfortunately for you, your husband John Legend (!!!) is busy attending the Billboard Music Awards, so you’re on your own.

Teigen took to Twitter on May 20 to sarcastically scold John for not taking care of his child. "Wow didn’t u just have a baby John smh go take care of it !!!!!! disgusting," she wrote, alongside the screenshot of Legend side-by-side with a photo of Miles on TV — which was clearly a joke, because this is Chrissy Teigen we’re talking about:

Considering Chrissy Teigen faces backlash with nearly every parenting situation she posts on social media, it’s actually kind of amazing to see her turn the tables, even if it is in a joking way.

5. When she simultaneously wished her husband a happy anniversary while calling him out for stealing her thunder.

Chrissy Teigen and John Legend celebrated their five-year wedding anniversary on Sept. 14, and the photo she posted to Instagram is a lovely image of the two of them on their wedding day. Her caption started off beyond sweet, thanking Legend for all that he’s given her in their life together… but then things got real shady real quick:

That’s right, you guys. In her post dedicated to her anniversary, she casually slipped in the fact that she’s angry that Legend announced that he’d be joining The Voice as a coach on the same day Teigen announced her Target kitchen line, and her news seemingly paled in comparison to his.

But hey, if you ask me, I’d take a trip to Target over watching The Voice any day, so who really won?

6. When she trolled her husband’s downfalls while congratulating him on receiving an award.

It was announced that John Legend was chosen as the Art of Elysium’s 2018 Visionary Award, which is a pretty big deal. Fortunately, Chrissy Teigen was there to keep him humble by poking fun at the fact that, despite winning a Visionary Award, he has poor eyesight. On Jan. 8, she took to Instagram and wrote,

Ah, yes. Nothing like undermining an accomplishment with a subtle (yet efficient) jab. Good job, Chrissy!

7. When she really drove the point home about John’s busy work schedule.

In case you missed it, John Legend performed at the Rockefeller tree lighting performance this year, but pre-taped his portion on Thanksgiving Eve because he would be on tour on the actual day the event took place. Understandable, right?

Well, while reassuring a fan that he wouldn’t be missing his Maryland leg of his tour on Twitter, Chrissy jumped on the bandwagon and roasted John Legend and his hectic schedule with just a few simple words. She jokingly tweeted, "’hi’ – your kids," to emphasize the fact that he’s a very (VERY) busy man:

Thanks, Chrissy, for giving us a year filled with sarcasm and wit. Can’t wait to see what your 2019 Twitter feed brings us!