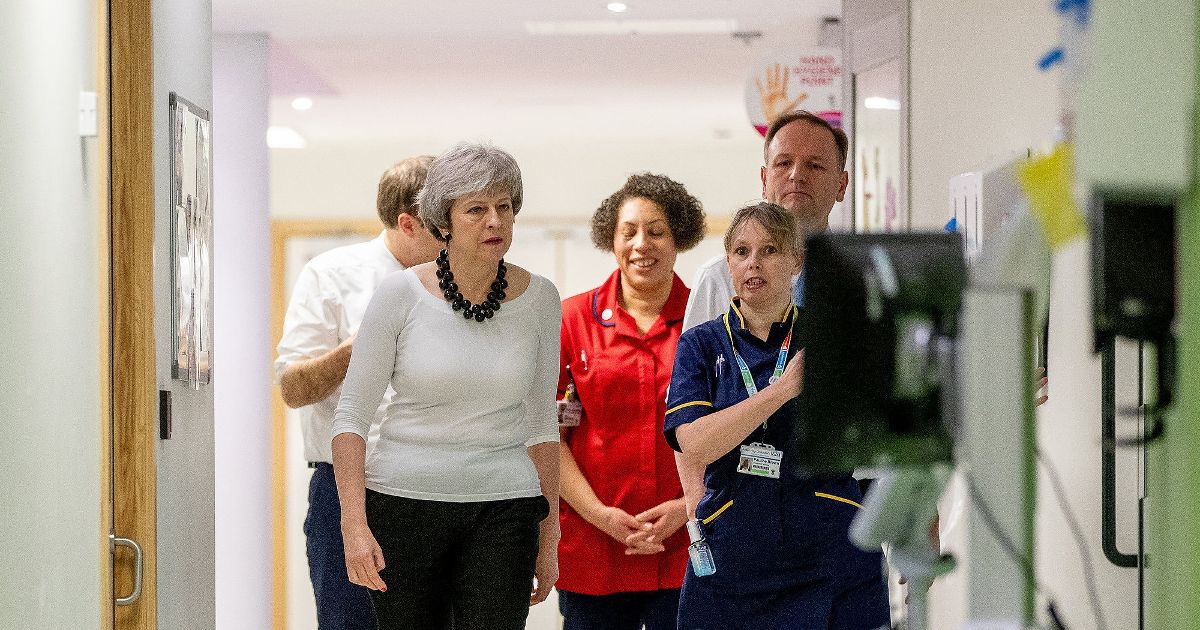 A landmark bid to boost the NHS is doomed to failure unless Theresa May tackles chronic staff shortages, experts warn.

The PM outlined a £20billion plan today including better cancer care and Skype chats with doctors.

But NHS Providers said: “This cannot be delivered while trusts have 100,000 workforce vacancies.”

With the NHS desperately short of staff due to years of underfunding by the Tories, health chiefs were hoping ­the new 10-year plan would finally address the problem.

But Theresa May made no mention of ­plugging the dangerous recruitment gaps as she outlined a blueprint for the future of the treasured service.

Instead, she offered skype chats with doctors and ­appointments via apps in a bid to save yet more cash.

And millions of A&E patients face even longer spells on trollies as waiting time targets could be scrapped, NHS boss Simon Stevens admitted.

While the proposals for better cancer treatment, mental health and home care in bid to save half a million lives by 2028 were welcomed, health experts last night warned they were doomed to failure without investment in extra staff to deliver those services.

“We need urgent action to solve what trust leaders describe as their biggest problem. It’s a major concern that we will have to wait longer to get the comprehensive plan that is needed.”

“The Government must act now, or its plan will fall at the first hurdle.” Society for Acute Medicine president Dr Nick Scriven said: “This plan will fail unless the Government provides more money for doctors, nurses, GPs and hospital beds.”

“They have failed to recruit and train the staff desperately needed, leaving our NHS struggling with shortages of over 100,000 staff.

“While the aspirations for improving patient care has outlined today are welcome, the reality is the NHS will continue to be held back by cuts and chronic staff shortages.” Royal College of Nursing general secretary Dame Donna Kinnair said: “We welcome the ambitions outlined in the plan, and it deserves to succeed.

“But translating good intentions into better treatment and care for patients relies on having the right number of nurses with the right skills across our NHS.

“Three priorities of the plan are cancer treatment, mental health and caring for patients at home.

“This is the right direction, yet with 40,000 nurse vacancies in England, cancer centres are struggling to recruit specialist cancer nurses.

“We have lost 5,000 mental health nurses since 2010, and district nurse numbers fell almost 50%. As the Prime Minister said in her speech today, the NHS’s biggest asset is its staff. It is strange then that this plan offers no money for nurses to develop the specialisms and skills patients need.”

Mrs May made no promise to keep the four-hour waiting time target for A&E. If it is scrapped patients who have non-life ­threatening injuries are likely to be left languishing on trollies for longer, Mr Stevens warned.

He said: “The problem with the four-hour target is it doesn’t distinguish between turning up with a strained finger or a heart attack.”

Standards in A&E have plummeted to the worst on record. The four-hour target has not been met since 2015. The 10-year plan claims ­developments in genomics, hi-tech surgery and ­artificial intelligence could help save lives. A third of hospital ­appointments, 30,000 in total, will be replaced by Skype ­consultations by 2028.

The money will bring its budget closer to the annual rises it has received on average in its 70-year history. Mrs May said cash will be diverted to a “digital first” revolution, community care teams and mental health. She unveiled the proposals on a visit to Alder Hey ­Children’s Hospital in ­Liverpool. The PM said: “We have been ­slipping against targets. We need to see efforts in terms of ­performance and improving performance.

The NHS is asking the PM to rip up the 2012 Health and Social Care Act, which split the service into numerous smaller bodies and privatised parts.

And the plan said undoing the reforms would lead to more “rapid progress” in helping different parts of the NHS work together.