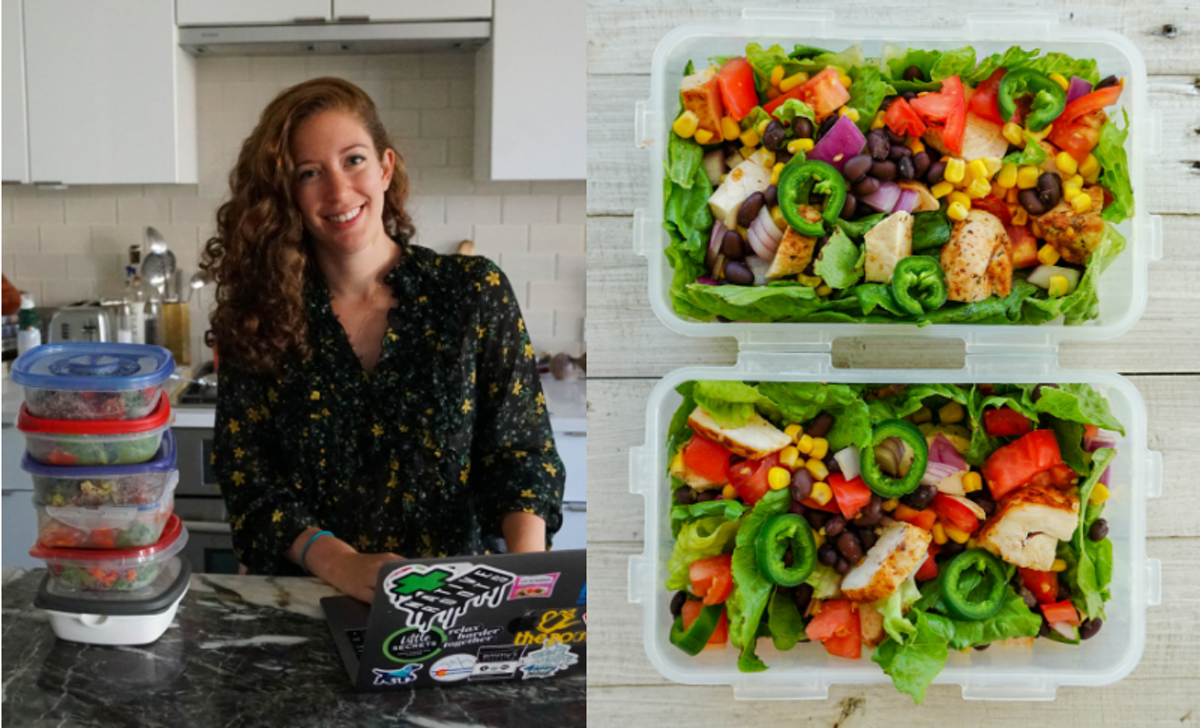 In a post-Kardashian world, every millennial thinks they have what it takes to go viral, but few consider what that online fame actually looks like in a person’s daily life. In Elite Daily’s new series Life Behind The Likes, we speak with the people you know on the internet — from the people behind major Instagram accounts to the Daaaaamn Daniels of the world who went viral for one remarkable moment of their lives — to meet the people behind the screens.

These days, it’s hard to open up Instagram without coming across a picture of food. From major companies to social media bloggers, it seems that meal planning (and prepping) is everywhere these days. But, in a sea of similarities, Talia Koren, founder and head recipe writer at WorkWeekLunch, stands out. Her meal prep recipes are focused on saving you time and money in the kitchen, all while still cooking up fresh and delicious food, which is likely why her @WorkWeekLunch Instagram account became so popular.

Koren started WorkWeekLunch in June 2016 while working full-time as a health writer for Elite Daily. She rolled out an Instagram account and a blog all at once to document her made-from-scratch recipes. Frustrated by always feeling less than stellar after eating out during her lunch break, she decided to start bringing homemade lunches to work. "I knew cooking my own food would help me save money and I wouldn’t be as bloated and tired during the day," Koren tells Elite Daily in an interview. So, she brought in fresh, home-cooked meals chock full of nutritious ingredients like broccoli and salmon, chicken and salad, and other easy, healthful recipes.

"For me, it’s never been about weight loss or fitness. I’m not a fitness person. It’s always been about saving money and feeling good," Koren explains. 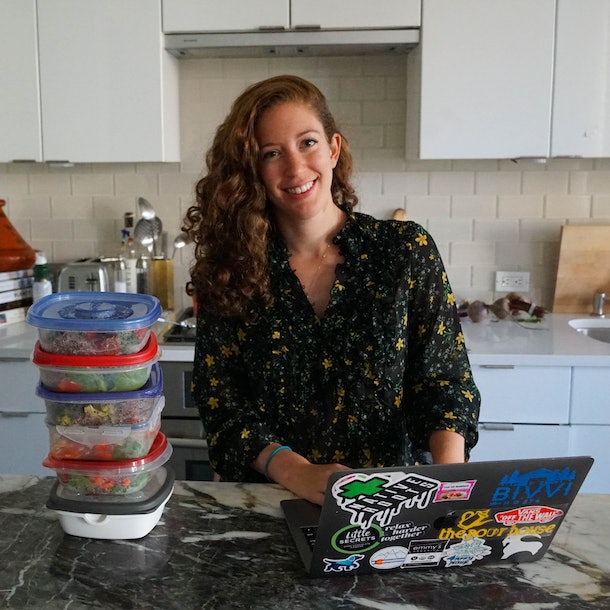 Her lunches eventually caught the attention of her co-workers, who wanted to know how she did it.

"My coworkers were always like ‘I don’t know how to cook,’ ‘I’m too lazy,’ or ‘I don’t have time for this’ and I’m thinking like, ‘Yes, you do,’" says Koren, who has always wanted to start her own business. "So, I wanted to dig a little deeper and figure out how can I help people break that barrier. That’s when WorkWeekLunch was born."

During the first six months of her business, she only had around 1,000 followers on Instagram by the end of 2016. Koren admits that between working a full-time job and other obligations, it was hard to pour all of herself into WorkWeekLunch right at the launch. It took time for her to build up her following, but her perseverance has paid off. The WorkWeekLunch Instagram account has over 203,000 followers as of January 2019.

It wasn’t all done overnight. It took Koren quitting her full-time job with Elite Daily to start to see the light at the end of the tunnel. By June 2017, WorkWeekLunch hit 10,000 followers. Just a few months later, as summer was coming to a close, she picked up another 40,000 followers. It would only before a few more months before the account hit 100,000 followers in December.

Despite the impressive and rapid growth of the meal prep site, WorkWeekLunch didn’t become Koren’s full-time business focus until September 2018. After leaving Elite Daily, Koren dabbled in freelance writing and working as an independent Instagram consultant to help other businesses gain followers and develop content.

Koren attended Ithaca College, where she studied film and writing. Becoming a social media recipe creator and meal prep extraordinaire wasn’t on her radar upon graduation, but she couldn’t be happier with where her career has taken her. 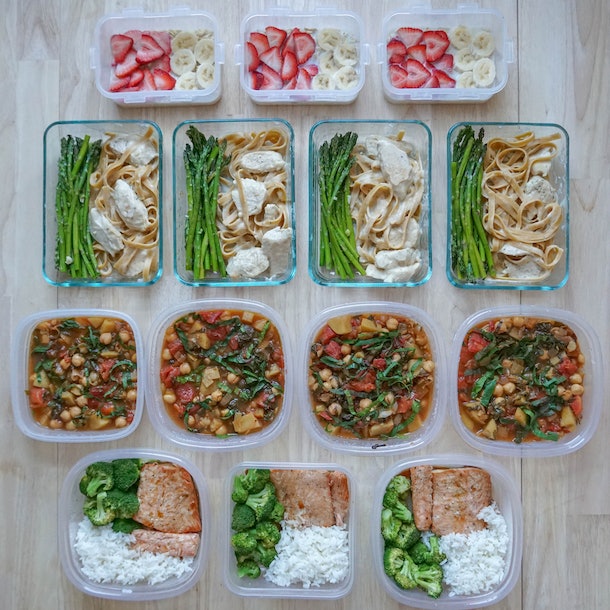 "I grew up in a family that liked to cook, so the idea wasn’t foreign to me. When I graduated college, I wanted to be a talent agent," she says. "But I love this, I seriously do. I think about food in a creative way all the time. There are so many recipes I want to try. I want to help people have an easier time with food and not have it be so stressful. That’s what I want for my customers."

These days, Koren spends most of her time tending to the meal plan subscription she offers through WorkWeekLunch, managing her WorkWeekLunch Facebook group, and her 15,000 email subscribers. The WorkWeekLunch meal plans, which launched in June 2018, cost $7.99 per month and includes 16 meals for the week— two breakfast options and three main meal recipes.

"My meals are protein, veggies, and carbs. That’s the breakdown of every single recipe," says Koren, who currently has over 1,000 people who subscribe to her meal plans. She credits the large customer base to her success on Instagram. "When I started reading recipes, I was like, ‘Well, OK, you just make chicken, but what goes on the side?’ You know, now you have to find another recipe to make on the side and that was a big pain. I want my recipes to include the entire dish, so you’re getting a main and two sides."

For her subscribers in the U.S. (and yes, she has an international following, too), Koren estimates that people spend between $30 and $50 a week on food. For a couple, that price point increases to roughly between $60 and $80.

When she first started meal prepping for herself, Koren estimates that she saved $250 a month by planning out her food for breakfast, lunch, and dinner. She’s quick to mention that, before meal prepping, she was "eating out a lot" while living and working in New York City. Now, she and her partner try to keep their weekly grocery budget to about $90 for all of their meals together. 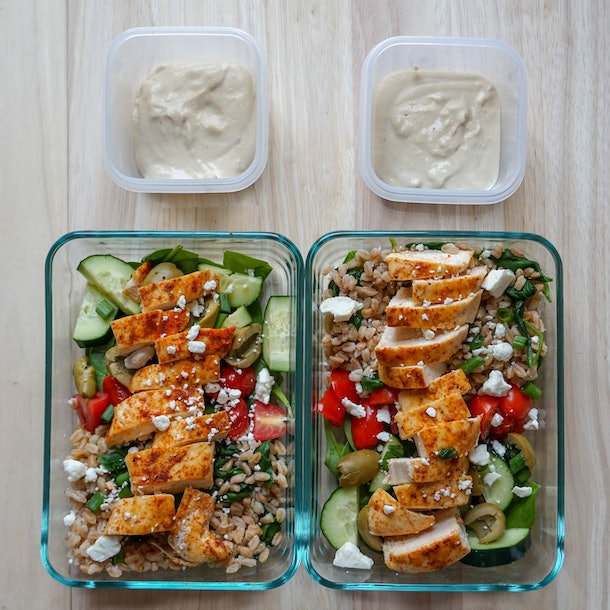 "The price point is huge and a meal prep-focused audience will appreciate the savings," says Koren, who is from New Jersey and currently lives in Queens. "My followers are meal prepping because it saves money."

Koren estimates that she responds to anywhere from 50 to 100 direct messages from her Instagram followers each day. Her Stories include videos of her cooking, original recipes, images of her own meal prepping adventures, and other cooking-related content. A quick scroll through the WorkWeekLunch Instagram account shows an array of colorful (and healthy) foods.

"Being in the health department at Elite Daily and writing articles, it really opened my eyes to the fact that we need to stop telling people to lose weight. It is not a healthy mindset to have for life that you constantly need to fix yourself," she says. "Let’s use food as a tool. Let’s use meal prep as a tool to create more time and money in our lives so we can do more of the things we live to do. That’s my approach to this business."

While balancing all of this, Koren also has the delicate task of determining which types of content her fan base wants and how to present it on Instagram. After more than two years of organically building up followers on Instagram, she’s got a pretty good feel of what her followers want to see and knows what is going to elicit a strong response.

"There are certain things that I’ll share in my Stories and other items I’ll just use as a post. Anything that’s a quick tip or quick comparison where I can communicate a concept in an image and a couple of sentences that are going to be posted," says Koren, who notes that her followers are always interested in her kitchen gadgets. "If there’s something on my mind and it’s more personal, I put it in Stories because it probably deserves a little more attention." 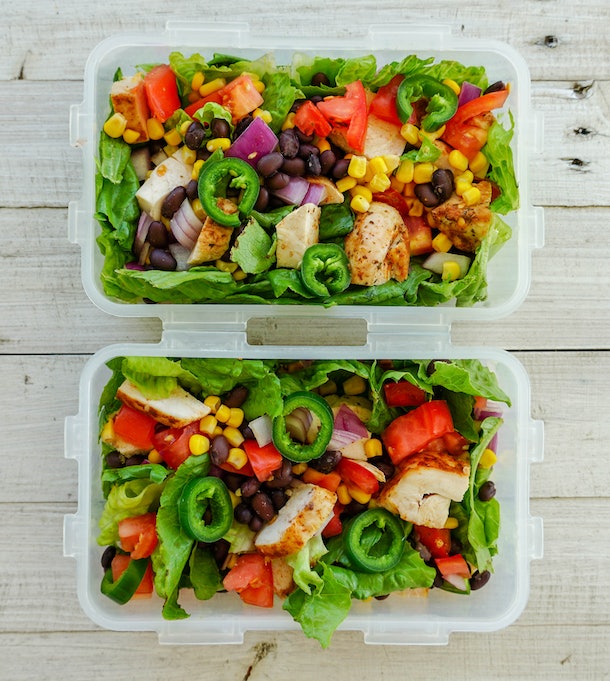 Koren views Instagram Stories as a place to find her most engaged audience members.

"If you’re watching Stories, you want more from that account," she says. "If you are just interacting with the Feed, you aren’t necessarily asking for more. The Feed attracts new people, but Stories don’t in my mind."

It’s all a part of her strategy to continue to develop and grow WorkWeekLunch for the long haul.

"If you are looking to build something on Instagram, my best piece of advice is to do it organically," says Koren. "Don’t pay for bots. People want to grow fast, but you’ve really got to get in the trenches, talk to your audience, and start conversations. Be there to help them, and don’t do it for the likes or that is going to come back to you in a big way."

Robert Blake Lashes Out at Police Who Accused Him of Wife's Killing: 'I'm Still Here, You Bastards'

What is Kate Middleton's royal title, will it change when Prince William becomes King and will she ever be Queen?
World News