Home » Lifestyle » ‘The Voice’: John Legend is one step closer to winning it all after his team’s performance 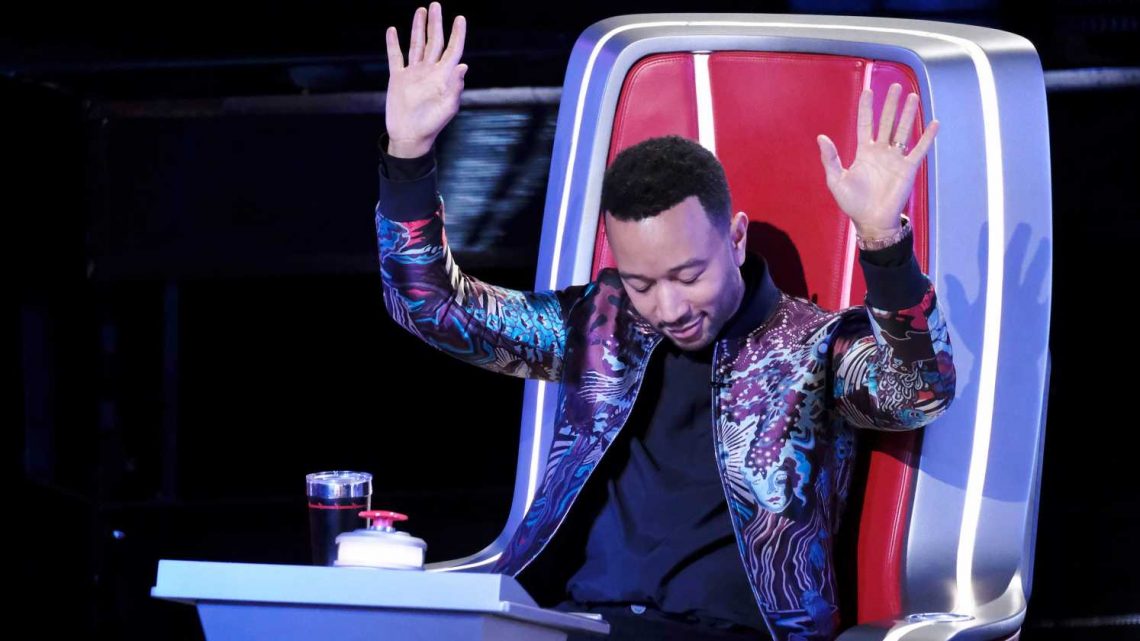 ‘The Voice’: John Legend is one step closer to winning it all after his team’s performance

John Legend, the newest "Voice" judge, is on a roll and wants to win it all. (Photo: Trae Patton/NBC)

The “Voice” semifinals are here.

The top eight contestants are all vying for a coveted spot in next week’s finale, but with only half of the field advancing tomorrow, the pressure to bring their A-games is even higher.

In addition to a solo performance, each artist had to sing a Beatles duet with another semifinalist, including hits “Hey Jude,” “Yesterday,” “Eleanor Rigby” and “Help!”

Here’s what happened this week:

Andrew Sevener kicked off the semifinals with a powerful rendition of Charlie Daniels’ “Long Haired Country Boy.” His performance earned a standing ovation from the coaches.

“I felt like we were at your show,” Kelly Clarkson said, while Blake Shelton added: “I don’t know where that came from, but that by far was your best performance.”

Although several coaches didn’t like the song choice (Clarkson: “I feel like you can’t critique this song or else you are going to hell or something”), Shelton defended his artist’s selection.

“I love that performance. I’m glad you chose that song,” Shelton said, adding, “Welcome to the finale.”

Rap sensation Kim Cherry wanted to prove she can sing, dedicating her performance of Janet Jackson’s “Together Again” to her late mother.

Cherry showcased her softer side by opening on the piano before confidently nailing several big notes in the end. She didn’t rap during the song, but didn’t need to.

“Thank you for singing!” Clarkson exclaimed. “You have such a huge voice!” Shelton added: “Let there never be a question ever again if Kim Cherry is a good singer first.”

Carter Lloyd Horne went big with a rendition of Hozier’s “Take Me To Church.” But the song may have been too big a challenge for him – he struggled with some opening notes.

Horne eventually found his stride, but with only half the field moving on the finals, it’s not clear if he did enough to advance. “I think the good thing you have going for you is that you did recover as the song went on,” Shelton said.

Dexter Roberts showed off his emotional side during 3 Doors Down’s “Here Without You,” trading his country roots for some good ole rock ‘n’ roll.

Clarkson called the move clever: “I love that you stepped outside of that genre, because I feel like there are so many (country artists) in the semifinals.”

Clarkson’s sole remaining singer is Rod Stokes, who charmed with his raspy tone on Vince Gill’s “Go Rest High on That Mountain.”

“I think you have this natural ability to touch people like no one can,” the “American Idol” alum said. “I’m so happy you’re on my team.”

One person who’s not happy? Adam Levine. “I still don’t understand how you’re not on my team,” the Maroon 5 front man declared. His entire team was wiped out last week.

In a dramatic red gown and singing on top of a white piano, Jarmon gave us chills with flawless high notes and control of her voice during the emotional ballad that she dedicated to her singing career.

“I obviously don’t have a horse in this race, but you should definitely win ‘The Voice,'” Levine said. “You are the absolute forerunner and the best we’ve got out here.”

Shelton added: “The control and poise you have, nothing rattles you. You are absolutely spot on every time you hit the stage.”

Shawn Sounds gave his team member a run for her money.

Performing on top of giant piano keys, the Texas native closed Monday’s episode with a soulful rendition of Donny Hathaway’s “A Song for You.” He dedicated the emotional song to his students in Houston.

Legend was on his feet nearly the entire performance.

“I want to thank you, Shawn, because you just put on a singing clinic for everyone tonight,” Levine said. “That was the craziest performance of the night.”

Clarkson added: “You have sung your tail off this entire season, but that was my favorite by far.”

NBA Draft Lottery odds 2019: How does it work this year?
World News