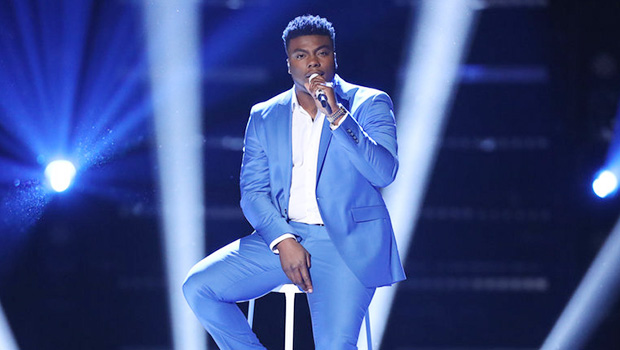 This is it! Tonight, December 18 is the conclusion of The Voice finale! After months of competing, a winner will be crowned as the season 15 VOICE! Who will it be? — Chevel, Kirk, Kennedy or Chris? Check out our recap!

The Voice season 15 will come to an end TONIGHT! On December 18, one of the four remaining artists — Chevel Shepard (Team Kelly Clarkson); Kennedy Holmes (Team Jennifer Hudson); Chris Kroze (Team Blake Shelton) — will be named as the season 15 winner. Adam Levine will watch the final results show from his coach’s chair, but from the sidelines. His last two contestants were already eliminated in weeks prior.

As season 15 comes to a close, Kelly is looking to make this her second win since joining The Voice. She won last season with Brynn Cartelli, who will return to The Voice stage tonight for a special performance. Meanwhile, Jennifer is looking to win the competition for the first time, ever. And, Blake Shelton, who is a favorite to win each year, has the winningest coaching record on The Voice, so many think he could take it all. BUT, it’s up to YOU — America.

During last night’s part one of the finale, each of the four artists performed three times — a special cover; an original song; and a duet with their coach. Last night’s performances will be a big determining factor for tonight’s results. So, be sure to cast your votes as the episode is LIVE. Check out our recap! Bastille and Marshmello perform “Happier”, AD IT WAS  performance was amazing.

It’s been a hard decision to choose who will be The Voice. DeAndre and Kimberli perform pit on the phone of the night winner if the night is