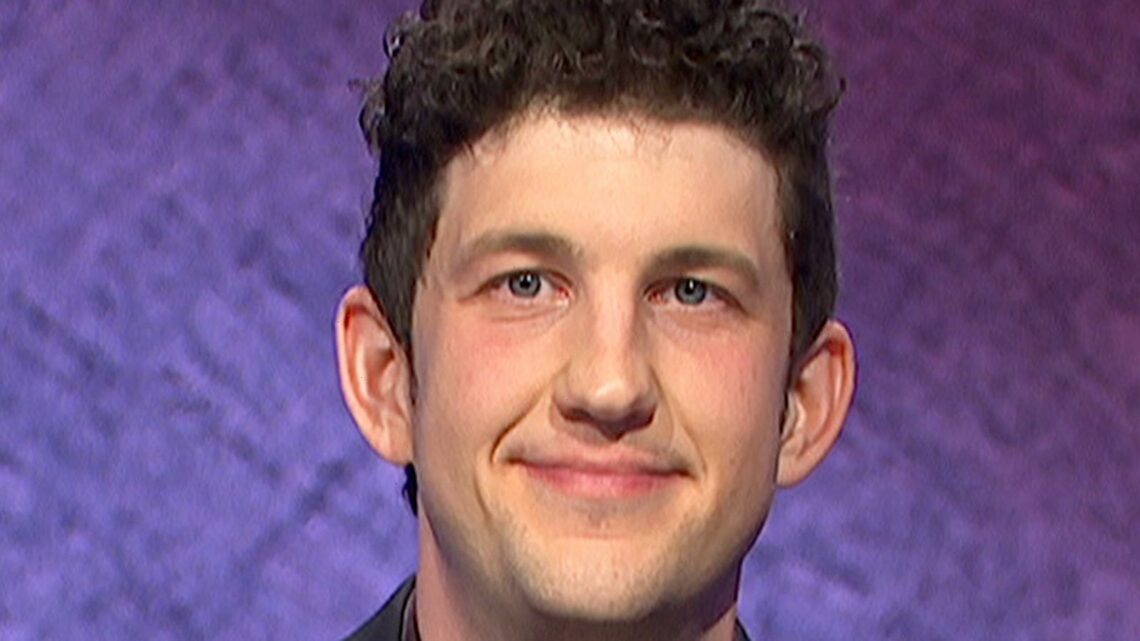 On Aug. 12, 2021, “Jeopardy!” contestant Matt Amodio made history. He became the third all-time highest winner, earning a grand prize total of $547,600. For the past few weeks, Amodio, a graduate student from New Haven, Connecticut, has been steadily progressing in the game show under a variety of different hosts. “The show has had so many brilliant people [on it],” Amodio said in a statement, according to Fox News. “I’m honored to be thought of as even close to them.”

Those in the way of Amodio become the highest “Jeopardy!” winner of all time are Ken Jennings and James Holzhauer. Holzhauer is sitting at the top of the leaderboard with a grand prize total of $2,520,700, and Ken Jennings is in a close second with $2,462,216, according to USA Today.

Recently, Jennings tweeted his praise of Amodio, saying, “This guy is the Jeopardy! story no one is following.” Then, Amodio admitted to Variety that being recognized by Jennings was surreal, as he is a big fan of the former “Jeopardy!” winner. “In terms of the top moments of my life, I assume getting my Ph.D. will be a good one. When I get married, that’ll be a good one,” he said. “I’m not sure they’re gonna unseat Ken Jennings recognizing me. That’s really number one in my book.”

Amodio has an unusual playing strategy on “Jeopardy!” — keep reading to learn more about it. 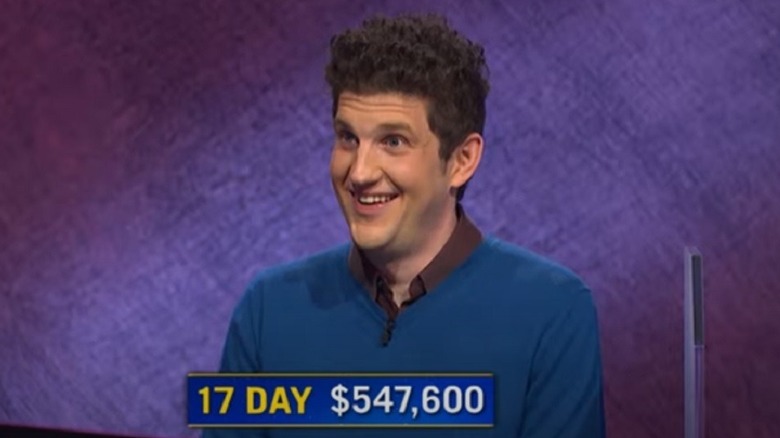 While speaking with the Yale School of Engineering and Applied Science, Matt Amodio revealed his rather unusual playing strategy on “Jeopardy!” In order to concentrate fully on the root of the clue, Amodio keeps his replies consistent. “I have a strategy where I form all of my questions with a ‘What’s’ at the beginning, then I can focus on the rest of the clue,” Amodio said. “Other people have been very upset about me being robotic instead of forming a question differently each time. I was glad that ‘Jeopardy!’ said this was perfectly within the rules. I’ve watched ‘Jeopardy!’ every day of my life, so I knew it was OK.”

Amodio credits his large breadth of knowledge to, of all things, Wikipedia. “I read everything there, but also get 10 or 15 links from that article to other things that I’m interested in,” he told Yale. “That cascades to more and more and, before I know it, the night’s over, and I still have thousands of things I still want to read. And it just starts over the next day.”

According to Fox News, on Aug. 13, 2021, in the final episode of the 37th season of the show, Amodio will face off against Nicolle Neulist from Chicago and Eric Shi from Houston.