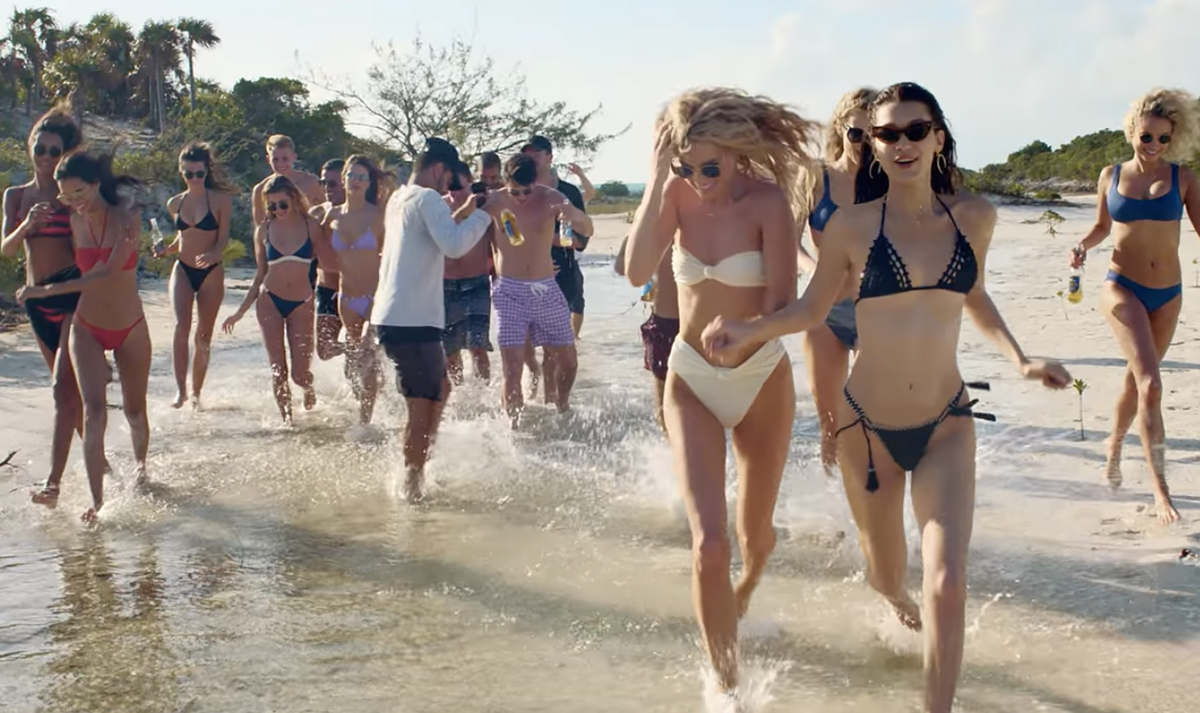 Waves of anxiety can come on fast and hard. If you’re prone to those kinds of feelings, consider yourself warned. Because even though it’s only 20 seconds long, Netflix’s first trailer for their Fyre festival documentary, reportedly titled Fyre, will probably make you pretty damn uneasy.

In case you’re not familiar or have blocked the catastrophic event from your memory entirely, here’s a quick recap about what happened — or rather, what didn’t happen — at Fyre. Fyre Festival was at one time hailed as "the must-attend festival of 2017." It was set to go down over two weekends in April and May on the private island of Fyre Cay in the Bahamas, with the starting price for one weekend package coming in at a cool $1,500.

The festival promised a star-studded line-up of multi-genre musical acts, gourmet food galore, luxurious lodging, and a scavenger hunt with some seriously cool prizes. So, did it end up being everything attendees had hoped and dreamed for?

Well, not exactly. Actually, not at all. Not even close. Fyre Festival was a complete and utter disaster of epic proportions. So much so, that it eventually landed one of the festival’s organizer’s — Billy McFarland — six years in prison after he was sued in a class action lawsuit.

So, back to Netflix’s Fyre trailer. It opens up with a bandana-clad guy telling the camera, "FYRE Festival baby, here we go." Uh huh. Here we go, indeed.

It then cuts to a quick clip of rapper Ja Rule — who helped co-organize the festival but was not reportedly involved in legal matters resulting from the bungled event — yelling, "Party like Rockstars!" Yeah, if only. That was certainly the expectation, but the reality was way, way different.

Flash-forward a few seconds later, and we’re shown what festival-goers saw when they first arrived at the venue. A bare beach lies ahead, littered with what looks like bare mattresses and a half-hearted attempt at a camp ground. "Oh my god," one person exclaims. "No! Turn this bus right around," another pleads.

The aforementioned "luxurious lodging" just looked like a bunch of giant mattresses in total disarray on a sweeping asphalt parking lot. The gourmet grub was a "sandwich" with two pieces of bread and a single slice of cheese, along with a small side salad. There was no music, there were no villas, as was originally promised. It was bad. Really, really bad.

At some point over the festival’s first weekend, organizers released a statement on its official Instagram (which has since been deleted) that read:

Eventually, all the festival-goers were safely transported from the island, but the damage had already been done. While there were plenty of updates throughout the weekend from attendees via social media, Netflix’s documentary — which rolls out in January 2019 — will undoubtedly provide a much more in-depth look.

And if that isn’t enough for any Fyre Festival enthusiasts, Hulu also reportedly has a docu-series about the festival in the works as well, just in case you’re the kind of peers who thrives on disaster and anxiety or whatever.

Henri Levy: Who is fashion designer getting friendly with Demi Lovato?