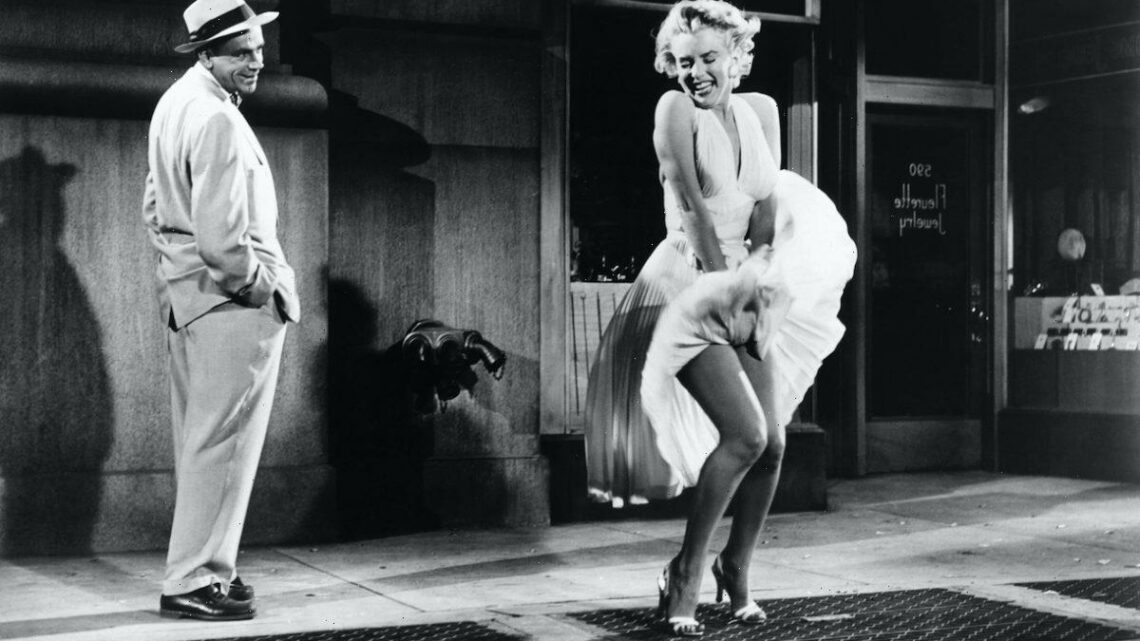 One of the most famous images of Marilyn Monroe is of the Hollywood legend holding down the flying skirt of her white dress. The scene comes from the movie The Seven Year Itch. And although she reportedly loved filming the scene, her husband at the time, Joe DiMaggio, was far from happy with it.

In fact, the famous flying skirt scene ultimately led to her divorce from the famous baseball player.

According to Marilyn Monroe: The Private life of a Public Icon, the Hollywood bombshell loved filming the scene with her dress blowing in the wind. As Monroe has revealed, she has always been very comfortable with her sexuality and never saw any shame in it.

Growing up in an extremely religious household, she was taught to view female sexuality as sinful. But this was something that Monroe could never buy into, and so as she grew older, she began to embrace her natural exhibitionist side.

And while filming the famous dress-blowing scene from The Seven Year Itch, she pursued the moment with pure bliss.

According to her biography,

“Marilyn’s exhibitionist side took over, and she thoroughly enjoyed doing take after take as the gusts of cool air blew her skirt up. The cameras rolling, the photographers clicking, the crowd cheering, ‘Higher! Higher!’ She turned this way and that, smiling and posing.”

But not everyone was all smiles that day.

Joe DiMaggio, Monroe’s famous sport’s star husband, was known for being the jealous type. Being married to Monroe, the biggest bombshell in Hollywood, did nothing to tame his possessive feelings. And this scene from The Seven Year Itch, in particular, is said to be the last straw in their marriage.

According to Monroe’s biography, after the scene was finished filming, the two got into a domestic dispute.

“When Marilyn returned from location, exhausted, in the early morning, they argued terribly,” the book reports. “Guests in neighboring rooms could hear them shouting at each other through the walls. The following day Marilyn had bruises on her arms that had to be covered with makeup.”

After that, rumors about their divorce began circulating. Soon afterward, they ended their marriage.

Protestors are demanding Marilyn Monroe’s statue get taken down

According to The Independent, a giant statue of Monroe with her flying white dress has returned to Palm Springs, California. Yet as it turns out, many people are upset with the statue and what it represents. Several protesters are deeming the sculpture as “misogynistic” and want it taken down immediately.

“The thought of those kids leaving our museum and having the first thing they see is the undergarments and underwear of this enormous Marilyn sculpture would be highly offensive,” said the director of the Palm Springs Art Museum. And according to The Independent, the sculpture has already received over 40,000 signatures to take it down.

20 Cute Shoes You're Going to Want to Wear For Spring, Summer, and Beyond
World News