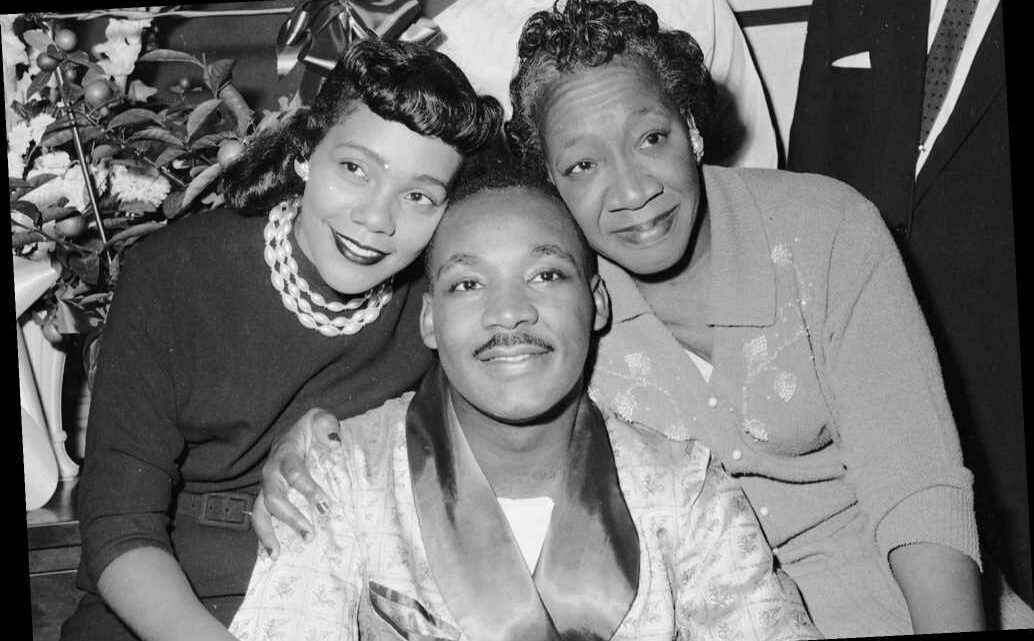 Martin Luther King Jr. Malcolm X. James Baldwin. These three men — among the most influential in the Civil Rights Movement — are celebrated for challenging racism and hatred through their prose, ideas and activism. During Black History Month, especially, Instagram feeds and classrooms are filled with inspiring quotes and lessons imparted to us by these leaders.

Yet little is known about the women who raised them. Anna Malaika Tubbs's biography, The Three Mothers: How the Mothers of Martin Luther King, Jr., Malcolm X and James Baldwin Shaped a Nation seeks to change that, telling the stories of Alberta King, Louise Little and Berdis Baldwin — the women who loved, taught and pushed their sons to greatness. Tubbs, a doctoral candidate in sociology at the University of Cambridge, tells PEOPLE that King, Baldwin and Little are important historical figures worth celebrating in their own right.

"These women were teachers, they were passionate about their writing and putting their bodies on the line in marches and movements throughout the country for racial justice," Tubbs says.

She continues: "They could not have done this [important work] without their mothers … we're missing out on a lot when we focus just on one figure," she says. "You're often going to find that it's women who are left out [of the spotlight] and women of color especially … we need to question that when we're in a time that we're celebrating women of color like Vice President Kamala Harris, Stacey Abrams and the Black women who led our country to a democratic nation." The women faced unique hardships but were close to their sons and inspired their fight for racial justice. Alberta King had to give up her job as a school teacher once she was married but continued to educate congregants at Atlanta's Ebenezer Baptist Church — the church her family built and where she would die in a 1974 shooting. Louise Little was an immigrant from Grenada and a passionate leader in Marcus Garvey's Universal Negro Improvement Association. Berdis Baldwin was a single mother when she had James, the first of her nine children, and would shield him from his abusive stepfather. She constantly reminded her children of the importance of love, freedom and forgiveness —  themes that permeate much of her son's writing.

Read on for some of the most illuminating anecdotes from Tubbs' book.

After completing her teaching certificate at Hampton University in Virginia, Alberta returned to Georgia and continued her relationship with Martin Luther King Sr., a charming pastor who Tubbs refers to as Michael, his birth name, in the book. (King Sr. changed his and his son's name from Michael to Martin Luther, the German protestant figure, after a 1934 trip to Berlin for the World Baptist Alliance, according to Stanford University's Martin Luther King, Jr. Research and Education Institute.)

The young school teacher was smart and stubborn, but she was also very loving, Tubbs says. "Upon Alberta's return [from Hampton University], Michael swept her up in his arms, saying, 'My bunch of goodness is back with me again!'" she writes. "Bunch" would become Alberta's official nickname.

Alberta pushed King Sr. to complete his education and tutored him through his schooling — a trend she would continue with her children, as she wrote King Jr. encouraging letters throughout his four years at Morehouse College. In his letters back, King Jr. would thank his mother for her lessons and said he bragged to his classmates that he had "the best mother in the world," Tubbs says.

Louise Little was a fiery activist and influential member of Marcus Garvey's Universal Negro Improvement Association, which promoted Black nationalism and economic independence, before meeting her husband Earl Little. Even as a married woman, Louise would continue her activism and educate Malcolm and his 10 siblings, teaching them the French alphabet, gardening and reading them the UNIA's paper, for which she wrote.

The most critical lesson she taught her children, however, was how to be courageous in the face of white supremacy. One night at their home in Omaha, Nebraska, a group of angry white men showed up at the Littles' house with shotguns and rifles, shouting threats outside their window, Tubbs writes in her book. Louise was home alone with her young children and pregnant with Malcolm at the time. After addressing the men, Tubbs writes, Louise "placed a hand on her pregnant belly and comforted her other children in the midst of the chaos." The men shattered windows but eventually left.

Malcolm X inherited his mother's "radical courage," Tubbs writes. When his home was firebombed in 1965, Tubbs believes he was calm and prepared for the attack after watching his parents experience similar threats throughout his childhood. Though Louise was sent to a mental institution for 25 years (under questionable circumstances, Tubbs adds) when Malcolm was a teenager, she continued to show resilience later in her life. "She was very lucid, clear and fine when her grandchildren met her," Tubbs says. "She wanted to tell her story to them."

James wasn't the only talented writer in the Baldwin family — Berdis wrote beautiful letters, praised by many of his teachers who credited the budding author's success to his mother. Tubbs includes this telling quote from Gertrude Ayer, the principal of James' first school in New York, in The Three Mothers: "She had the gift of using language beautifully. Her notes and her letters, written to explain her son's absences, were admired by the teachers and me. This talent transmitted through her is surely the basis of James' success."

Berdis not only encouraged James to express himself through writing but to choose love and forgiveness over hatred. When his abusive stepfather David was dying in 1943, Berdis pushed James to visit him in the hospital and "gain the closure he needed to let go of the hatred he'd carried for so many years," Tubbs writes. Hope and acceptance would be major themes in Baldwin's seminal works, including If Beale Street Could Talk and Notes of a Native Son, no doubt influenced by Berdis.