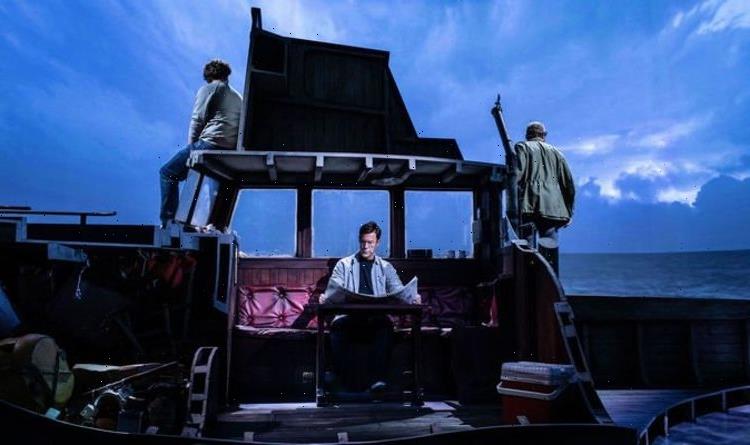 The Shark Is Broken REVIEW: Movie in-jokes keep audience on their toes 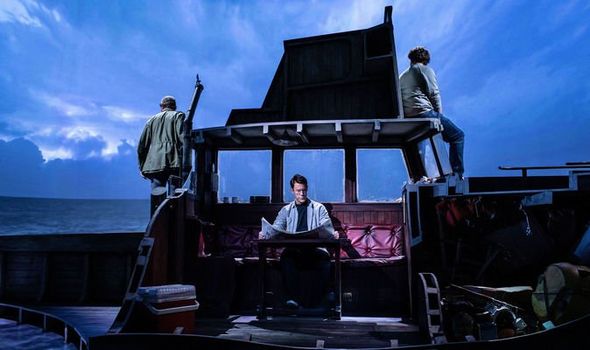 Stuck on a boat on the ocean with a seasick camera crew the three main actors did not get along. Robert Shaw was drinking heavily, Richard Dreyfuss was snorting cocaine while even-tempered Roy Scheider attempted to keep the peace. The three mechanical sharks kept failing in their sharkly duty and sank at inappropriate moments among other myriad problems.

Co-written by Shaw’s son, Ian (who also plays his own father) and Joseph Nixon, the play is a funny and occasionally touching account of the behind-the-scenes shenanigans.

Shaw Jr is the living image of his Dad and inhabits his cantankerous character in a candid yet affectionate tribute.

Demetri Goritsas as the cool but pedantic Scheider and Liam Murray Scott as the arrogant and insecure Dreyfuss complete a trio of mismatched personalities as they bicker and whine in between the occasional moments when they are actually called to action by an offstage Spielberg.

Duncan Henderson’s simple boat set – cutaway to display the interior cabin – is surrounded by Nina Dunn’s artfully designed seascape, complete with lapping/churning waves and scudding clouds; there were moments in the economical ninety minute running time that I felt quite seasick myself.

Director Guy Masterson keeps things moving so that the actors’ boredom never infects the audience; rather, the endless bitching, the movie in-jokes, the card games and Shaw’s attempts to teach the American actors how to play Shove Ha’penny are hilarious.

Their doubts about the film’s potential and concern over the inexperience of the young director play right into the mystery of popular culture.

As screenwriter William Goldman once wrote about Hollywood: “Nobody knows anything.”