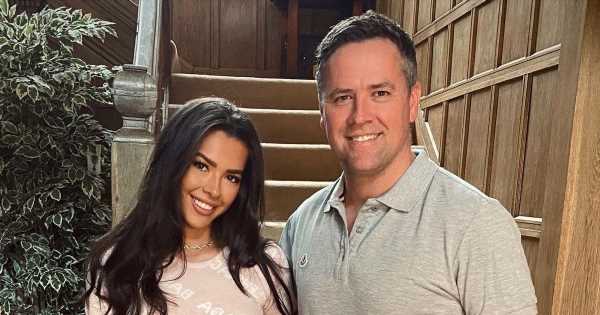 When Gemma Owen entered the Love Island villa viewers were eagerly waiting for her to mention her famous dad, but the 19 year old has mainly remained tight lipped about her father while on the dating show.

Gemma, who recently admitted that Luca would have given her The Ick if she met him outside, is the daughter of former professional footballer Michael Owen, 42, but she hasn't been shown telling her fellow Islanders much about him.

She's frequently mentioned her family on the show however, mainly her mum Louise, and viewers have been wondering why she hasn't brought up who her dad is so far.

However, former Love Island contestant Liberty Poole, who starred in the 2021 series, has opened up about why Gemma may be staying tight lipped about her famous father.

Liberty said: "I think details about our family that we spoke about wasn’t aired due to privacy."

"We aren’t allowed if we do we get told not to talk about production," the 22 year old revealed.

Many viewers were keen to know if the other Love Island contestants were aware of Gemma's famous father, and many Islanders who have been dumped have confirmed that many already knew before meeting her.

Afia Tonkmor, who was the first contestant to be dumped during this year's series, previously said that those on the show "don't care" about Gemma's dad's identity.

Speaking on Instagram, the 23 year old said: "If people do know – I did know before I went in because I watched her VT – but if they do know they don't care, nobody really cares.

"I don't know who he is. I know he's a football guy. It was never, ever spoken about in my presence."

Gemma's current partner Luca Bish, 23, recently mentioned her dad's football skills while the pair enjoyed a date on the beach, and Gemma has also opened up about her mum Louise on the show.

The 19 year old previously said that she'd want her mum's seal of approval before making things official with Luca and has been open about how her mum's opinions mean a lot to her.

Louise, who shares four children with Michael, is reportedly set to enter the Love Island villa during the ‘Meet the Parents’ episode towards the end of the series.

“None of Gemma’s friends are surprised Louise is the one who will be heading over to take part in the programme if required,” a source told the Daily Mail.

“Anyone Gemma’s ever met has had to impress Louise and she normally gets to meet them long before Michael does. Gemma and Louise are incredibly close and socialise together so she often gets to meet a lot of the guys she hangs around with.

“So far she’s been impressed with Luca and likes the way he behaves. But she will give him a very intense once over when she meets him.”