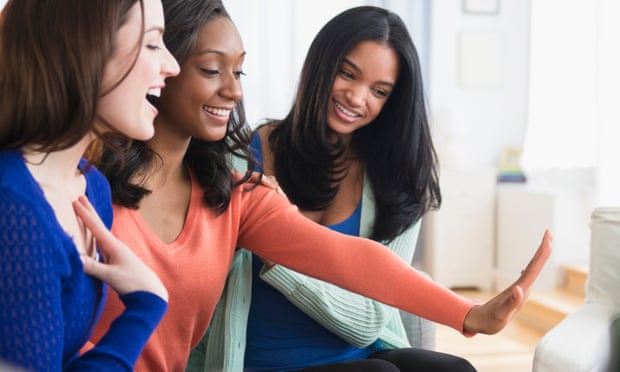 I can remember exactly where I was (a pub) when I first discovered the economics of wedding and engagement rings, I was that astonished: the groom is supposed to spend three times his monthly salary on the item. The reason it should be so expensive is that the ring has many functions; a gesture of such great love it should cost more than a boiler; a symbol of individual wealth becoming irrelevant as two destinies are conjoined; and a signal to the rest of the world of the scale of the catch you have just landed. But if it seemed ridiculous in the 90s, it seems even more outlandish now. Savings are so last century.

Poundland recently came to the rescue with a £1 “placeholder” ring: the idea is that you choose your real ring together, but this is a myth, like “first-time buyer”. No one can afford a “real” ring, or a separate wedding ring, least of all when they have to get married. The 20,000 “bling rings” Poundland sold, in a week, will be the rings everyone says “I do” to.

I got married, for the second time, less than a year ago. Without going into too much detail about how expensive getting divorced is, we were skint. My Mr wanted to get a £20 wedding ring from Argos; I wanted a secondhand ring for 20 times that. I won’t say it was the first time we argued, or even the first time we argued that day, but it was definitely the first time he gave me that “who even are you?” look. It is true that I do not seem like the sort of person who would make a rash decision for display purposes – unless it were, I don’t know, buying a Darth Vader suit for a dog.

But I knew two things: the first is that nobody ever knows what to say to you when you’ve just got married, so they tell you you look pretty, then they ask to see your ring. I don’t think this happens to men, but it sure as hell happens to women. If you have to do that 50 times, then you will basically spend the whole of your special day talking about Argos. You’ll probably get on to the subject of its tiny pens and its awesome distribution network more than once. That’s not to say a ring doesn’t bring potential negative externalities, since it’s hard to make conversation about adornments per se. I had a friend who said, “I can never believe how cheap antique jewellery is”, then sent me an elaborate apology. At that point, I genuinely was offended that anyone would think I could be offended by someone calling my ring cheap.

Second, that ring, unavoidably, becomes sentimental. When Snoop Dogg’s Beautiful is playing because you didn’t bring your own CD, when the registrar is asking you to check the certificate for errors, and you’re saying, “Yes, that’s fine, except you’ve misspelled ‘Southwark’, which is weird, as you have it embroidered on your tie”, that’s the ring you’re in. You will never replace that ring. You might buy another ring, but that will be your original ring. And if it oxidises and turns your finger a bit green, it is still your ring.

This doesn’t mean a Poundland ring is a bad idea; it’s brilliant. You just need to put FAQs on the invitation, with “Poundland” under “Where did you get your beautiful ring?”, so you don’t spend the day talking about the incredible value of its Halloween decorations. Also, buy seven. Because they might be cheap, but they probably won’t be built to last, even as long as the average marriage. Sentimental attachments are transferable between items, so long as they are identical.