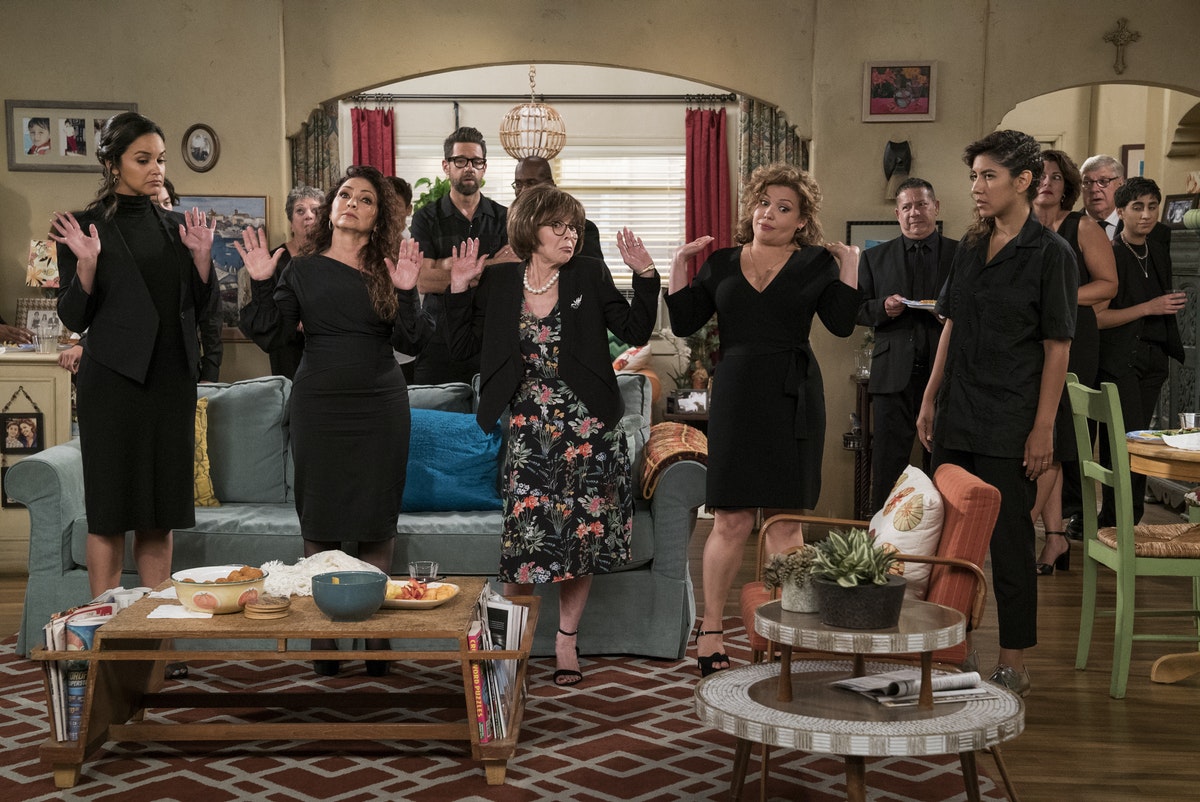 A beloved Netflix original, One Day At a Time perfectly captures a Latinx family in modern-day America. It’s the sitcom you need in your life right now, and lucky it’s about to come back with brand new episodes. The first two seasons are currently on the streaming platform, and the One Day At a Time Season 3 trailer teases major guest stars, including two Brooklyn Nine-Nine faves.

The trailer for Season 3, premiering on Feb. 8, shows that the Alvarez family have plenty more heartwarming and hilarious antics left to entertain us with. And, beyond that, the Netflix series has an impressive roster of guest stars in store. Among the most exciting new faces spotted in the first official look at Season 3 are Gloria Estefan, Melissa Fumero, and Stephanie Beatriz.

Details of their storyline, including why the extended Alvarez family is in town, has not been released, but they all make appearances in the trailer. And, by the looks of it, they will all be in the same episode. According to Deadline, Estefan, Cuban-American music icon (among many other things), will play Lydia’s (Rita Moreno) hated and estranged sister Mirtha. Estellita, Mirtha’s daughter, will be played by Fumero. And Beatriz will appear as Pilar, another Alvarez cousin. So, they will all be playing relatives, and, based on their all-black outfits in the trailer, it’s not a reach to assume that the reunion might be a result of a death in the family.

In addition to those guest stars, Deadline also reported that co-showrunner Gloria Calderón Kellett will play a role on the show, in a more-than-a-cameo type of way. She’ll play the new girlfriend of Victor (James Martinez), the kids’ dad. The outlet also reported that Kellett will direct the last two episodes of the season. The series will also add a new member of the Alvarez family, Penelope’s brother Tito, played by Danny Pino.

Isabella Gomez, who plays Elena, the oldest Alvarez child, has noted that Season 3’s impressive roster of guest stars provided some of her favorite moments this year. "Honestly this year was so crazy I can’t remember what happened in every episode," she tweeted. "Ask me again once it’s out and I’ve watched it, but maybe the first one with the B99 queens and Gloria." (This video of Gomez grooving out with Beatriz is a good sign that the episode might be one of your faves, too.)

In addition to these exciting guest stars, One Day At A Time will also welcome back Sheridan Pierce, who played Elena’s non-binary partner Syd, according to Deadline. And Elena isn’t the only one whose love life will be heating up. TV Line exclusively reported that Schneider (Todd Grinnell) will be getting a new love interest this season, Avery. And, as if that wasn’t exciting enough, Avery will be played by Grinnell’s wife, India de Beaufort. (Hopefully, the actor’s off-screen soulmate will be a perfect way to halt Schneider’s never-ending on-night stands.)

Needless to say, with all these new faces joining the Alvarez family, Season 3 of One Day AT A Time is not to be missed.