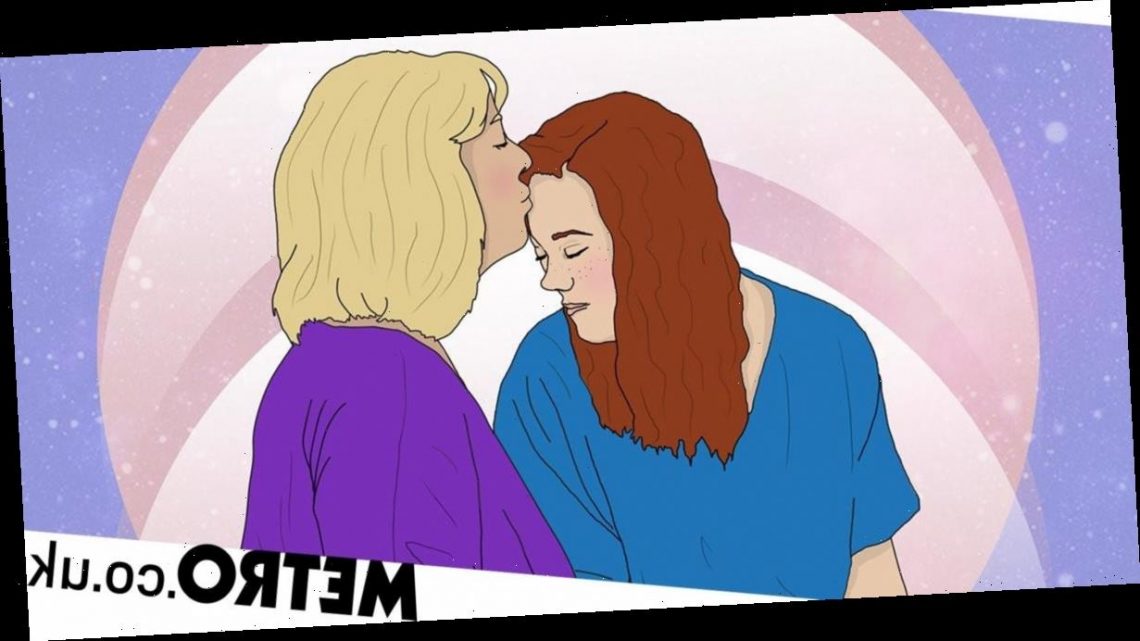 Millennials are the generation that just can’t catch a break.

Many of us emerged into adulthood during or just before a serious recession – and just as we were starting to catch our breath, we are being plunged head-first into another one.

Millennials are called the ‘boomerang generation’ because loads of us ended up back at our parents’ homes after we finished education only to find that we couldn’t get a job, and the rental/buying market was out of control.

And now it’s happening again. The coronavirus pandemic has landed lots of young-ish adults (in their mid-20s to mid-30s) back at their parents’, and for some, this is the second time this has happened.

But what is it actually like to find yourself back living with your parents, once again, when you’re a fully-fledged grown up?

Do you instantly revert to your teenage self, sulking in your bedroom, whining about what’s for dinner? Or is it possible to cultivate a new, grown-up relationship with your parents?

Jenny*, who is 27, moved in with her dad when she realised just how serious coronavirus was – she was worried about his health and wanted to help out.

‘He’s had all sorts of problems in the past and I wanted to be with him so that I could do his shopping and limit his exposure to other people, and also because he lives alone and I hated the idea of him getting lonely,’ Jenny tells Metro.co.uk.

‘It’s harder for older people who aren’t so good with technology to isolate alone, I think. Plus – he has a bigger house than me and the idea of three of us working from home in my flatshare wasn’t appealing.’

This isn’t the first time Jenny has moved back in with her dad. When she was 22 she moved home for a year while she was studying for a Master’s. But before that she hadn’t lived with him for a long time because she went to boarding school before university.

‘It has been a blessing for both of us,’ says Jenny. ‘We have both been able to bring the other up when one of us was down, and I don’t have to pretend everything is okay if it isn’t.

‘There’s something very reassuring about being with a parent over a crisis, plus he has a dog, which has really helped the coronavirus stress.

‘Frankly, it has also been helpful financially as he tends to cover the food shopping.’

Jenny says she also feels reassured being able to see that her dad was taking adequate precautions against the virus, as he falls in a higher risk group.

‘Though I do feel stressed whenever I think he’s not washing his hands often enough, and that’s been a source of contention for us,’ she adds.

‘The difficulties are that I am protective over him and therefore can nag him, because I’m desperate for him not to fall ill.

‘The other difficulty is that I feel like if I had a boyfriend I wouldn’t have moved in with my dad, and that only serves to underline my singledom.’

Jenny says that the dynamic hasn’t been at all what she expected. She says that even though she moved home to help her dad, he has actually been crucial for her during this difficult time.

‘I thought I was moving in to support him, but actually it has ended up being rather the other way around,’ she explains.

‘I have struggled much more with the social isolation than he has, and his work was largely unaffected by the change, whereas mine is much more difficult to do from home, and became incredibly busy.

‘We have definitely bonded and realised that we are very lucky to have each other.’

In a slightly different scenario, Ryan’s dad moved in with him for the duration of the pandemic.

Ryan, who is 27 and founder of The Life Kitchen, says he hasn’t lived with his dad full-time since he was 16, when he left home. The dynamic of having his dad living in his home, feels different for Ryan than if he were to move back into his parental home.

‘My dad was with me the day Boris announced lockdown and it just made sense for him to stay,’ Ryan tells Metro.co.uk.

‘I live in a tiny countryside hamlet on the outskirts of Barnard Castle and I don’t drive, so that helps too.

‘Having familiarity during this time was a god send to me.

‘He has kept me sane and been the dad that I’ve missed while I was off living in London.’

Ryan says they are getting on surprisingly well, and have only argued twice in four months.

‘I think that’s a record,’ says Ryan. ‘It has improved my mental health having that support network, and I’ve learned that I always want to take care of him.

‘Losing my mother has strengthened our bond, and I know now where my priorities lie.

‘The only difference him living with me is I can turn the heating on whenever I want, but this time I’m paying!’

24-year-old Amy moved back in with her parents after her travel plans were scuppered by the pandemic.

‘I was due to go travelling around the world for 12 months on the 1 May with my boyfriend,’ explains Amy.

‘My agency had hired new people and my flat had new tenants. So my only option was to move back with my parents in the Lake District – and luckily I managed to find a new job at a PR agency I’d worked with before.’

Amy had been living independently for the last five years, ever since she went to university, so the thought of moving home wasn’t hugely appealing – but she says she is now able to see the benefits of her home town.

‘I’m actually really enjoying living back with my parents, they live on a farm in the Lake District and I’m finally appreciating the beautiful place I grew up,’ she says.

‘We also have five dogs which is another massive bonus. I’m also paying them a lot less rent compared to Leeds, so I am still saving for my trip.

‘I would say the only difficulty is that I was used to spending a lot of time by myself in Leeds, but in a house of six that’s pretty much unheard of.’

Amy admits that she was worried her and her parents might start arguing lots, like when she was a teenager, but thankfully that hasn’t happened.

‘I think maturity has played a massive part, as I’m more than happy to help around the house now and we don’t really argue,’ she says.

‘In a way, I’m grateful that the Covid pandemic has made us all slow down and appreciate the little things.

‘My relationship with my parents has definitely improved and we spend lots more quality time together.

‘My dad also tested positive for coronavirus so that was a worrying time. I can’t wait until we can finally set off on our trip, but in the meantime I’m just going to enjoy being back in the Lake District with my family.’

Maybe millennials are actually best placed to move home with their parents, because they already know what it’s like to live in a perpetual state of not-quite-adulthood.

For the generation who have been consistently denied the traditional markers of adulthood that their parents experienced, this latest blow is simply par for the course.

Do you have a story to share? We want to hear from you.

Get in touch: [email protected]