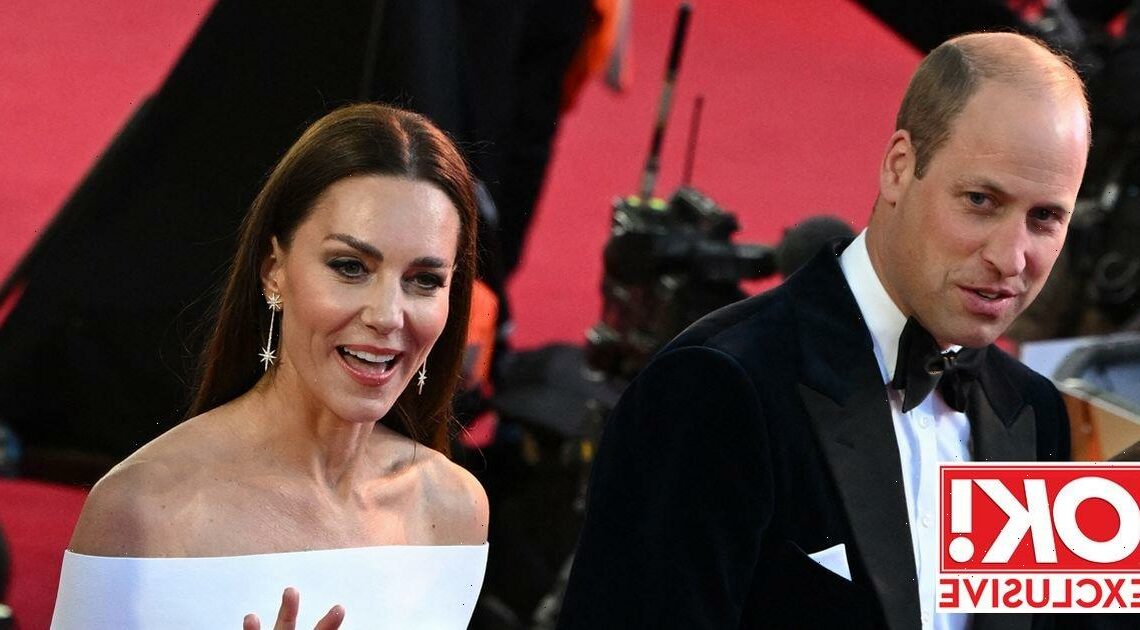 The meaning of Kate Middleton and Prince William’s matching outfits

On Thursday evening we saw Kate Middleton and Prince William dress up to attend the UK premier of the new Top Gun: Maverick movie.

For the special occasion we saw the Duke and Duchess of Cambridge coordinate their outfits as they both dressed to impress.

Speaking exclusively to OK!, Fashion expert and founder of the Feel Good Fashion Coach, Miranda Holder explained the significance of their matching ensembles.

"Kate looked sensational in an off the shoulder black and white Roland Mouret gown which fitted her svelte physique like a glove, the sleek look was complemented further by her slicked back hair and sparkling statement diamond earrings."

For all the latest celebrity and royal news – including their style secrets! – sign up to the OK! Daily Newsletter.

She continued: "Will, strictly speaking was in a combination of darkest navy and black (every fashionista’s favourite combination for a spot of understated sophistication) and surprised onlookers with an eccentric flourish that only a true Brit could pull off – he finished the look with black velvet slippers embroidered with little fighter planes, in homage to the movie and of course his own career as a trained pilot."

"The cumulative effect of their outfits was nothing short of stunning, together they presented a slick, united front by dressing consciously as a couple, rather than as two individuals," Miranda went on.

"We have definitely seen more and more of this from the couple, and, as with every Royal outfit, this is no mere coincidence.

"The Royal wardrobes are planned and calculated meticulously, with every tiny detail designed to send a subtle message to the world. From jewellery to handbags – or indeed slippers – absolutely nothing has been left to chance.

"This colour coordinated approach symbolises the Duke & Duchess of Cambridge’s solidarity as a united front. This has to be a priority for ’The Firm’ following a difficult few years, especially with the imminent Platinum Jubilee and William’s eventual succession to the throne."

As Miranda said, this isn't the first time we have seen the couple do this as back in March the pair stepped out at the Ukrainian Culture Centre in London wearing the colour blue as a subtle tribute to Ukraine.

Kate is known for dressing for the occasion and generally wears colours to respect the country she is visiting or representing.

The pair both wore pins showcasing the blue and yellow of the Ukrainian flag underneath a white love heart.

They also matched their outfits when they paid a visit to Abergavenny Market in Wales to mark St. David's Day in February 2022.

In true Kate fashion, The Duchess wowed as she stunned in an off-duty outfit where she re-wore her favourite Seeland khaki jacket which was paired with everyday black jeans and slip on brown boots.

Prince William echoed this with his very own matching green coat, black jeans and yep, you guessed it, brown boots.

From their July 2011 tour of Canada where they chose to match in red hoodies to November 2017 when the couple visited Aston Villa Football Club in coordinating quilted jackets, this is something they have done on various occasions before.

As they both take their next steps and prepare to move up the Royal ranks in their new coming roles we can't wait to see what other similar style moments the power couple debut.

Get the Limitless Mascara starting for just $13 at ILIA!