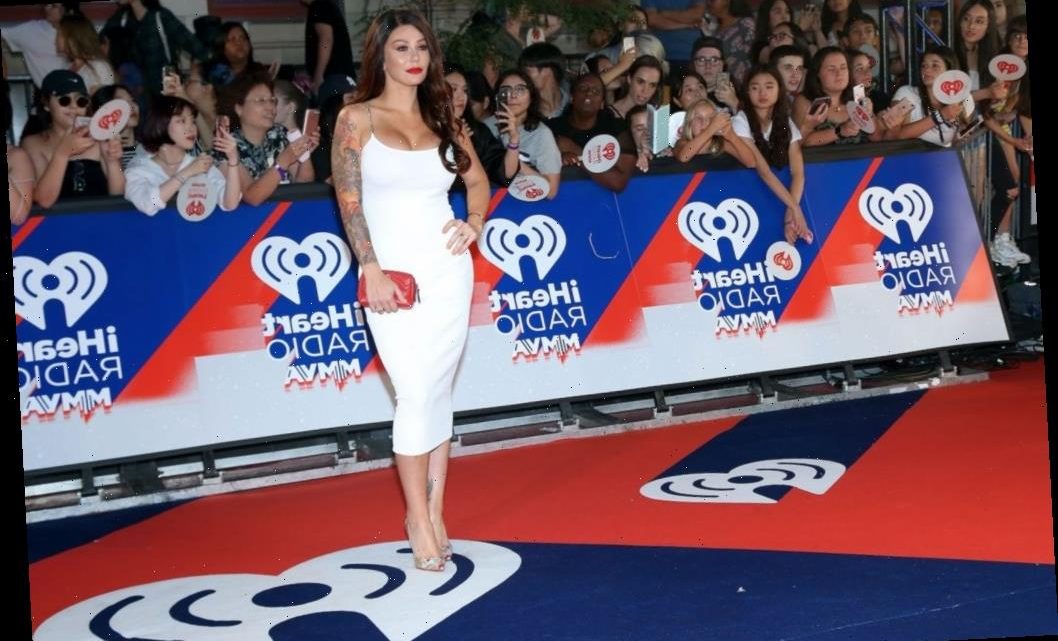 Jersey Shore star Jenni “JWoww” Farley has several tattoos. Some fans are curious about the meaning behind each of Farley’s tattoos. Photo by Isaiah Trickey/FilmMagic

‘JWoww’ got her first tattoo when she was 15-years-old

Farley’s first tattoo is of a “fire flame” on her ankle. She recalled getting it done at a house party in a less-than-sterile environment. “I’m so glad I didn’t get hepititus,” Farley joked on her YouTube channel. Farley got away with the tattoo for about six months, until her dad noticed the artwork on her ankle at a pool in Disney. He demaded that it get removed, which Farley says was a painful experience.

One of Jenni’s tattoos is a tribute to her grandfather

Farley’s father felt bad she had to go through the torture of having her first tattoo removed with the “old-school” method. So, on her 18th birthday, he allowed her to get a cover-up tattoo. “On my 18th birthday, my grandfather passed, so I got a rose with angel wings and ‘Opa,’ which is German for grandfather,” Farley said. “That was my first professional tattoo,” she added, referring back to her first tattoo, which was done an unqualified friend.

Farley attended the New York Institute of Technology to study computer programming. She aspired to be an animator for Disney. Farley became fascinated by tattoos in college. “I always said I wanted a dragon tattoo on my ribs,” she said. As an artist herself, Farley drew her dragon tattoo design many years prior. Farley’s college adviser, who was also an artist, told her if she obtained good grades and graduated, he would give her the dragon tattoo she wanted so badly on her ribs.

Like if you would get your kids face on you? I would. Really happy to have tattooed @jwoww cannot wait to finish this piece. Thanks for being such a tough cookie. ?? you are awesome! Block in of her sons portrait on her hand. It’s a little swollen

Farley never finished college. “I originally went to college to be a computer programmer,” she told  Us Weekly. “My senior year I had the option to graduate or go on Jersey Shore, and I decided to go on Jersey Shore instead of finishing my degree. I wasn’t the greatest at animation.” Fortunately, her good grades were enough for her adviser to give her the tattoo.

One of Jenni’s tattoos was done in Italy

During season 4 of Jersey Shore, the roommates took a trip to Italy. To commemorate the journey, Farley visited an Italian tattoo parlor. Farley’s grandmother’s birthday occurred during their trip. She had passed a few months prior, so to memorialize her, Farley got a tattoo of ‘Oma’ with a cross, praying hands, and angel wings on her right shoulder. “The guy didn’t speak English, and I don’t speak Italian,” Farley said. “It was very interesting to try and tell him how to put this on my back.” Farley is especially proud of this tattoo because it was done in Italy.

Farley also has tattoos for each of her kids

To balance out the artwork on her back, Farley got her daughter’s name and footprints tattooed on her left shoulder. Her ex-husband Roger Mathews has the same tattoo on his ribs. At the time Farley recorded the video, she didn’t have a tattoo for her son, Greyson. “I kind of feel bad because I don’t know what to do for my son, and I don’t want him to feel left out,” she said.

RELATED: ‘Jersey Shore: Family Vacation’: What Will Happen to the Show Without Nicole ‘Snooki’ Polizzi?

Fortunately, she figured it out! Farley has a portrait of Greyson on her hand. Nikko Hurtado, a Las Vegas tattoo artist, did the tattoo for her on an episode of Jersey Shore: Family Vacation.

Farley’s love for Disney is profound. To showcase that, she has a sleeve of tattoos on her left arm showcasing her four favorite Disney love stories. She calls the artwork “Happily Never After” because of the dark twists Farley included in the art. “Beast [from Beauty and the Beast] is still a beast,” Farley explained. “Ariel is doing her desperate ‘Pay attention to me, Eric.’ We’re actually going to make Sleeping Beauty dead and [have] the prince crying over her. And then I have Cinderella crying because there is no Prince Charming, there is no man on a white horse.” Dark, yes, but empowering, too. Farley says: “Save yourself. You can be your own independent woman.”

Farley and her Jersey Shore bestie have dreams of getting a themed tattoo to commemorate their time on the show. “I also have one with Nicole that I want to make that says ‘JS.’” The acronym has multiple meanings, including Jersey Shore, ‘JWoww’ ‘Snooki,’ and the duo’s favorite saying, “Just Saying.” They haven’t gotten the tattoo yet, but maybe soon, especially since their time on the show has come to an end.

CategoryLifestyle
Tags'Jerse behind meaning the