Home » Lifestyle » The Lyrics About Pete Davidson On Ariana Grande’s ‘Thank U, Next’ Album Are So, So Sad 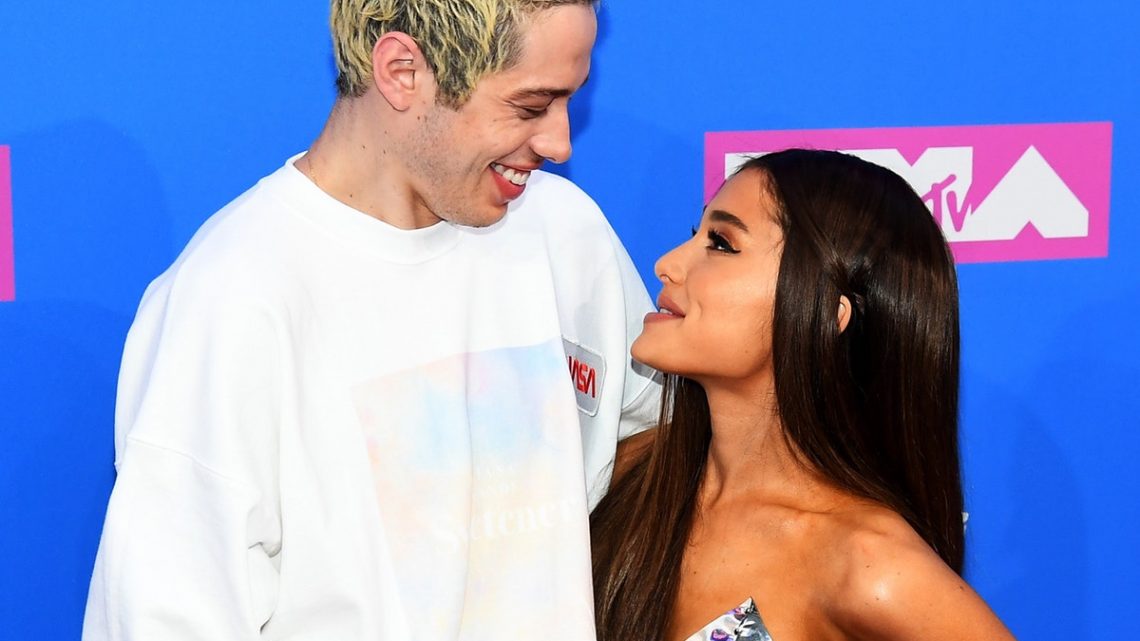 The Lyrics About Pete Davidson On Ariana Grande’s ‘Thank U, Next’ Album Are So, So Sad

Thank U, Next the album has arrived. And, oh, what an arrival it has made. Ariana Grande’s second album in six months (we stan a tireless queen) has been all people on Twitter can talk about today, as it’s filled with bop after bop with some excellent Grande vocals. And don’t even get fans started on all the lyrics about Pete Davidson on Ariana Grande’s Thank U, Next album. No surprise, but the shoutouts are aplenty, and no matter how you feel about the Saturday Night Live star, Grande’s take on their relationship in "Thank U, Next" is pretty sad.

Fans had theories from the jump that many of the songs from Thank U, Next would be about Grande’s ex-fiancé Davidson. The single "Thank U, Next" listed her exes by name, making it clear that Grande was completely fine with addressing her past relationships unapologetically in her music from this point on. On top of that, there are clues in the song titles that fueled the fan theories, but underneath the catchy titles were upsetting truths about how the singer may felt during her time with Davidson.

Grande released the Thank U, Next tracklist on Jan. 23. It goes a little something like this:

After finally hearing the lyrics to all of the songs, fans are pretty convinced that "Imagine," "Needy," "NASA," "bad idea," and "break up with your girlfriend, i’m bored" are about Davidson. So, essentially… most of the album. Tight.

Leading up to the album release, "NASA" was widely believed to be about Davidson. It was pretty obvious, given that Davidson wore a shirt that said NASA on it to the VMAs — the only award show he and Grande attended together before breaking up. 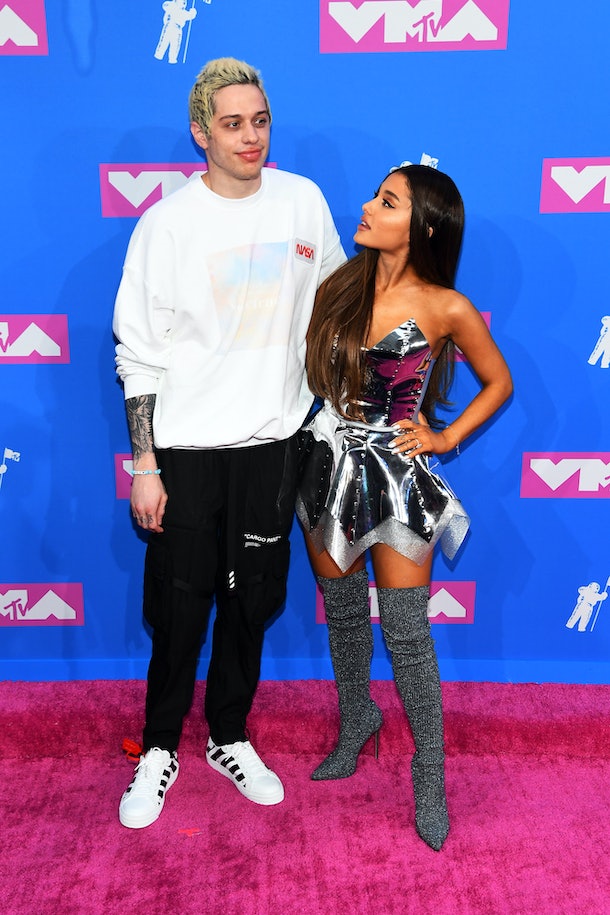 Now, we don’t know if the lyrics are explicitly about Davidson (actually, some fans are pretty sure they’re not), but here are some of Ariana Grande’s "NASA" lyrics so you can decide for yourself:

It could be about Davidson and his incessant jokes about essentially dating out of his league with Grande.

Fans are freaking out about the song.

Fans also thought "bad idea" and "fake smile" were about Davidson leading up to the album release as well.

As it turns out, "bad idea" was, in fact, about Davidson, it seems.

Here are some of Ariana Grande’s "bad idea" lyrics that have fans convinced she’s singing about her and Davidson in one way or another:

These lyrics could be interpreted in, at least, two different ways. They could allude to the deterioration of the couple’s relationship, which came about a month after the September 2018 death of Grande’s ex-boyfriend Mac Miller. If she struggled with committing to her engagement following his death, is Miller the "him" she references?

On the other hand, Grande’s two-year relationship with Miller ended in May 2018, and the pop singer began dating Davidson soon afterwards. Is the SNL star literally the "bad idea" that the song is named after?

Fans had their own theories about what Davidson’s "bad idea" role was.

The song "bloodline" also appeared to be about Davidson.

Speculated to cover Grande’s feelings when her very public breakup with Davidson settled in, "bloodline" inspired plenty of tweets about the former couple and Grande realizing she didn’t want to marry Davidson.

On a much sadder note, "ghostin" seemed to address Miller’s death and how Davidson responded to it.

Oof, since when is Ari supposed to make us cry? With as much subtlety as possible, Grande explained the song’s heartbreaking meaning in a January tweet, dropping major hints that it captured her grief about her breakup with Miller and his unexpected death.

Based on the lyrics, it sounds like Davidson handled the situation as well as possible. Young love is gut-wrenching, huh?

Finally, as much discussed, the album’s titular "thank u, next" directly references Davidson.

Ari did that. Does Davidson approve? Hmmm, probs not. But I’m sure we’ll hear all about it on SNL. Everyone deals with breakups in different ways. In Grande’s case, she takes the breakup music genre and flips it on its head, making being a single woman the No. 1 thing to be in the year 2019. Thank you, Thank U, Next!

Maren Morris on her five Grammy nods and her new song (and album!) 'Girl'
World News