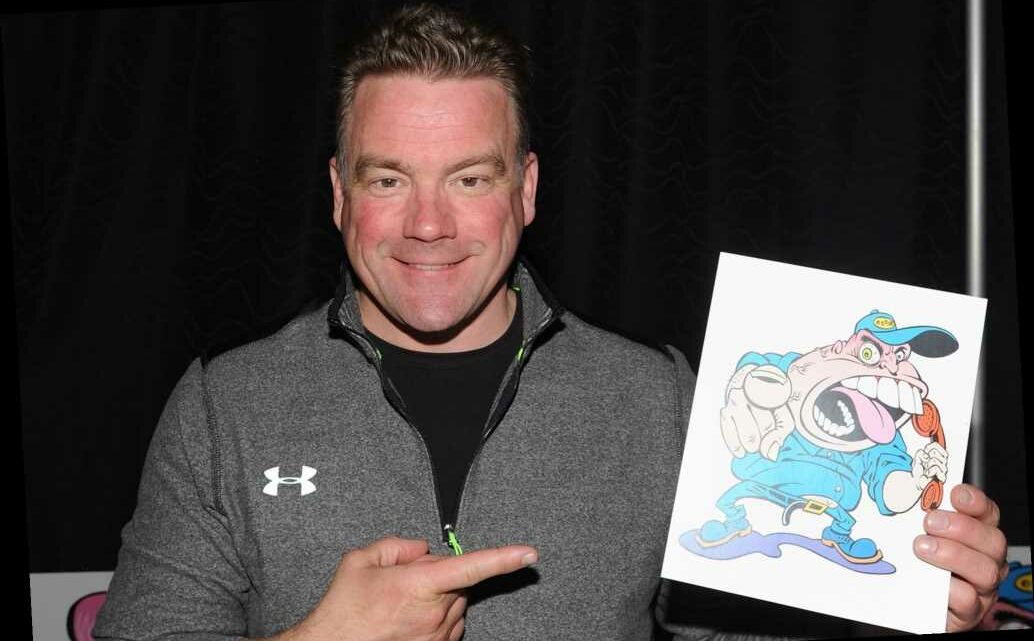 Most everyone has made a prank phone call or two. But hardly anyone manages to turn juvenile high jinks into a career.

Then there’s 59-year-old Johnny Brennan, who is reviving his antics as half of the comedic duo the Jerky Boys with a new album for a fresh generation of jerks.

Born in Manhattan and raised there and in Queens, the troublemaker began making phony phone calls at the age of 7. “I always broke other people’s chops,” he said. As a teenager, he’d occasionally record them. By 1985, when Brennan was in his 20s, local pal Kamal Ahmed had joined in on the madness. Portraying funnily voiced characters for prank phone calls, often in response to ads in newspapers, they made waves on the radio and later on the Internet.

In 1992, while overhearing her son trying to cook up a group name for himself and Ahmed, inspiration struck Brennan’s mother. “She said, ‘Why not just call yourselves the f–king Jerky Boys?’” Brennan told The Post. “We used to call people ‘jerky’ all the time. It was magic.”

Now, 27 years after the Boys first unleashed their brand of aural terrorism onto the world, Brennan is back. A married man with two grown daughters — “They’re used to my voices and hear them all day long,” he said — he’s releasing a fresh collection of brand-new gut-busting convos that annoy victims and tickle listeners. “The Jerky Boys” drops Friday, available to stream and on vinyl from Amazon.

“Our world is a wacky place, and that is perfect for what I do,” said Brennan, who is working solo these days, as Ahmed quit to produce and act in movies back in 1997. “There could not be a better time. The Jerky Boys project is about absurdity. We’ve always been considered off-the-wall, and everyone can use a laugh now.”

While the voices and gags are as acerbic as ever, technology has provided a big change for capturing calls. “It’s gotten more convenient,” said Brennan. “A buddy of mine customized a Galaxy Note phone for me so that every call going out and coming in is recorded. I did most of the calls for this album from my car — parked right in front of the Cornwall, NY, police station where there is a giant cell tower. Not a single call got dropped.”

Back in the early ’90s analogue days, when calls were recorded via speaker phones onto cassettes in unwieldy boomboxes, the Jerky Boys’ homemade tapes began circulating around the New York music scene. “Howard Stern heard some calls and said he wants to know who this guy is,” recalled Brennan, who was working construction at the time. “People who knew, they told me to put on Stern because everyone is talking about me. I came out of the woodwork and went from hanging off of scaffolding to being signed by Atlantic Records.”

The new release picks up where the Boys left off: Brennan has revived 1990s characters such as the whiningly befuddled Sol Rosenberg and the antagonistic Frank Rizzo. “Frank is based on my father, and he’s the typical New York loudmouth,” said Brennan, who will do a livestreamed discussion Friday at 9 p.m. with tickets available through RushTix. “Sol is based on my mom. I always tell people that her waking me up for school in the morning was golden.”

Taking on the nasal honk of his mom, er, Sol, Brennan wailed, “’Get out of the f–king bed. It’s time for school!’ She always made me laugh. Then I’d imitate her and get smacked.”

Now he gets paid — via releases like this one and an ongoing gig voicing the character Mort Goldman on “Family Guy.” (Fans might notice Mort sounds quite similar to Sol.)

But he insists it’s not rocket science; the calls write themselves.

“You get people irate and then roll with it. I set up nutty situations,” he said. On the new album, for example, Sol calls an unassuming iRobot customer-service worker and fakes being attacked by the company’s robotic vacuum cleaner to which he attached a knife. “Then I just react in character. Some people are clueless. Others want to rip your head off. Of course, those live wires are always the best.”