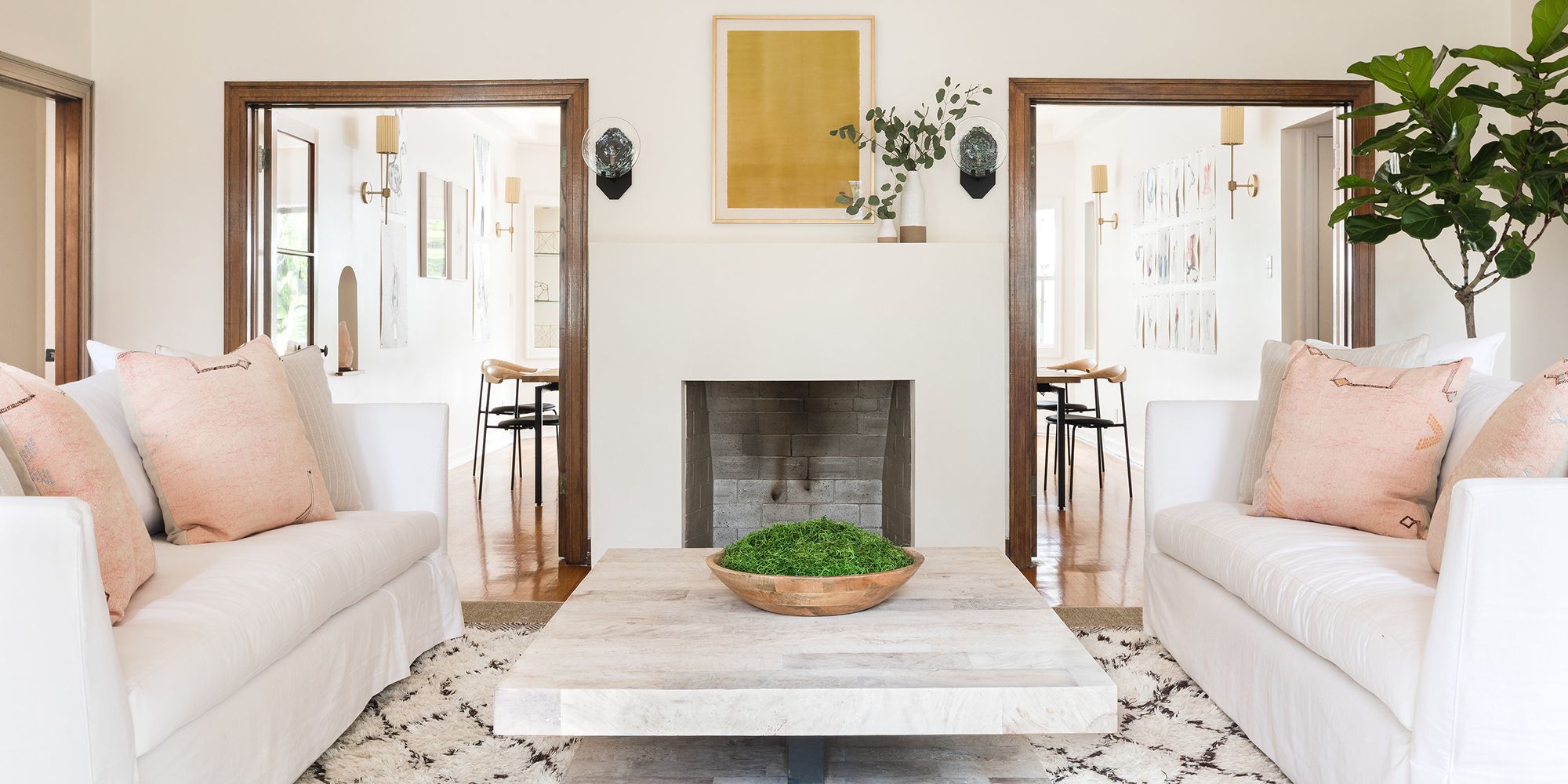 The Jane Club Is the Ultimate Work Space for Moms 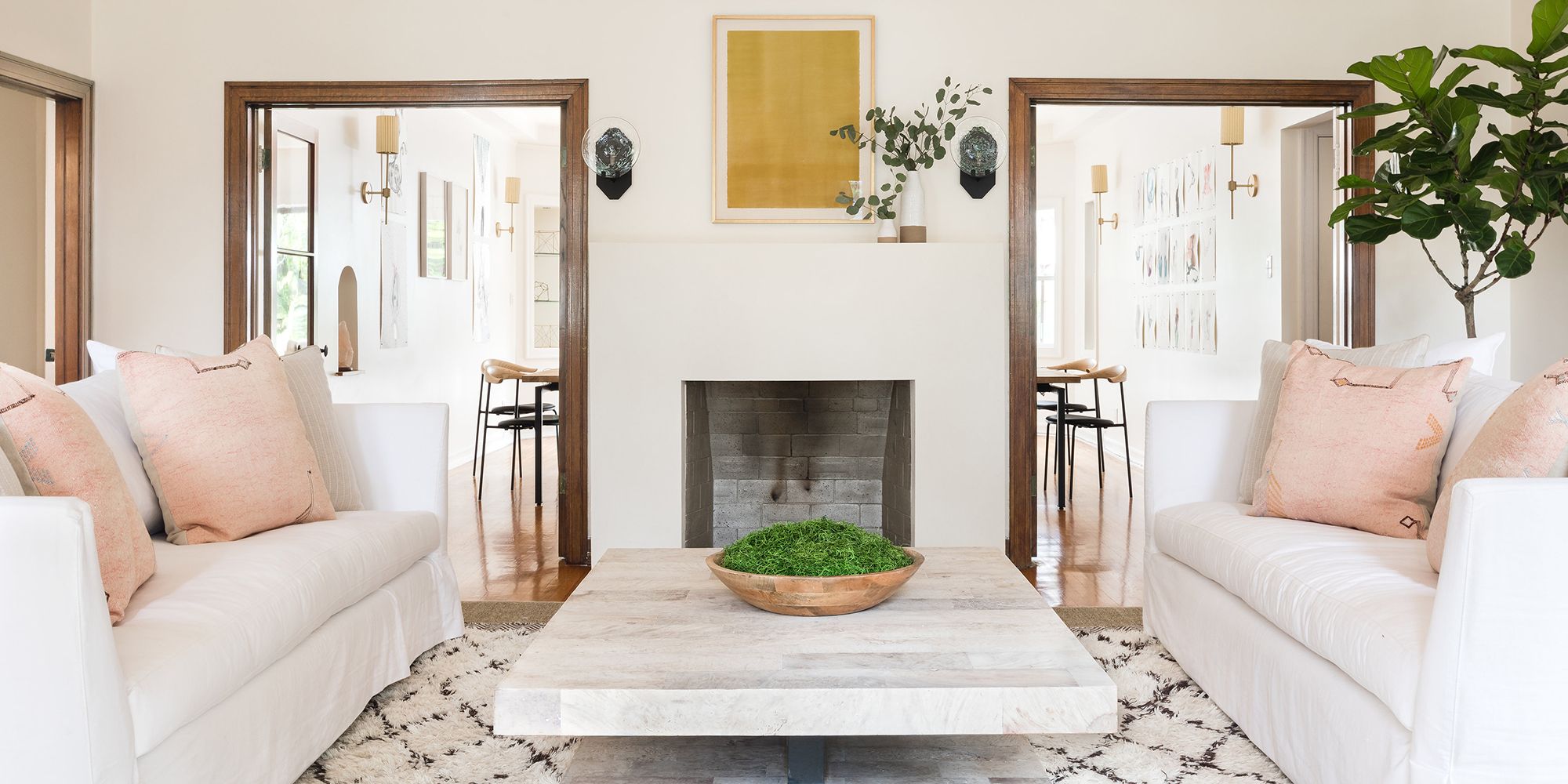 You know her as Jane Fonda’s entrepreneurial daughter Brianna on Netflix’s Grace and Frankie—the brash, brilliant, wisecracking CEO of a hit cosmetics company—and in real life, June Diane Raphael is every bit as gutsy and focused as her character.

Earlier this year, the actress launched The Jane Club, a shared work and community space for women that’s all about connection, self-care, and social and political change. Set inside a light-filled 2,300-square foot cottage in LA, The Jane Club boasts an on-site childcare facility, along with on-demand manicures, blowouts, yoga, meditation, Spanish classes, chef-prepared meals and a dry-cleaning service. 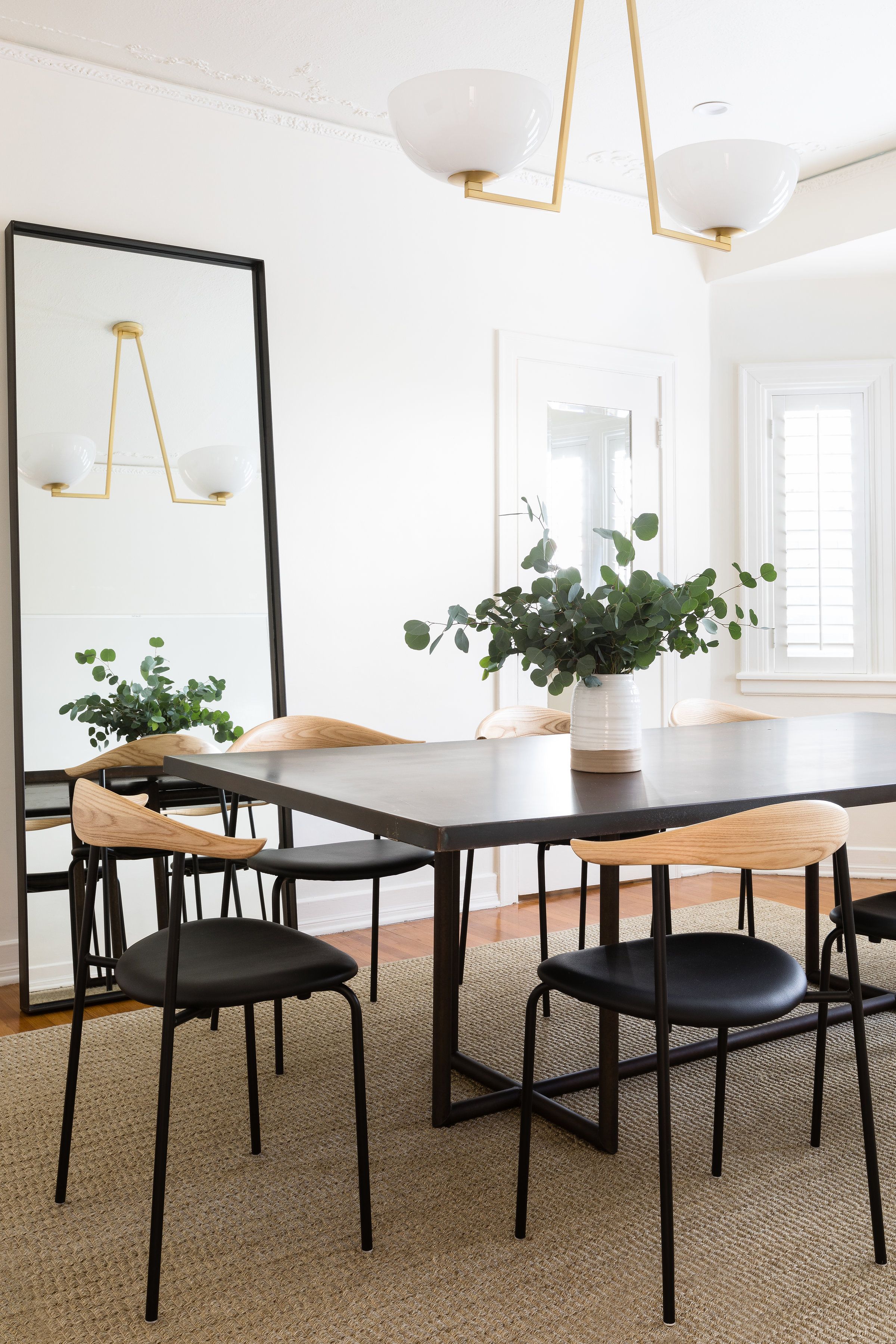 “I’ve definitely had to channel Brianna’s boldness and it’s helped me give fewer and fewer f*cks,” Raphael says. “I’ve always tried to channel risk into all my work.”

Though Brianna loathes kids, Raphael, 38, is the mother of two young boys, Gus and Sam, and through The Jane Club she is building a unique support system for moms juggling a career and the daily grind of domestic life.

Co-founded with Daytime Emmy-nominated producer Jess Zaino, who she met at a political event in 2016, the female-centric, lactation-friendly “matriarchal space” feels luxurious from the moment you enter.

“The space serves as a soft landing back into the workforce so you’re not separated from your child,” Raphael explains. “When guests arrive, they feel nurtured—we take a lot off their plate so they can pursue their dreams.” 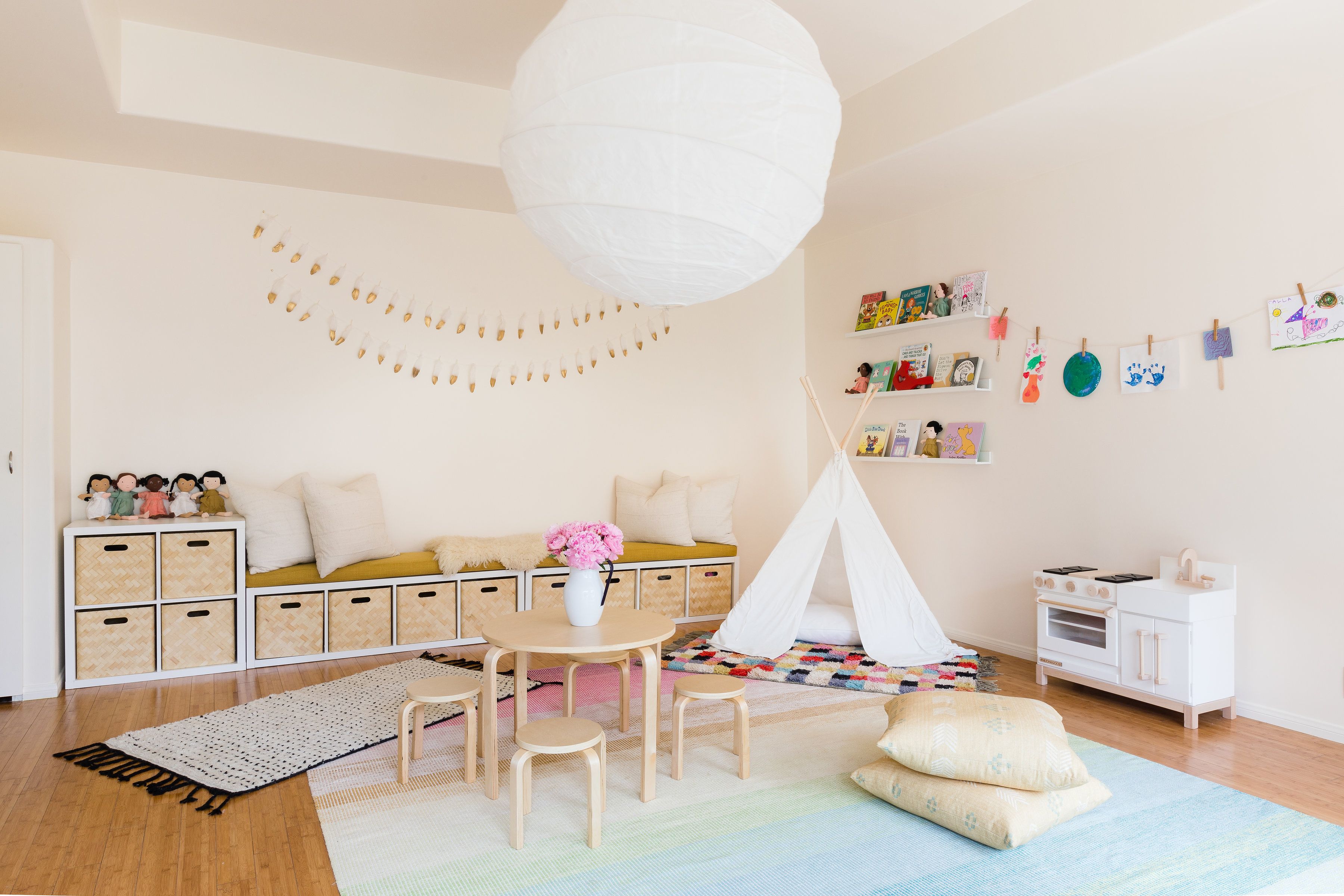 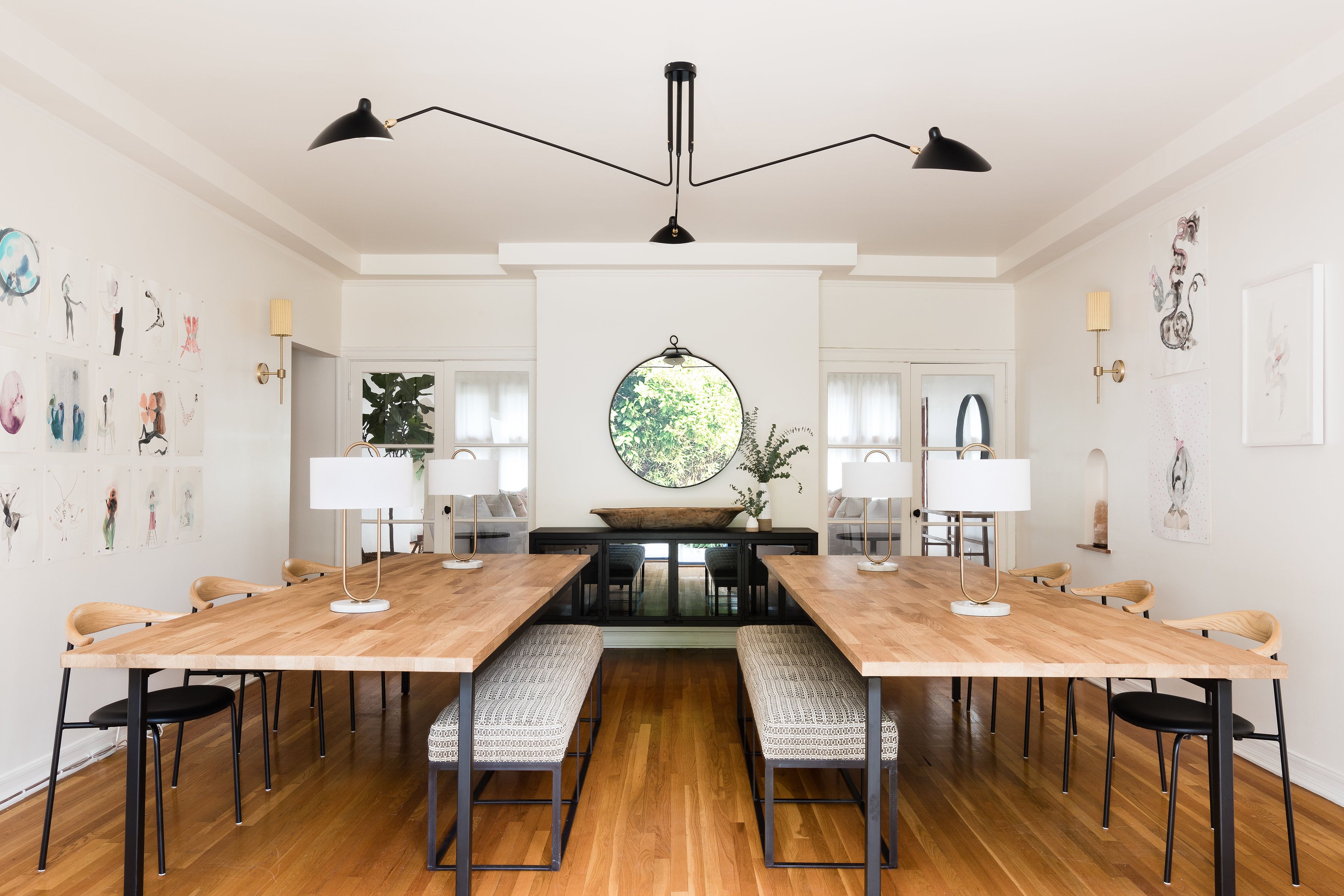 As soon as the doors open at 9 a.m., the Larchmont residence is a flurry of activity. Members arriving to start work are greeted by a concierge who offers fresh coffee, lemon water, and phone chargers. From the front Salon to the communal Study Hall (which doubles as an art gallery with rotating exhibitions), to the Power Jane office, Quiet Room (with noise-cancelling headphones), Think Tank, and back garden, the club is full of solutions. Even its See Jane Sweat workout program is carefully thought out, offering 30-minute sessions to fit into a fast-paced day.

Women’s workspaces are a burgeoning phenomenon globally. In the U.S., the most notable example has been The Wing, an exclusive female-only club, which has just announced it will launch an on-site children’s space, The Little Wing, in its Soho and LA locations this winter. 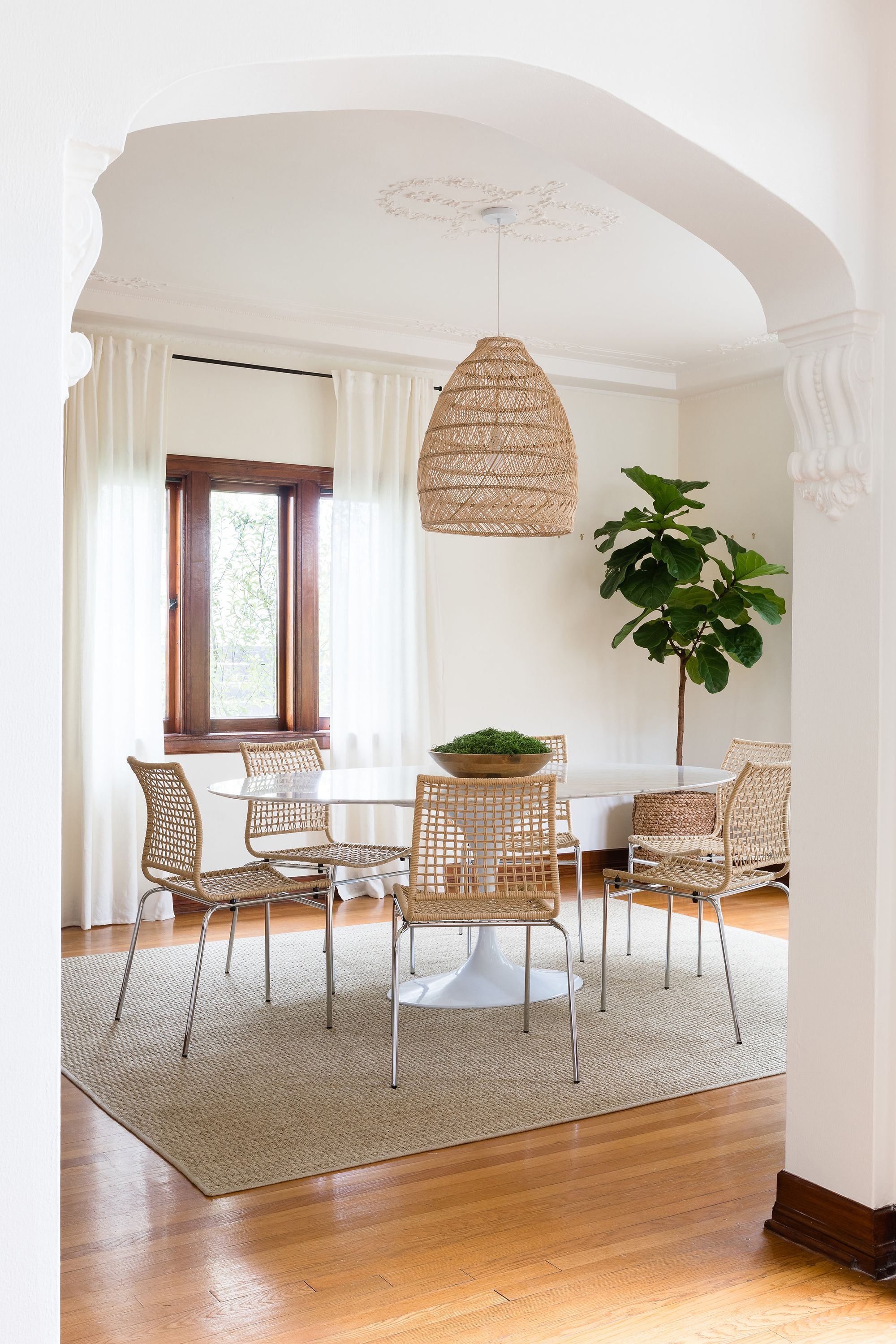 But what sets The Jane Club apart is its socially conscience commitment to making a difference in the world, and in women’s lives, says co-founder Jess Zaino. The venture is about building an eco system, and that includes partnering with brands that align with The Jane Club’s mission to create a village that values and centers on the work women do: their careers, care taking, and community building.

“Our infrastructure brings in mindfulness conversations, political action, childcare, self-care—and a blowout if you need one,” Zaino says.

Recently, The Jane Club teamed up with jewelry designer Kendra Scott, who sponsored a brunch for caretakers and educated them on the rights of domestic workers in California. Medical home service Heal provided on-site wellness checks and breast exams.

The Jane Club hosted Shannon Watts, founder of Moms Demand Action, for an evening focusing on gun sense in America.

It’s been used as a meeting place for other activist groups such as Feminists in Action and Time’s Up, as well as to fundraise for the candidacies of Democrats Katie Hill and Libby Schaaf. 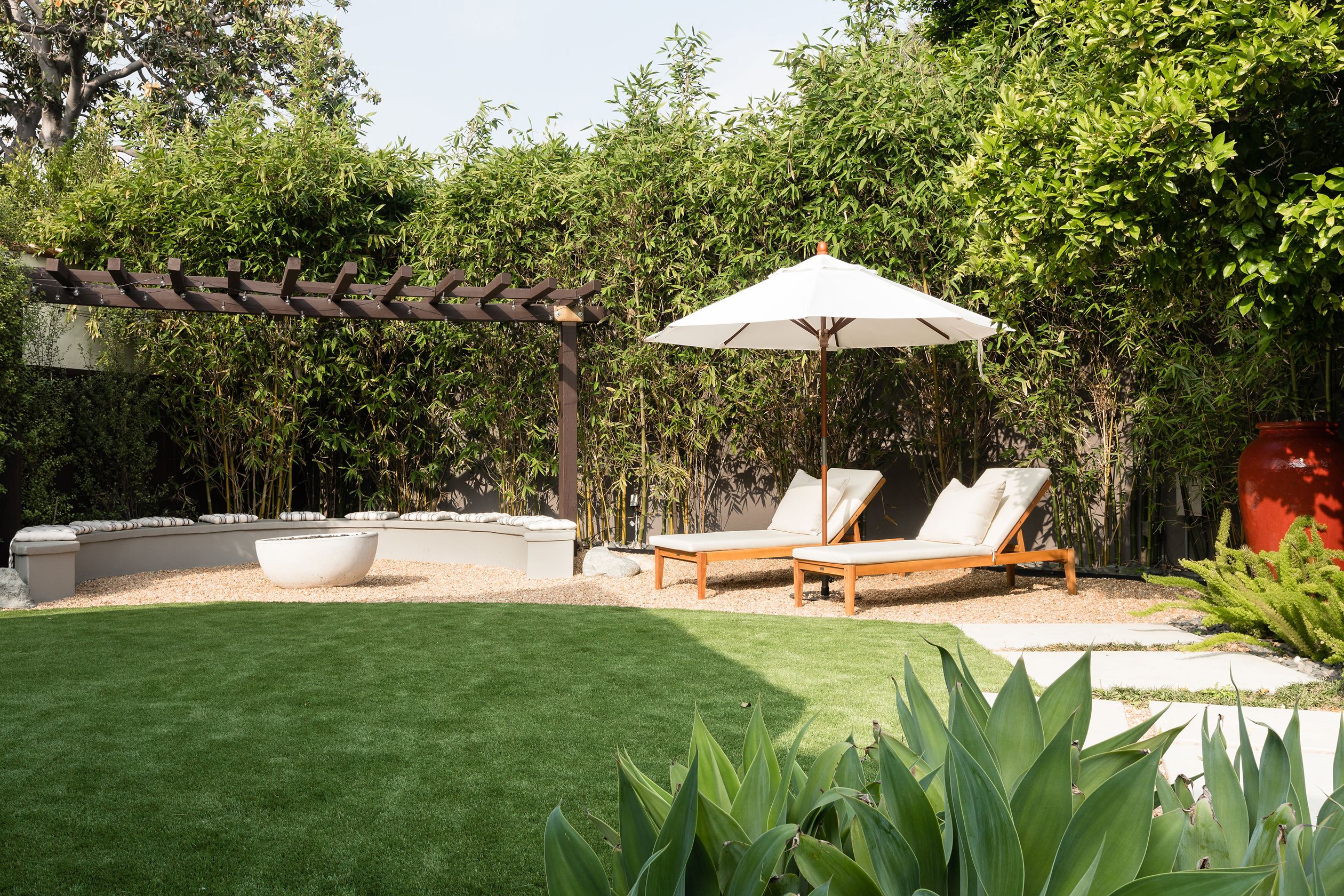 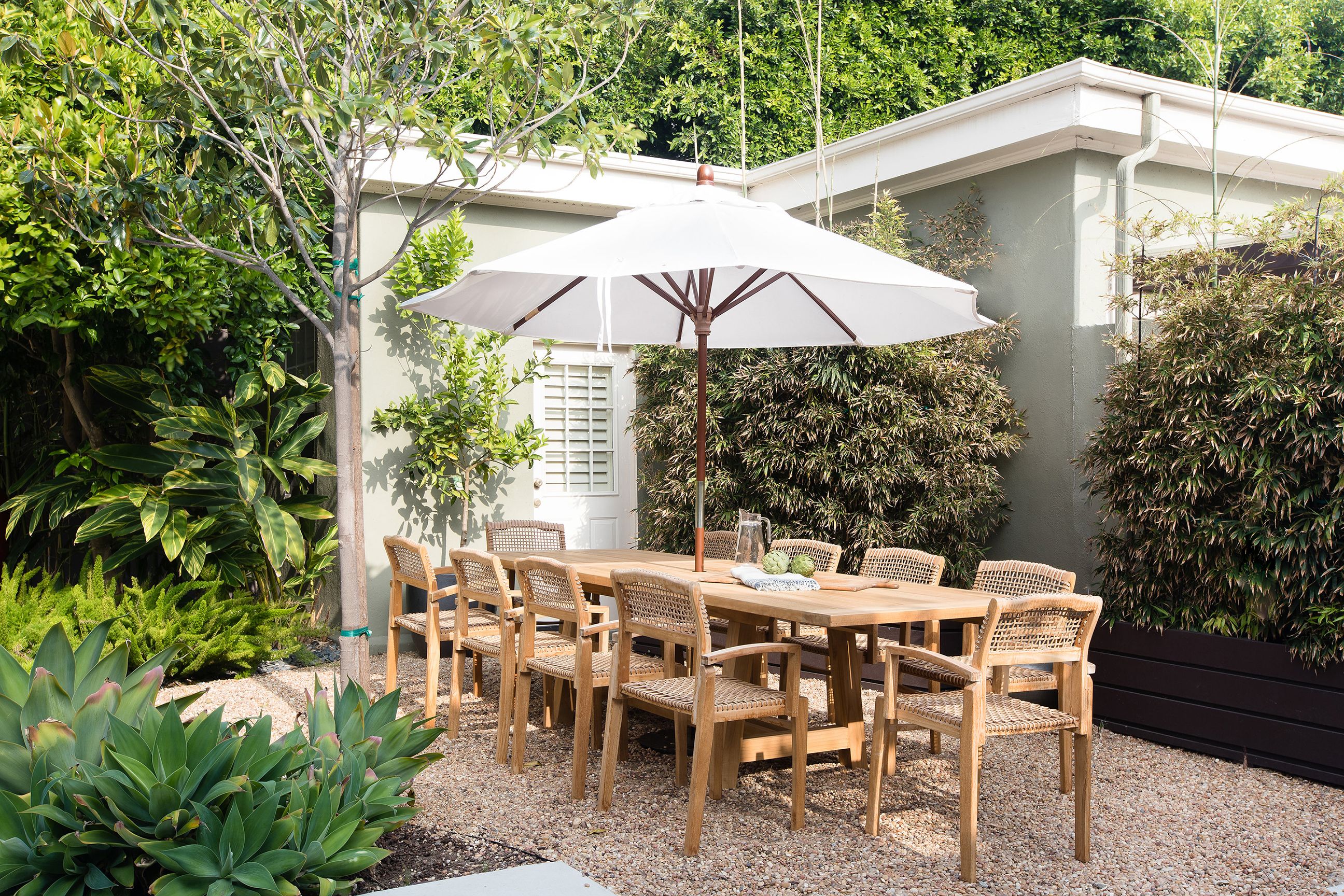 “We are re-creating the village—women come in and can conform to, change, or reflect being in the matriarchal space, and it’s really something beautiful,” Zaino said.

Raphael and Zaino say they try to keep costs down, with memberships starting at $250 a month. Classes are around $25 and childcare is $20 an hour for children as young as three months. 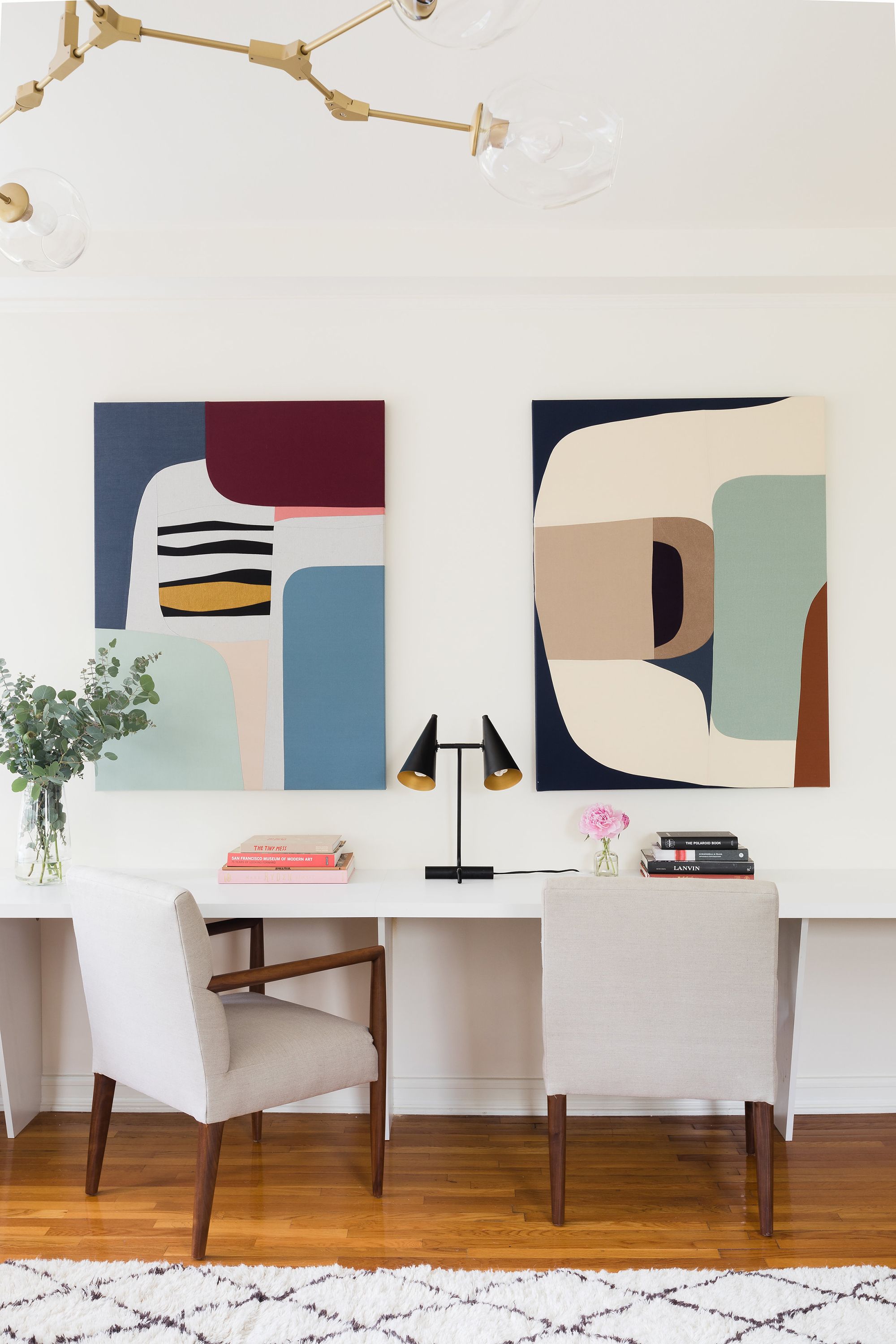 Despite the female focus, the duo stress that the doors of The Jane Club are also open to men, and transgender women and men are welcome.

“We believe the most inclusive space is the best space to work in and different members use the space in different ways,” Raphael says. “Some love the community aspect of it, while other members come in and need to work straight for six hours and don’t lift their heads up. We are proud that we have a segmented set of industry in our space, but we’re in LA and it’s an industry town.”

Raphael says many women, justifiably, worry that having children will derail their careers because of a lack of support.

“When we talk about why women don’t make the CEO roles, why we’re not represented in government or don’t have the institutional power that we should, we talk a lot about how our careers can be adversely impacted by the years we spend having and rearing children,” she explains.

“The Jane Club is stepping in to have a different conversation around motherhood; we see it not as a liability but as a huge part of a woman’s life that we need to support professionally.”

Raphael says she personally finds the club helpful when filming wraps on the Grace and Frankie set nearby at Paramount. Before big events, she can pop over for dinner with her children (who attend The Nest) before hitting the red carpet. 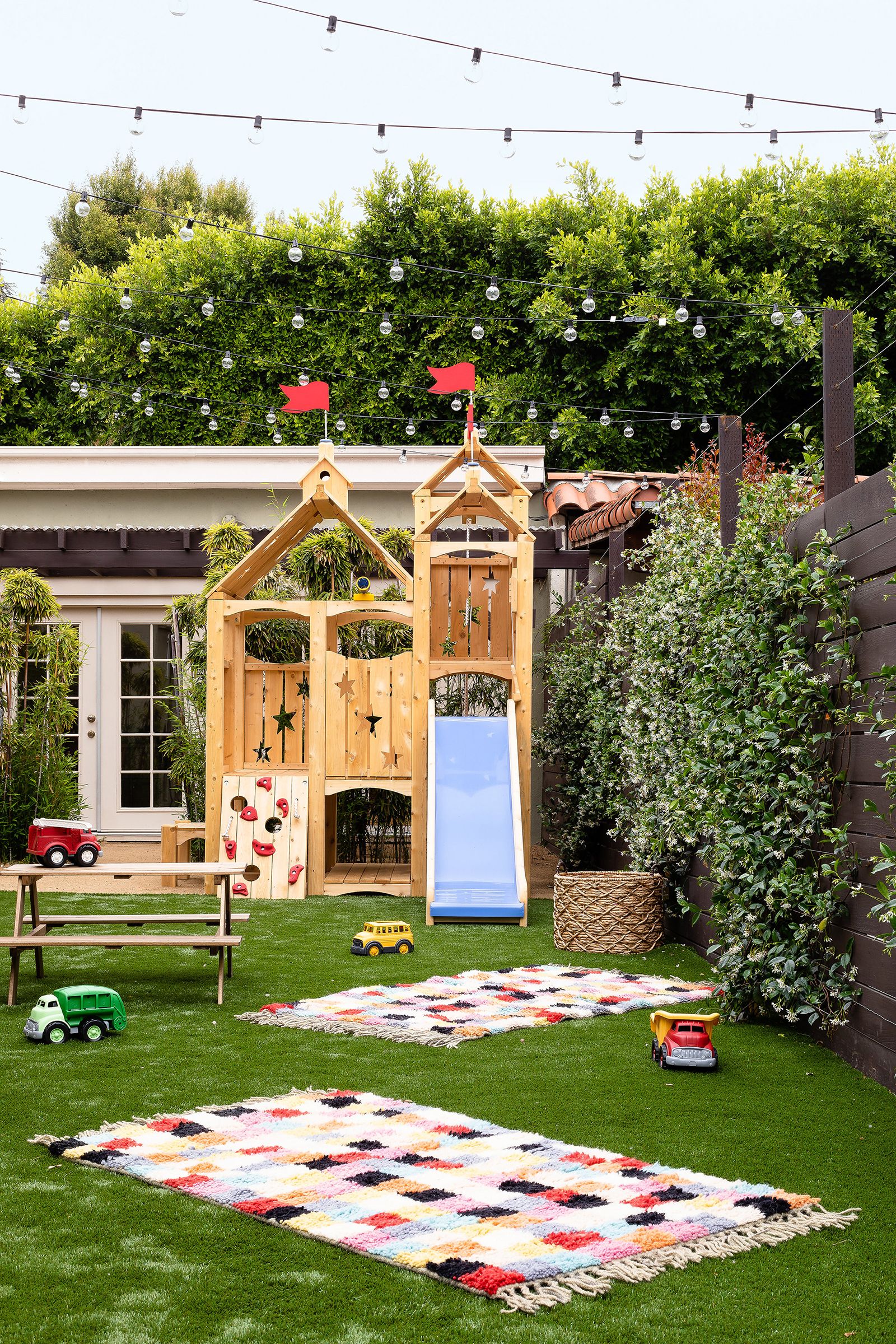 “Instead of driving 30 minutes home to get ready, I’ll go to The Jane Club for dinner with my kids, and my husband [actor, writer, producer Paul Scheer] can pick them up and take them home.

“It seems like a small detail but when you’re talking about the fullness of women’s lives, these are the things that matter.”

Since its opening six months ago, the club has reached capacity with a membership of 70 and there’s a further 600 names on the waiting list

Inundated with inquiries from around the U.S., Raphael and Zaino have aspirations to open in Hollywood, Santa Monica and further east.

“We are being emailed from all over the country,” Raphael confesses.

“We know the scope of this and we want to meet the needs of women everywhere.”

Kenya Moore's Post About Motherhood Is Gone With the Wind Fabulous

Bradley Cooper Reveals the Surprising Way He Celebrated His 44th Birthday: 'It Was Amazing'
World News