Home » The Internet says to ‘check in on your Black friends.’ It’s more complex than that. 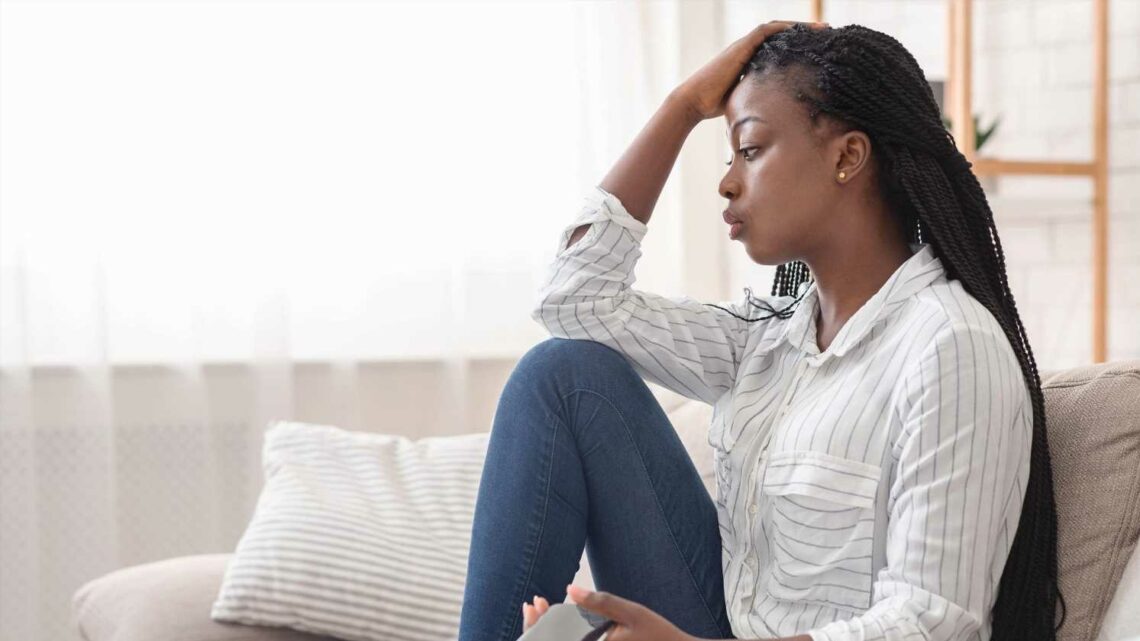 The Internet says to ‘check in on your Black friends.’ It’s more complex than that.

We saw it on social media after George Floyd’s death last summer, after Derek Chauvin’s guilty verdict this week and during the many Black deaths in between: “Check in on your Black friends.”

For Black people, “how are you?” can be a loaded question. A too-small phrase asked in spaces that can rarely accommodate the answer. When Chauvin was found guilty, there was exhalation and in some cases celebration, but there was also an unrelenting grief. There was recognition among Black Americans of what the moment offered, and what it still denied. About 20 minutes before the verdict was announced, a 16-year-old Black girl, Ma’Khia Bryant, was shot and killed by police in Columbus, Ohio.

Breonna Taylor has been gone a year: Why we need to talk more about the racial trauma of Black death

On social media, some Black people said they appreciate when white friends and colleagues check in. Others said there is nothing they want less. Some non-Black people might not be sure what to say.

Checking in with your Black friends can be important, but some white people are missing the mark. (Photo: Getty Images, iStockphoto)

Analysis: ‘Imagine saying to a room full of Black people: It’s too hard for me to watch that trial’

“There is no one way to reach out and say, ‘Hey, I’m attending to your trauma,’ ” said Sharnise Hendrick, a therapist who specializes in racial trauma. “How would you reach out to somebody you love knowing that they lost someone? Because that’s what’s happening. We’re losing ourselves. We’re losing members of our community. We’re losing people that look like us. We are holding our breath, most recently for a year, to see whether the outcome in this trial was going to confirm what our eyes already told us.”

‘We’re not a monolith’

Experts in racial trauma say the spectrum of reactions to “reach out to your Black friends” underscores the diversity of experiences among Black people as well as the particulars of their relationships to non-Black people in their lives.

“We’re not a monolith,” said Alisha Moreland-Capuia, director of trauma-informed treatment, consultation, and outreach at the Center of Excellence in Depression and Anxiety Disorders at McLean Hospital in Virginia. “Not everybody requires the same thing. However, as a system, as a people, it’s important to acknowledge that something happened, and to think, ‘How might we be helpful? How should we proceed?'”

How to proceed depends on who you’re reaching out to and what they need.

Before you reach out to a Black person in your life, especially after a high-profile incident of racial violence, consider your relationship and your motivations. How often do you speak to this person? Are you reaching out because you saw online that a good anti-racist person reaches out? Or are reaching out because you care about someone in your life who’s suffering?

“I have had people who I haven’t talked to in five years message me. Especially last year when all of the protests were really starting up,” said Dechelle Brooks, 26, a writer in Sacramento, California. “It was weird to have somebody who I don’t really have a relationship with anymore … reach out and make me relive this trauma because they don’t know how to talk to me, because they don’t know me. It feels performative.”

JaLoni Owens, 22, a student at CUNY School of Law, said the omnipresence of racial violence can lead some white people to believe they understand the experience of racial trauma more intimately than is possible.

‘When you see, ‘check in on your Black friends,’ you’re like, ‘well, every Black person I know is my Black friend. I’m nice to all the Black people in my life. I have a friendly relationship with all the Black people in my workplace. So all the Black people are my friends. Therefore, they all must want this from me and expect this from me.’ When that’s not necessarily the case,” Owens said. “That overfamiliarity, I think, leads to a lot more invasive questions; versus just like a ‘hi, how are you?’ It becomes, ‘oh, I saw this lynching yesterday and wanted to check in on you.’ That can be really overwhelming.”

‘What is the best way for me to be with you?’

Some people may want to be asked how they are, while others will find the question frustrating. Some people will want check-ins that don’t require a response. Some people may only want to convene with those who share their racial identity.

Johnson said after someone tells you what they want, listen to them. Don’t assume you know better, he said. Don’t try to center your own emotions.

Moreland-Capuia said well-intentioned people will not always get this right. If you’re reaching out to a Black friend for the right reasons, the hope is that there can be honest dialogue even if your effort to show support doesn’t end up being what that person wants or needs.

“People know when there is a firm, genuine, sincere commitment,” she said. “You are going to miss the mark sometimes. What you do with that is, ‘OK. I didn’t quite meet the mark at that particular instance, and I’m going to keep trying. I’m going to learn and figure out what I need to do,’ because there’s a commitment to contributing to a healing environment.”

Many Black people also say rather than a “check-in,” they would prefer purported white allies engage in anti-racism work, whether donating money, volunteering in their communities, or educating other white people.

“I think the best way to show support is to work alongside us throughout the other 364 days of the year to dismantle systemic racism in the country,” Johnson said.

Black people say they need to feel valued and respected, to know what they have seen and felt is important and real.

“Holding space means that we are bearing witness to the emotional turmoil, to the vacillating feelings and emotions, to the uncertainty that this other person is sharing without asking them to put that into a coherent sentence,” Hendrick said.

The best response is the one your friend actually wants

When her non-Black friends reach out, Brooks said she appreciates gentle, non-explicit check-ins. She doesn’t want a litany of texts rehashing details of violence.

“That’s making us relive it and you don’t always know what someone’s mental state is at the moment,” she said. “Just a simple, ‘Is there anything I can do to support you right now? Do you want to talk about anything?’ I think that does wonders for a lot of people. And again, it’s not for everyone, but for me, it’s nice to know that people are thinking about me when something like this happens.”

Johnson said he had many conversations about the Chauvin verdict and next steps with Black friends and family. He didn’t receive any messages Tuesday from his non-Black friends, and he was comfortable with that.

“Those moments after the verdict were centered on us and our community,” he said. “My non-Black colleagues made sure not to center themselves in that moment and that response works well for me.”

Owens, who does social justice organizing on and off campus, said they had a couple of friends reach out after the verdict in ways they welcomed.

“It came from a place of, ‘I see you constantly doing a lot of labor, no matter what is happening in the world,’ ” Owens said. “One of them was like, ‘Hey, I’m going to Venmo you $5 to get yourself a coffee today because I know that perhaps if I don’t, you may go without nourishment.’ It was just saying, ‘Hey, like, I see you and I have this space for you, if you need to take it up.'”