Home » Lifestyle » The Guardian view on China and the US: unlucky Canada is taking the hit 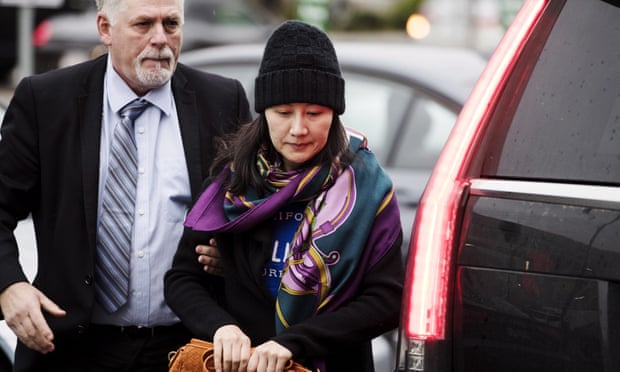 The Guardian view on China and the US: unlucky Canada is taking the hit

On first sight, Canada is caught in a clash between two rhinos. Unfortunately for Ottawa, the truth is probably worse. If Beijing charged straight at Washington, it would risk being badly gouged. Instead, it seems to be redirecting aggression in a threat display and Ottawa is the unlucky object getting thrashed.

Chinese state media report that two Canadians have been separately detained on suspicion of “engaging in activities that harm China’s national security”, days after Beijing warned that the arrest of a powerful Chinese Huawei executive in Vancouver would have “grave consequences”. Observers, including two former Canadian ambassadors to China, have already concluded that this is retaliation. China will not concede any link to the Huawei case. But the timing, rhetoric from state media, and the fact that a Canadian couple was detained in similar circumstances, all lend heft to the assumption.

It is taken as a matter of course in China – and not only by the leadership – that the US acted politically in issuing an arrest warrant for Huawei’s chief financial officer, Meng Wanzhou, for fraud relating to sanctions on Iran. Such charges against an executive are unusual. Ms Meng is particularly high profile and well connected, and her case comes in the midst of the trade war. The US would have understood how inflammatory it would be. That said, it is not unprecedented. Earlier this year, the US issued a warrant for former Volkswagen chief Martin Winterkorn in relation to the diesel emissions scandal. And the allegations against Ms Meng are believed to relate to a two-year investigation into sanctions breaches.

In any case, the threats to Ottawa are entirely misplaced. Canada has done what it is obliged to do under its extradition agreement with the US: arrest a suspect, as requested, and have the matter go through its judicial system. Ms Meng, who denies wrongdoing, has had full consular and legal access and is now on bail.

In contrast, it is unclear where Michael Kovrig and Michael Spavor are being held, and no consular access has yet been granted. Though officials say their legal rights are being ensured, China has a record of illegal detentions, denial of lawyers and forced confessions with regard to foreigners as well as its own citizens. The serious allegation against the men spans a range of offences, very broadly defined: state secrets charges can, for example, apply to industry data and material classified retroactively.

Mr Kovrig, a former diplomat working for the International Crisis Group, is a well-respected and well-connected analyst; a thoughtful and nuanced observer who engaged with senior Chinese officials and attempted to explain Chinese views to the international community. At a time when Beijing faces increasing hostility internationally, one might have thought it was in China’s interests to encourage such interlocutors. Many will see this as another sign it regards force as more useful than friendship.

Alarm has only been increased by the US administration’s linking of the Huawei case to trade issues. Donald Trump has said he “would certainly intervene if I thought it was necessary” to close a deal in the trade dispute. This may have been instinctive grandstanding rather than settled policy. But he has not only encouraged others to treat detentions as a bargaining chip; he has also given Ms Meng’s legal team the material to challenge extradition on the grounds that this is a politicised prosecution. Should he intervene, it would make US justice look partial and political – and confirm that Washington will demand the aid of its allies, but throw them under a bus whenever Mr Trump thinks it expedient.

Canada’s allies should do all they can to support it in the face of retaliation of whatever kind, not only from principle, but from simple self-interest. It is unlikely to be the last nation to be trampled in this conflict.