Home » Lifestyle » ‘The Great’s Accents Are British Instead Of Russian. Here’s Why It Works. 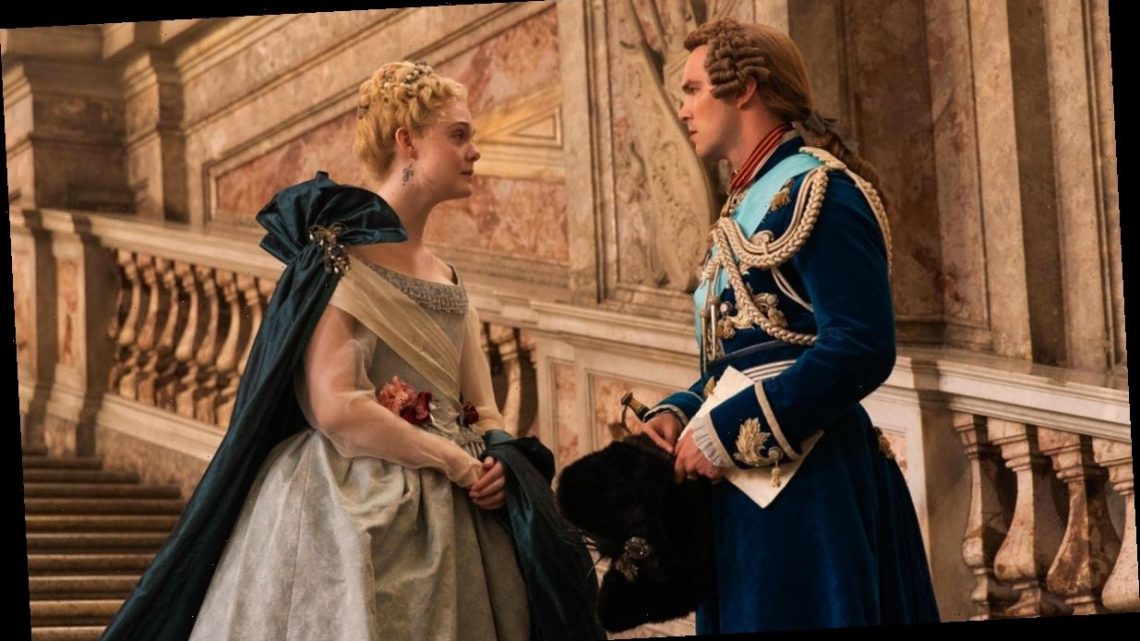 ‘The Great’s Accents Are British Instead Of Russian. Here’s Why It Works.

Tony McNamara’s new Hulu series The Great depicts Russian emperor Peter III (Nicholas Hoult) and his wife, Catherine-the-soon-to-be-Great (Elle Fanning). The series takes place in Russia, though it features American and British actors, who ostensibly don’t know Russian. But instead of speaking in Russian accents — or American ones, as the show is an American production — the characters in The Great speak in British accents. Why?

The same question could be asked of 2019’s Chernobyl, whose English-speaking cast spoke in a range of British accents to play their Russian characters. British accents have also been the go-to accent for English speakers playing characters from countries other than Russia: just look at the 2005 miniseries Rome, and various adaptations of Les Misérables (who could forget the Thenardiers’ signature Cockney accents?). That’s not even counting fantasy and sci-fi stories like Game of Thrones or Lord of the Rings, which use British accents as a default when their stories are set in mythical worlds.

"We’re often told, ‘This is other, but you can’t have it as it was, so it’s British,’" dialect coach and actor Eliza Simpson tells Bustle. "We’re like, ‘Okay, okay, British equals other. Interesting.’"

With so many examples of this trope, there are just as many reasons that productions might employ this technique. The first explanation, Simpson says, is also the most obvious: That the production is British. This is partly the case for The Great, which stars the American Elle Fanning alongside a predominately British cast, including Nicholas Hoult (whose pronunciation of "touché" should be enough to secure him an Emmy nomination), Phoebe Fox, Sacha Dhawan, and Adam Godley. Similarly, Chernobyl was a joint production between Sky Atlantic and HBO.

But while it may seem like British accents are an arbitrary choice for telling stories outside their language of origin, Simpson clarifies that having actors speak in this manner is never an accident. "When you’re building a world, all of these elements like dialect choice, cinematography, sound design, costume, production design — they’re all carefully considered pieces of a whole," she says. "So this all comes together to create a world that is consistent." Uniformity, she says, is the most important denotation of whether a production is successful in its use of dialects.

Still, some Chernobyl viewers were confused when the miniseries premiered in 2019 upon hearing Jared Harris pronounce names like Boris Shcherbina and Ulana Khomyuk in a posh British accent. The actor was, of course, aware of the criticism. "There was a discussion about what to do about the accents. It wasn’t as though the creators blindly stumbled into it," he told the LA Times. "If [having authentic accents] was going to be your defining sort of touchstone, you would hire English-speaking Ukrainian, Belarusian and Russian actors."

Indeed, creator Craig Mazin, who is American, thought long and hard about the dialogue, telling The Chernobyl Podcast that he wanted audiences to connect with the characters on an emotional level, which is why he ultimately chose to use British accents.

"At first, we thought that maybe we would have people do these sort of vaguely Eastern European accents — not really strong but noticeable," he told Metro. "What we found very quickly is that actors will act accents. They will not act, they will act accents, and we were losing everything about these people that we loved." After a few auditions, they decided not to go that route. "We didn’t want to fall into the ‘Boris and Natasha’ clichéd accent, because the Russian accent can turn comic very easily," Mazin said.

While it’s valid that a filmmaker may want to avoid the cartoonish accents that could result from actors doing new and unfamiliar accents, it’s not that some accents are impossible to learn. That’s what a dialect coach is for (Elle Fanning, for example, worked with one for her role in The Great). "Accent is an absolutely learnable, physical skill," Simpson explains. "So every actor in every cast could learn any accent they desire. It is not a fast thing, though." She points out that some productions may not have the time required for their actors to believably learn a new accent.

What Chernobyl did manage to do, however, was give various groups different accents to denote their class, as Harris pointed out in an interview with the LA Times. "Most of the people playing political figures have European accents, they’re Danish or Swedish," the actor said. "The scientists have sort of middle-class British accents, then most of the people playing working-class [characters] have regional British accents." Simpson explains that Game of Thrones did something similar: characters from the South had southern English accents, while those up North have accents that are geographically similar. In this way, the HBO shows were able to differentiate the dialogue and help develop their characters.

Another reason that shows and films might use British accents is that Americans have a long history with the UK, and their diction is familiar to us. Simpson explains that this is thanks to talk radio and later, movies. "With the advent of the BBC, they codified the accent that was used by, we’ll say the more affluent, intellectual, elite group," she explains, clarifying that those accents were not more "correct" or "beautiful." They simply became the default and by extension, desirable.

"Anybody who spoke on the BBC had to speak a very specific way," Simpson continues. "And so that starts establishing what’s called ‘prestige.’" This, she explains, is called Received Pronunciation, or what many Americans consider to be the default British accent (the Queen of England, most notably, has this accent). The Mid-Atlantic (or Transatlantic) accent — a mixture between British and American affectations — then became more widespread in the States with the advent of talkies, in the same way that Received Pronunciation was popularized in the UK.

The most important thing, Simpson says, is that the accents are consistent across the board, since audiences are adept at picking up on any deviations, whether they’re aware of it or not. "We’re quite good at that, I think, as an audience," the dialect coach says. "We don’t always know what we’re listening to, but… we know if it’s not consistent. You have that experience where you’ve been watching someone and going, ‘That doesn’t fit with the pattern that I’ve established thus far.’"

One example of this inconsistency is Sofia Coppola’s 2006 film Marie Antoinette. Its titular character, played by Kirsten Dunst, speaks with an American accent, as does her onscreen husband, played by Jason Schwartzman. Various other characters have British, American, and French affectations. Most of the dialogue is spoken in English, while people speak the occasional French. Simpson says that this, too, was a choice.

Coppola’s Marie Antoinette proved controversial in France, where audiences booed the film at Cannes (Chernobyl was similarly derided in Russia, where director Aleksey Muradov is now making an adaptation of the nuclear disaster). Of course, Marie Antoinette and The Great were only loosely based on history and both implemented several anachronistic components, like modern music and costuming. Neither were striving for linguistic accuracy.

But while Peter the III’s countless "Huzzah!"s may not be historically or culturally accurate, they’re certainly entertaining, which was more important to McNamara, anyway. "I wanted it to be funny and I wanted it to have its own tone. I just wanted the language not to be polite," The Great‘s creator told the Observer. "Essentially, I wanted to be sure I would like it, so that’s how I wrote it." What’s more, the resulting characters have the same accent and all sound like they’re from the same place — it’s just not Russia.

And although The Great has been critically acclaimed, Simpson hopes that this accent trope will fall out of vogue in favor of more authentic storytelling. This, fortunately, is already on the rise thanks to Netflix’s expansive international programming. "For the sake of authenticity, for the sake of consistency… it’s very important who is in the room," she says. "Representation is vitally important." And while she doesn’t know where the industry is headed next, she’s excited by the possibilities.

"I do know just like deep, deep in my bones, that with an increase in diversity and representation, we all as a community, we all get sharper," she says. "We all get richer, we all get more detail-oriented. We get better at spotting consistency and inconsistency. We just get more engaged. And I think better."

Ruby Rose Opens Up About Exiting Batwoman After One Season: 'It Wasn't an Easy Decision'