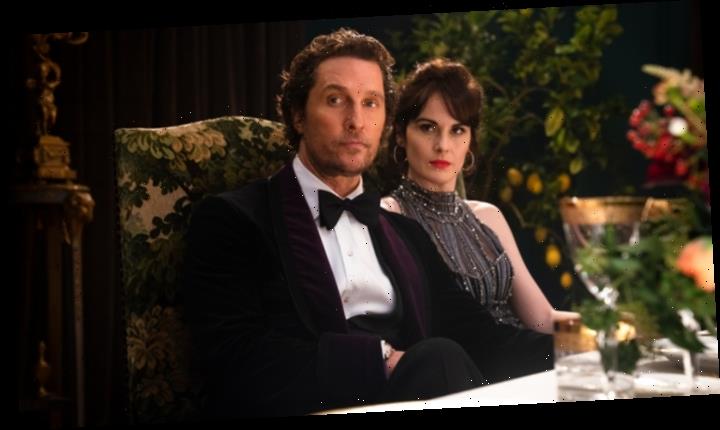 It took Guy Ritchie a little over a decade to make the transition from self-styled auteur to journeyman, and his output was hardly worse off for the change. At the turn of the century, he announced himself as the swaggering enfant terrible of British genre cinema with the sharp Cockney crime pic “Lock, Stock and Two Smoking Barrels,” though the law of diminishing returns set in fast: 2008’s “RocknRolla” was a tired gangster retread that still marked a step up from the Madonna folly “Swept Away” and the incomprehensible, Kabbalah-inflected “Revolver.”

A reset was called for; slick studio tentpole projects beckoned, ranging from a snazzy “Man from U.N.C.L.E.” revival to an impersonal but profitable turn in the Disney stable with “Aladdin.” It’s a second phase that has bought enough goodwill for Ritchie to don his tweed auteur flatcap once more. Enter “The Gentlemen,” a knockabout all-star return to the underworld that feigns to remind us who its director really is, but feels, in most respects, like a hedging of bets. A blander stylistic exercise than whiplash-inducing early efforts like “Lock, Stock” and “Snatch,” less ambitious but more cohesive in its structural trickery than “Revolver,” it would feel like boilerplate Ritchie if he hadn’t just spent 11 years away from the genre principally associated with his name.

For Ritchie fans not burnt out on the sundry guns-and-geezers imitations spawned by his early successes, then, “The Gentlemen” is, in its own way, as much an exercise in cautious nostalgia as any Disney remake, right down to the prominent involvement of revived production company Miramax. The former house of Weinstein even gets an onscreen shoutout — courtesy of the script’s silliest fillip, a movie-within-a-movie plot with little great payoff — that does little to dispel the impression of a film made principally for the amusement of those behind it. A less forgivable blast from the past, however, is a discomfiting strain of racially-based humor running throughout Ritchie’s original script, making flat punchlines of multiple Asian characters. At such points, “The Gentlemen” leaves cheerfully shopworn territory behind, settling instead for actively retrograde.

It begins, as Ritchie films are wont to do, with a literal bang: a flash-forward to smooth American criminal Mickey Pearson (Matthew McConaughey, accessorised throughout with sparkly ear stud and mile-wide smirk) as he saunters into a London pub, orders a pint and a pickled egg, and promptly gets his brains blown out by an unseen shooter. Or does he? Cue the first of several rewinds and alternative narrative splinters, intended to boggle any brains not still lingering on the peculiarity of someone ordering a pickled egg in 2019.

“If you wish to be the king of the jungle, it’s not enough to act like the king, you must be the king,” McConaughey purrs, though his introductory voiceover is another bit of misdirection: The bulk of the film, it turns out, is narrated by Fletcher (Hugh Grant, cast joltingly against type as a working-class rascal), a deviously impartial observer to various East End gangster wars, who has worked them into his own Ritchie-esque screenplay titled “Bush.” A leading but elusive figure in “The Gentlemen,” Pearson is the active protagonist of “Bush,” titled after his roaring trade: a marijuana empire scattered between underground bunkers in various stately homes around the English countryside.

A white-trash expat who climbed the British social ladder by dealing to Oxford scholars, Pearson is after his own posh country pile, targeting an early, well-heeled retirement with his wife, street-smart Essex girl Rosalind (Michelle Dockery, a good sport in a role with more outfits than character traits). The word “gentrification” gets bandied about a lot in “The Gentlemen,” not necessarily with a negative slant: New money is as honorable as old money in Ritchie’s Britain, just as long as there’s a lot of it. But when Pearson looks to cash out his business to fellow Yank Berger (Jeremy Strong, amping up the Kendall Roy skeeziness), his comfy plans are imperilled by a tangled series of bad trades and betrayals — to which Fletcher fancies himself an invaluable witness, turning up at the door of Pearson’s dapper right-hand man Raymond (Charlie Hunnam) with a £20 million blackmail demand.

It’s an oddly circuitous way of unspooling an otherwise standard-issue dishonor-amongst-thieves plot, much of it relayed by Fletcher to Raymond on the latter’s backyard patio — a distinctly undynamic setting, and one of several suggestions of a pinched budget here. Occasional digressions into Fletcher’s fictional screenwriting notions (“I’m a storyteller: as they say in the film game, I’m laying pipe,” he leers) add little but self-satisfaction to proceedings, as do stray, strained cinematic references to the old-school value of 35mm lensing and the narrative twistiness of Coppola’s “The Conversation.” (“A bit boring, to be honest,” Fletcher declares, though in his defense, he hasn’t actually seen “The Gentlemen.”) It’s an approach that often leaves Hunnam’s impassive lackey figure to carry much of the action — which he does, with slightly mournful charm — while his more flavorful superiors recede into the background.

Other stars dart in and out of the action at random, inessential intervals. Colin Farrell is amusing as a plaid-tracksuited Irish mentor to a coterie of young thugs (mostly men of color, none with any independent character agency) but is all but dispensable to whatever intrigue there is. British-Malaysian star Henry Golding has the thankless task of heading up a crew of East Asian heroin dealers — the other characters’ uncertainty over his exact identity is played for a hackneyed laugh — whose interference with Pearson’s business seemingly leads the film to the conclusion that American drug lords are somehow more appealingly rogueish than Chinese ones.

The actors, splendidly kitted out in autumnal suiting and knitwear by costume designer Michael Wilkinson, have what fun they can with such thin, dated material, but everyone here deserves better: Despite scattered references to grime music and Brexit, “The Gentlemen” carries precious little flavor, either in its quick, choppy craft or its familiarly expletive-laden dialogue, of British life, politics, vernacular or even filmmaking in 2019: Where “Lock, Stock and Two Smoking Barrels,” for all its obnoxious, now over-imitated tics, burst onto the U.K. indie scene with genuinely reckless, rebellious energy, this feels as much a mouthy tourist in its modern London as McConaughey’s enterprising scumbag. Himself gentrified by a decade in Hollywood’s big leagues, Ritchie doesn’t much seem to know his own scuzzy world anymore.