The Game denies dating ‘13 Going on 30’ star Christa B. Allen after kiss

The Game has a bulletproof sneaker closet

The Game denied entry to Canada for tour

The Game must turn over financial records in $7.1M sexual battery suit

The Game apologizes for punching teammate during basketball game

The Game shut down rumors that he is dating “13 Going on 30” actress Christa B. Allen after they shared a steamy kiss in a video posted to TikTok Monday.

“Christa and I have mutual friends. She attended my Fourth of July party, and I hopped on her TikTok,” the rapper, 42, told People Tuesday. “She’s a beautiful woman, but we’re not dating.”

In the video, Allen, 30, is seen looking down in the dumps while resting with her dog as she tells her viewers, “What’s up, guys? I absolutely can’t take it anymore,” with the caption, “When you just broke up BUT … you just broke up 😏.”

The clip then cuts to footage of The Game planting a big smooch on Allen’s lips as he wraps his arm around her neck before playfully sticking his tongue out at an outdoor party. 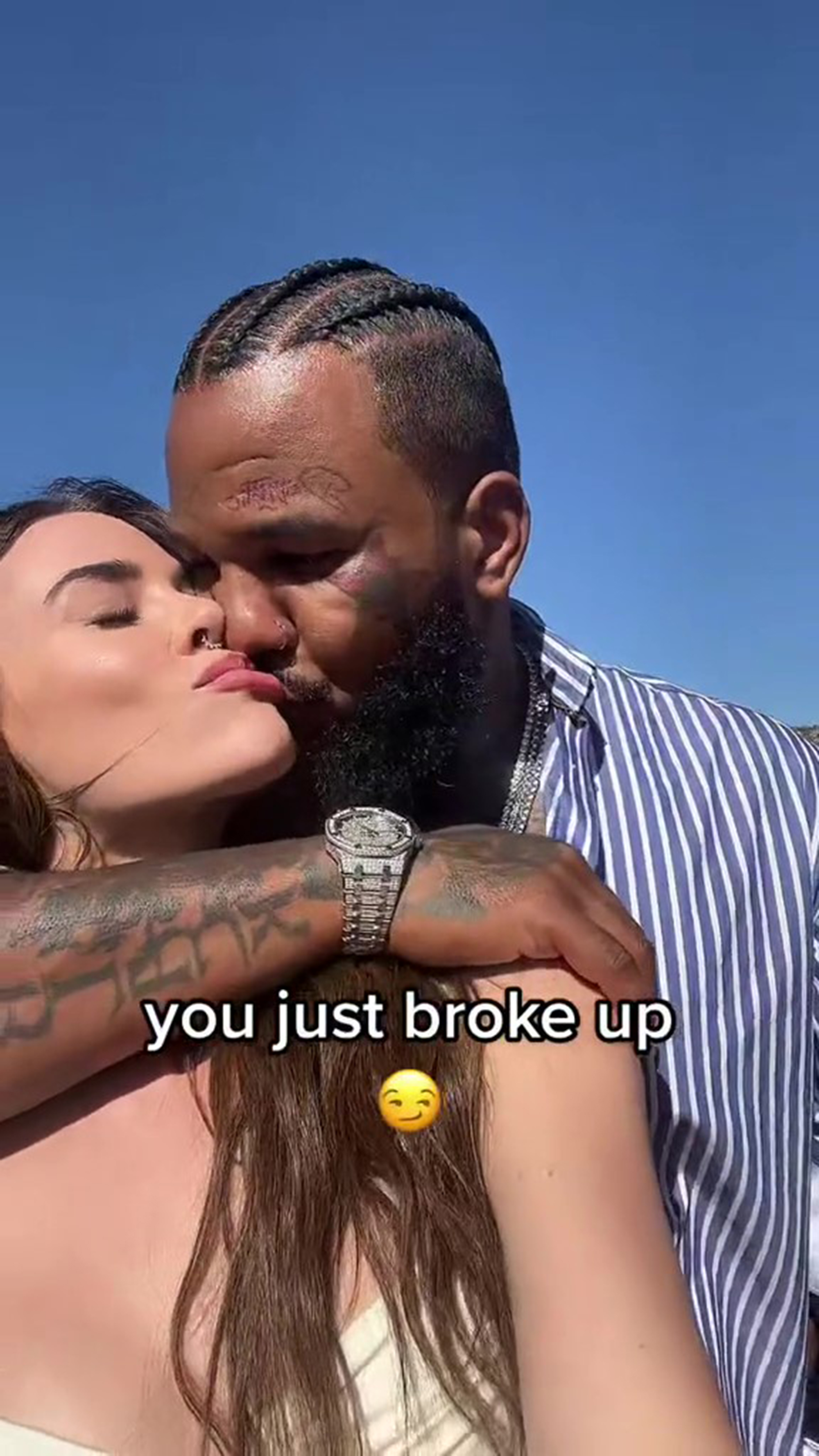 She dubbed the video with audio of Megan Thee Stallion saying, “What’s up, y’all? It’s me again, the motherf–king hot girl coach.”

Fans flooded the comments section of the TikTok post to question whether The Game was actually dating Allen, with many referencing her iconic film starring Jennifer Garner.

“Jenna rink & THE GAME. i missed a chapter LOL,” one person wrote, referring to Allen’s character in “13 Going on 30.” 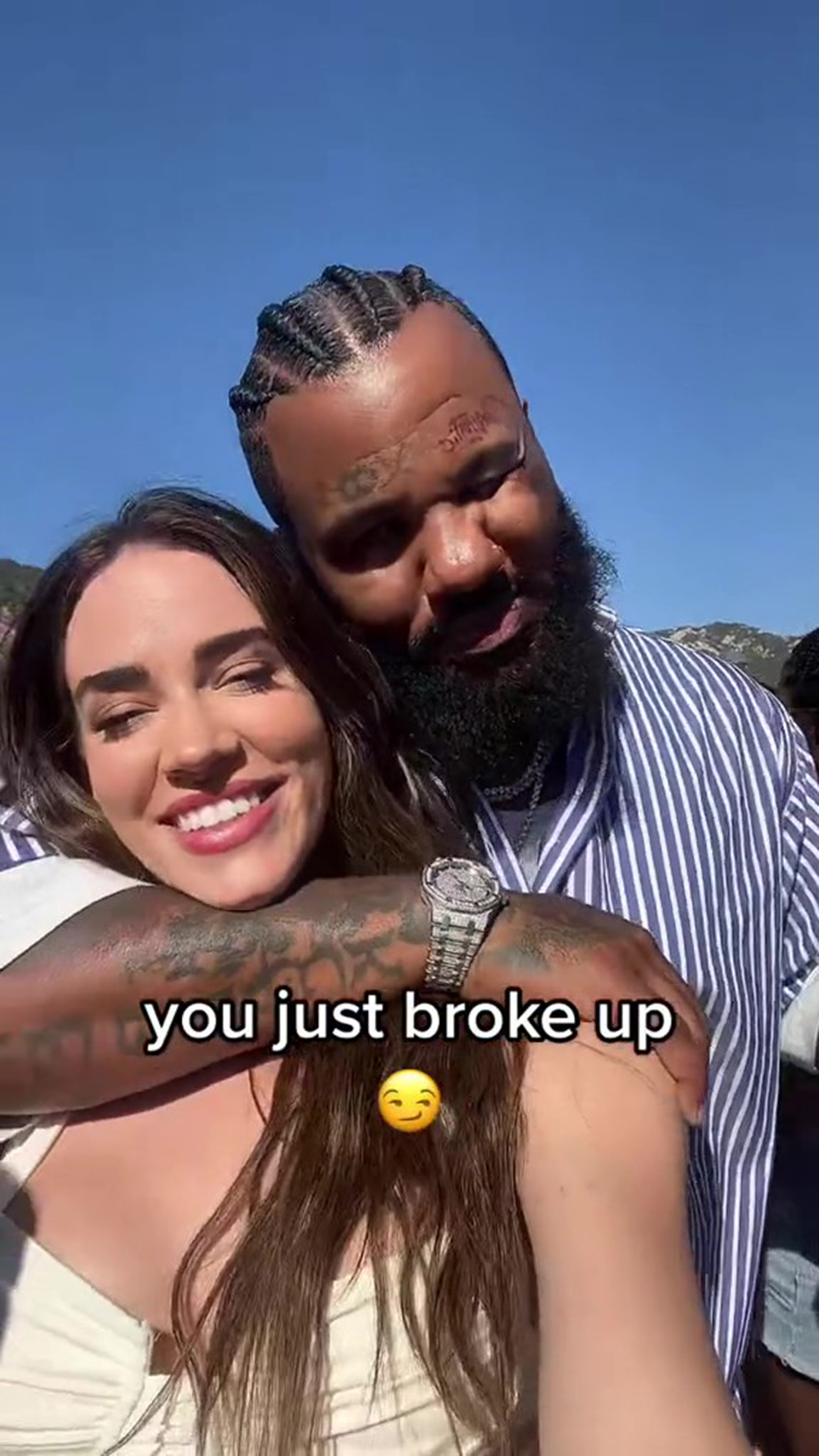 Another referenced Garner’s love interest in the movie, played by Mark Ruffulo, writing, “What happened to Matty?” with Allen writing back, “he dipped 🖐 .”

“This is so random lmao,” a fourth user wrote.

“Y’all really completely missed the whole point of the video..😭 she’s SINGLE so she can do whatever was the point.. don’t mean they dating chilll🤣😭,” another added. 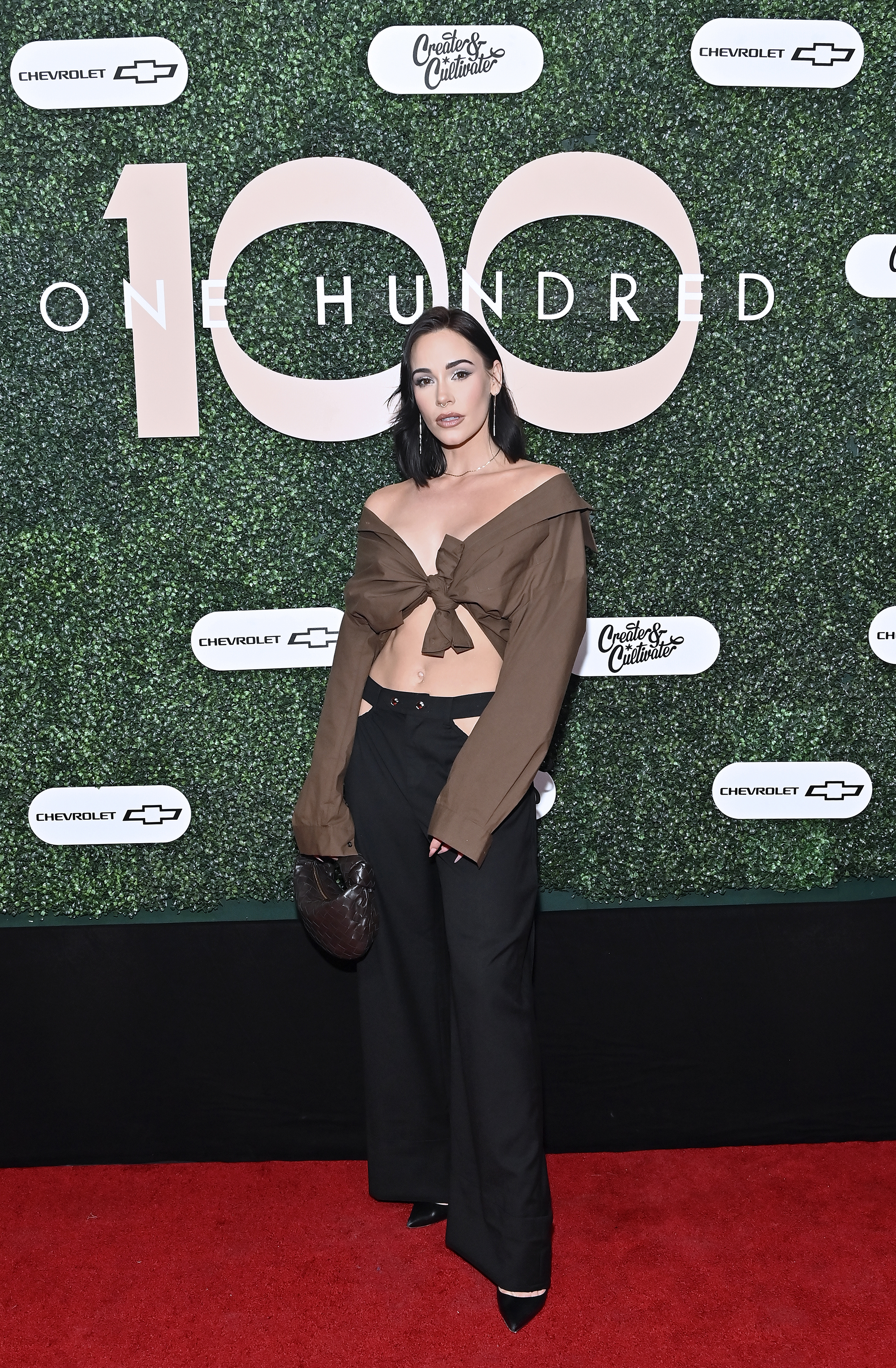 And when one more fan wrote, “how dare you post this without any context,” Allen confirmed that she and The Game were not an actual couple, responding, “full context! I’m a single woman doing single woman things.”

Allen was linked to actor Alexander Will in 2014. Meanwhile, The Game confirmed to People Tuesday that he is not single but did not specify who he is seeing.

Allen has gone viral in the past for her content referencing “13 Going on 30,” in which she played the younger version of Garner’s character.

In 2020, she recreated a scene from the movie by wearing the same colorful Versace dress Garner, now 50, had rocked.

If you love the Boy Smells cannabis candles, these 3 new perfumes will be right up your street
World News