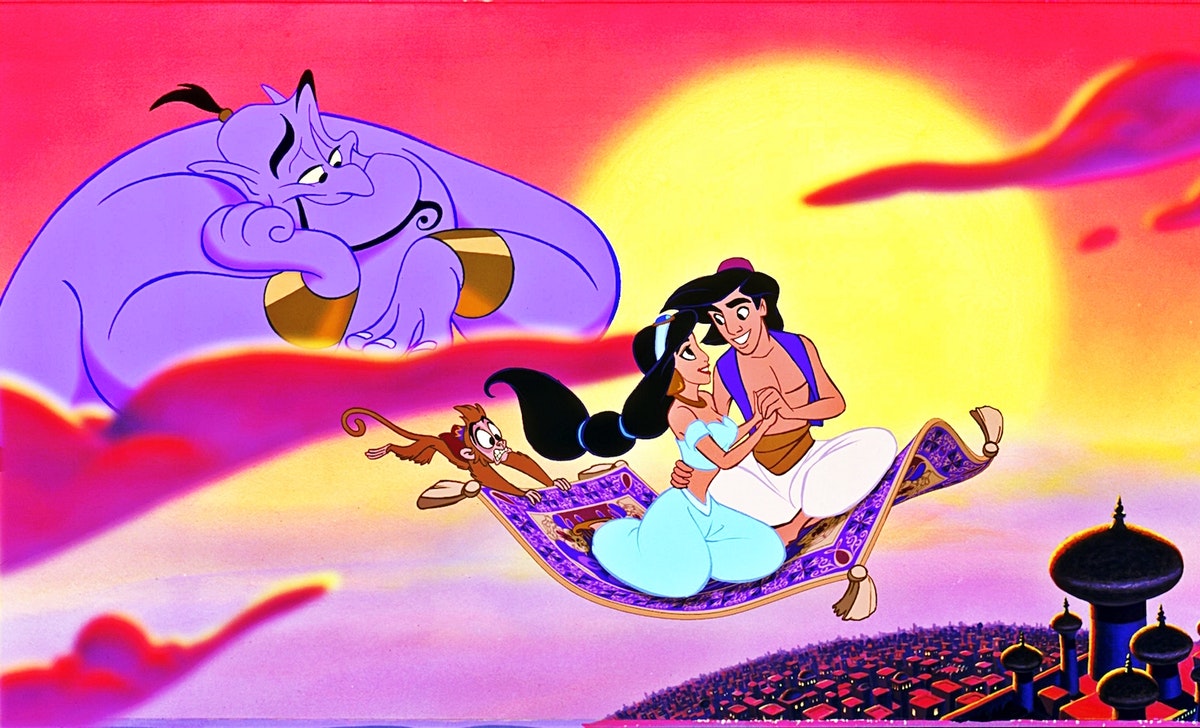 At long last, Disney is granting our wishes with a first peek at of its upcoming live-action Aladdin movie. But although the reveal of what Aladdin, Princess Jasmine, and the Genie will look like will please some Disney fans, many others are confused about a certain character’s appearance. The first live-action Aladdin photo of Will Smith as Genie is the cover of the latest issue of Entertainment Weekly, but fans are quick to point out online that Smith does not look like the animated Genie at all. Most notably, he is not blue!

It was never totally clear how Guy Ritchie’s live-action retelling of Aladdin would handle the Genie. Since Robin Williams’ death in 2014, the iconic character became even more difficult to adapt in new ways, but Will Smith assures fans that his Genie will be partially an homage to Williams and partially a new take on the shape-shifting, wish-granting being, with a new "hip-hop flavor," he says.

Although the first-look picture of the Genie just shows Will Smith kind of just looking like Will Smith — albeit with some lavish new duds and a hairstyle straight out of Game of Thrones —director Guy Ritchie says that we will see a blue version of the Genie in the movie. He also teased what he was going for when representing the Genie in this live-action film:

It’s a whole new world! ✨Get an exclusive preview of Disney’s updated take on #Aladdin — plus new photos and scoop on #TheCrown, #KillingEve, #Hellboy, and more — in our magical First Look issue. Click the link in our bio for a sneak peek, and pick up the issue on newsstands starting 12/21. ?: Disney

A post shared by Entertainment Weekly (@entertainmentweekly) on Dec 19, 2018 at 4:44am PST

While the blueness may be coming later, this first reveal left a number of Disney fans missing the iconic character’s signature hue. After Entertainment Weekly posted their cover featuring Will Smithin his fully reimagined Genie costume, a number of fans bemoaned the significant changes to the animated character on Twitter:

But the upset fans should rest easy knowing that the Will Smith character we see on the Entertainment Weekly cover is only one form of the Genie that the live-action Aladdin will present. After posting the image on his Instagram account, Will Smith clarified in the comments that this is only how is character looks in his "human / disguise" form, and assured fans that Genie would indeed be a blue CGI creation for the bulk of the movie. 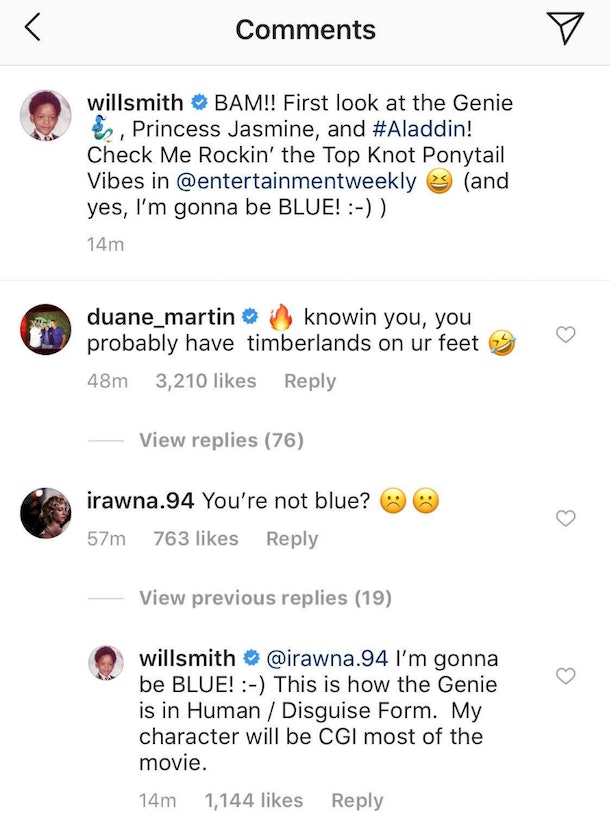 And that cover photo featuring Aladdin, Jasmine, and the Genie is not the only new peek at Aladdin that Entertainment Weekly has shared. The publication shared a number of stills from the live-action movie on its Instagram page, including first looks at Marwan Kenzari as Jafar, Nasim Pedrad in the new role of Jasmine’s handmaiden Dalia, and an adorable photo of the realistically rendered monkey Abu. The photos also include more shots of Mena Massoud as Aladdin and Naomi Scott as Princess Jasmine.

Fans still have a long wait before seeing the movie, complete with a Genie that hopefully looks much closer to the famous cartoon. Aladdin is slated to fly into theaters on May 24, 2019.

Excuse Me, Jeffree Star Gets Paid How Much to Use a New Product?!
World News