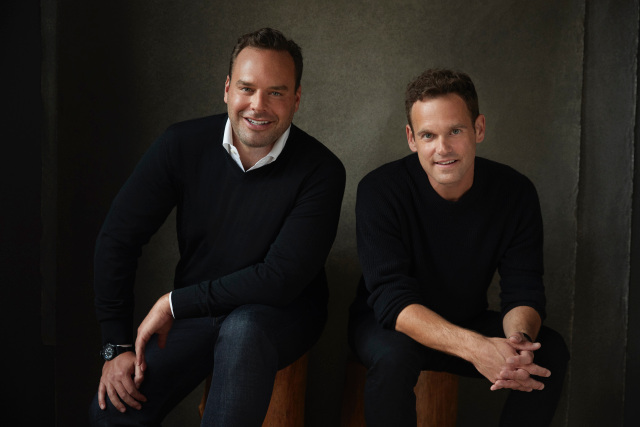 The Duo Who Help the Fashion Industry Land Dream Jobs

Billy Clark and Clayton Apgar have helped many in the fashion industry land their dream jobs, and now their secrets are available for all.

The pair have released “The Little Book to Land Your Dream Job,” based on their expertise of counseling more than 5,000 people on career changes and job searches with companies like The Row, Kelly Wearstler, Peter Marino and more.

“One of the most important components of the dialogue we’ll have with anyone is expanding what we often traditionally think of as our skill set to encompass attributes, which are broader than our skill set, technical or otherwise,” Apgar says. “Especially in the 21st century, especially in a lot of roles in a surrogate economy, there’s a broader range of experiences, talents, perspectives that we all can bring to a role that sometimes are more valuable. Helping people see that full landscape, especially in a creative vertical like fashion, can make a huge difference.”

Since 2011, Clark and Apgar have run Billy Clark Creative Management, a boutique search firm and recruitment for creative design and lifestyle businesses. The book version of their method has been five years in the works, they say, with the change of pace during the pandemic giving them the sit-down-and-write time they needed.

“Our model in a way was Marie Kondo: we all can’t have Marie Kondo come and organize our T-shirt drawer, but she wrote a book that everyone in the world could buy and get her approach and do that same thing for themselves,” Apgar says. “Could we do that with this intimidating, often opaque, confusing project of having a career? Finding a job, going out and getting a new job, making a pivot, starting your own business, all of that. We all learn how to do subjects, but we were not ever taught, especially growing up, how to think about a career itself. That career illiteracy that we identified is something that we wanted to tackle.”

One such client is New York-based artist Sarah Coleman, who just launched her summer 2021 bag collection with Fendi. Coleman met Clark and Apgar when she was working with Peter Marino. Ready for a career change, she connected with the duo, who eventually sent her in the direction of The Mercer Hotel as the art and design director, a bit of a pivot for Coleman.

“As a creative person going in to meet with a headhunter, a creative agency.…I think when you’ve worked in interior design, it’s sort of ‘OK, I have all of these things, but I don’t necessarily know what would be the next step to put all of these things together, to still have my practice but also have a job and be going to work every day,’” Clarkson says. “They see a trajectory that you don’t necessarily see.”

They say jobs in creative fields like the fashion industry are unique in that they often don’t come with the same linear ladder climb that industries like finance or law do.

“I think oftentimes people get confused with thinking about the next thing, and they barely realize or take stock in where they’ve been to date,” Clark says. “We’re 90,000 hours working [in our lives]. And so you want to be sure that what you’re doing is actually part of the plan. I think the face-to-face element is the secret sauce.”

“Especially as a creative, you don’t have a path like in some jobs where it’s like, ‘you do this, this and this, and you move in this direction.’ It’s very abstract,” Clarkson agrees. “And you could go a hundred different ways, and having someone who is confident in you and will be upfront with you..it has been so valuable.”