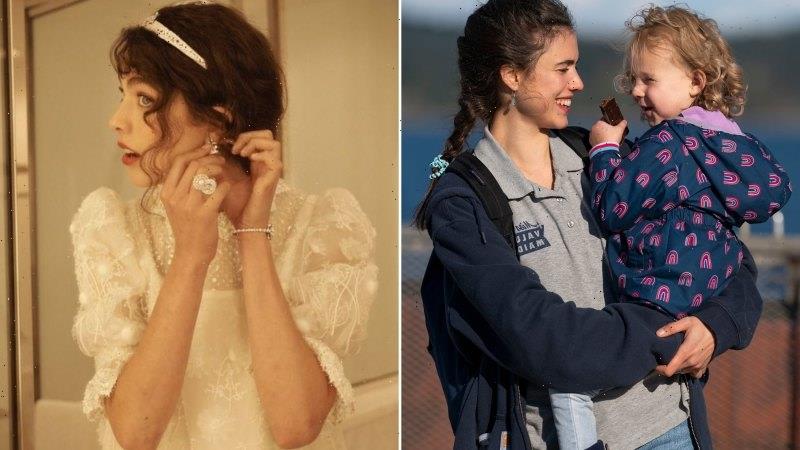 The Cinderella myth we can’t quit

Margaret Qualley has attained mega celebrity of late, in two very disparate roles: She is the star of Maid, a bingeable Netflix series (based on Stephanie Land’s namesake memoir) about a young single mother’s struggle with grinding poverty, homelessness and hunger. And she is a “brand ambassador” for Chanel, representing one of the world’s most exclusive luxury labels.

How do we make sense of these two gigs, which feel light-years apart? 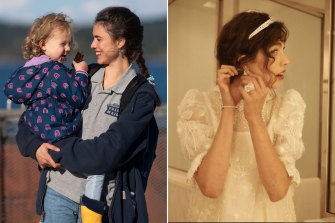 A scene from Maid; Margaret Qualley getting ready for the 2021 Met Gala.Credit:RICARDO HUBBS/NETFLIX; Instagram

In Maid, Qualley’s character, Alex, flees an abusive partner, takes refuge in a women’s shelter and winds up scrubbing toilets for a living, barely able to feed herself and her young daughter — all while looking after her troubled mother (movingly played by Qualley’s actual mother, Andie MacDowell).

Though the series has an uplifting end, the overall message remains bleak: It’s a story about America’s inadequate social safety net, generational cycles of poverty and addiction, and hardworking people always just a few dollars away from extreme hunger or eviction. As Alex, Qualley downplays her striking beauty, with minimal makeup, a haphazard ponytail and a wardrobe of shapeless, used clothes, including her drab maid’s uniform.

An accomplished actress with ballet training, Qualley is highly adept at creating compelling expressions and evoking strong emotion with her voice, face and body. It takes nothing away from these talents to acknowledge that they do not exist independently of her beauty. Knowing how to use one’s physical instrument is a sine qua non of both modelling and acting. Qualley has a fashion physique — tall and slim — with a cinema face: mobile with sharply defined features; wide, almost childlike blue eyes; and a wide, charismatic smile to match.

In Maid we root for Alex, admiring her grit and determination. And part of our attachment to her is undeniably visual: It’s pleasurable to watch Qualley, and that pleasure encourages us to follow — to consume — her story and hence the series.

Centuries of fairy tales, novels and films have conditioned us to expect that the beautiful, downtrodden young woman will be saved — revealed as a secret princess, plucked from obscurity, rescued by a prince or, with the more contemporary twist in Maid (spoiler alert): recognised for her writing talent and granted a college scholarship.

It’s still the ancient Cinderella narrative baked into virtually all of women’s popular culture. (In a tragic, thwarted-Cinderella subplot, Alex’s mother, Paula, a beautiful artist, tries and fails repeatedly to find a decent man to save her from poverty.)

Planet Chanel feels light-years away from the world of Maid. As the brand’s ambassador, Qualley uses her face and figure to conjure the classic Chanel fantasy landscape of ultra-French luxury and elegance — a place where no one worries about gas money or food stamps. Here, Qualley’s beauty is more overt, her glam quotient dialled up to “stun.” As the literal “face” of Chanel, Qualley is on offer as another consumable commodity, positioned against backdrops designed to convey global sophistication, refinement and indulgence.

Last July, for example, Chanel showed its fall 2021 collection at the Palais Galliera, the neo-Renaissance mansion and fashion museum in Paris’ ultraposh 16th Arrondissement. There, Qualley glided out for the finale, resplendent in a showstopper bridal gown: a white silk confection whose silhouette — fitted waist, flaring voluminous skirt and slightly puffed shoulders — telegraphed “storybook princess.” Beaming beneath a sequined mesh veil, Qualley made a radiant, if fictional, bride.

Concluding a runway show with a bride is an old-fashioned tradition, which Chanel has practised throughout the years. Presenting a wedding dress as the finale confirms its status as the most powerful and transformational element of a woman’s wardrobe, the signal of her social elevation to wifedom. And creative director Virginie Viard’s spectacular princess-style gown only amplified this, punctuating her collection with a happily-ever-after grace note. Here again, Qualley was anointed a modern-day Cinderella.

Sometimes, the fantasy power of fashion doesn’t even require clothes. Two weeks ago, Qualley posted a photograph of herself on Instagram, rising from the ocean, nude but for five strategically placed Chanel handbags. Had Botticelli’s Venus stopped by Rodeo Drive? Was this a holiday selfie taken by a lady of leisure? (Who else would risk these bags in saltwater? Prices start at about $US4000 and go up to $US10,000.)

The photo was taken by Cass Bird for Hommegirls magazine, and as with most luxury fashion images, the point was not to make sense but to associate the desirability of the celebrity with the desirability — and buyability — of the commodity. The objects are placed next to, or directly on, the beautiful feminine body, to indicate that consuming them — buying the bags — will somehow transfer the pleasure of that scene to viewers, inducting them into that carefree vista of sea, sex, beauty and wealth.

No brand understands this process better than the Maison Chanel, a corporation whose founder, Coco Chanel, used fashion to elevate herself from poverty to global-billionaire status. And here is where we begin to see that Qualley’s two — apparently discordant — professional roles are actually intimately related: Like Alex the maid, Coco Chanel spent her youth struggling to survive utter destitution and miserable low-wage jobs.

But she designed her way out of it. She created an entire luxury signalling system: the CC logo, the tweeds, the pearls, the perfume, meant to lend an aura of charmed belonging to herself, which she then marketed to her millions of customers. And rather than reject her working-class past, Chanel mined it for design inspiration, basing many of her most successful fashions on workers’ clothing. Most famously, her little black dress recalls the typical uniform worn by French housemaids at the time.

As an avatar of the Maison Chanel, Qualley turns out to be the perfect casting choice for the star of Maid for just beneath the luxury of the Chanel brand lies a story not unlike that of Maid, a story of extreme deprivation and ambition — which spurred the creation of the entire company. In other words, there’s an Alex-the-maid hovering just out of sight in every Chanel ad.

The reverse can be true, too. Sometimes, that is, Qualley helps us see the Chanel-esque luxury element hiding within Alex the maid. In one episode for example, Alex “borrows” an expensive cashmere sweater from Regina (played by Anika Noni Rose), a wealthy housecleaning client, and wears it to entertain a date in Regina’s home, which she pretends is her own.

Wrapped in beige cashmere, fully made up, seated on expensive furniture with wineglass in hand, Qualley looks like she belongs there. She looks, that is, as if she might be the kind of woman who can afford many Chanel bags.

Maid uses such moments to prepare us for Alex’s eventual escape from poverty. “See?” it seems to reassure us, “Alex belongs to this other, finer world. That world you’ve seen her (or this actress) representing in magazine ads.” In the series’ last episode, a college-bound Alex tries to return the cashmere sweater, but Regina insists she keep it, noting it cost $US1400. Alex gives in and accepts the gift, and with it, her own inevitable upward mobility. She is accepting princess status from a queen — the aptly named Regina.

From opposite sides of the pop-culture continuum, Maid and the Maison Chanel contemplate different strata of women’s lives, social class, aspiration, the desire for escape and indulgence, and the way society commodifies images of femininity and inserts them perpetually into fairly narrow, even predictable narratives. In her unique position representing simultaneously the extreme “rags” and “riches” poles of the classic princess storyline, Qualley reminds us of just how close those two sides remain.

Rhonda Garelick is the dean of the School of Art and Design History and Theory at Parsons/The New School and the author of Mademoiselle: Coco Chanel and the Pulse of History.