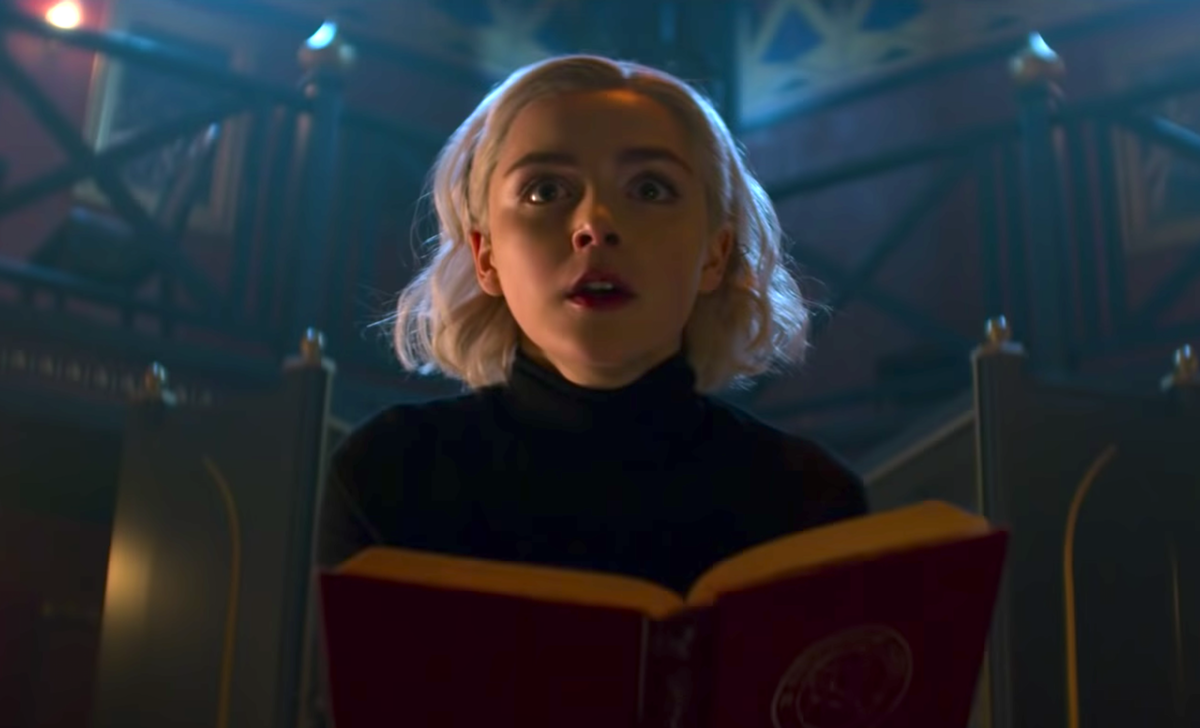 Netflix’s Chilling Adventures of Sabrina series may have only debuted about a month ago, but fans will not have to wait much longer for a whole new season of the spooky show. A newly released teaser trailer for the second season reveals that we only have a few months to wait for the next chapter in Sabrina Spellman’s bewitching story, and it also gives us our first look at the changes Season 2 has in store for everyone. You are definitely going to want to check out the new Chilling Adventures of Sabrina Season 2 teaser trailer for everything there is to know about the new season.

Over the weekend, Netflix dropped its revealing teaser for Season 2 of Chilling Adventures of Sabrina. Of course, the most important bit of information to come from the teaser was the Season 2 premiere date that we have all been waiting for. Since Season 2 was filmed directly after Season 1 thanks to Netflix giving the series a 2-season pickup right off the bat, fan were hopeful that we would not have to wait a full year between seasons, and the new teaser confirms those hopes. At the end of the 40-second clip, Netflix confirms that Season 2 of Chilling Adventures of Sabrina will begin streaming on Friday, April 5, 2019. That is only four months from now!

Aside from the premiere date, there is also a ton of other shocking revelations in the new teaser. Check out the new Season 2 footage for yourself below and then we can break it all down:

Fans of the ’90s ABC sitcom Sabrina the Teenage Witch were probably delightfully surprised by the first few moments of the new Season 2 teaser, which opens with Sabrina magically changing into multiple outfits in front of her mirror. The quick-changing scene is a clear shoutout to Sabrina the Teenage Witch title sequence, which involved Melissa Joan Hart’s version of Sabrina Spellman using her powers to change clothes. Many fans speculated that the first season of Chilling Adventures of Sabrina would have included more nods to Sabrina the Teenage Witch, but so far this bit from the new teaser is the closest the show has come to acknowledging the ’90s sitcom.

The Season 2 teaser also shows how Sabrina will have changed since signing her name to the Book of the Beast in the Season 1 finale. Now, she is much more partial to black clothing and her romance with warlock Nick Scratch is heating up much more than before. But all hope is not lost for Sabrina’s relationship with Harvey, as the trailer shows the two making out briefly. Perhaps we should be most concerned about Sabrina’s relationship with the Dark Lord, though. At the end of the teaser, Sabrina is ready to burn down Baxter High, with the Dark Lord egging her on in her ear. Geez, and we thought Season 1 was dark!

Season 2 of Chilling Adventures of Sabrina will stream in its entirety on Friday, April 5, 2019. And before that, the show’s holiday special will premiere on Friday, Dec. 14.