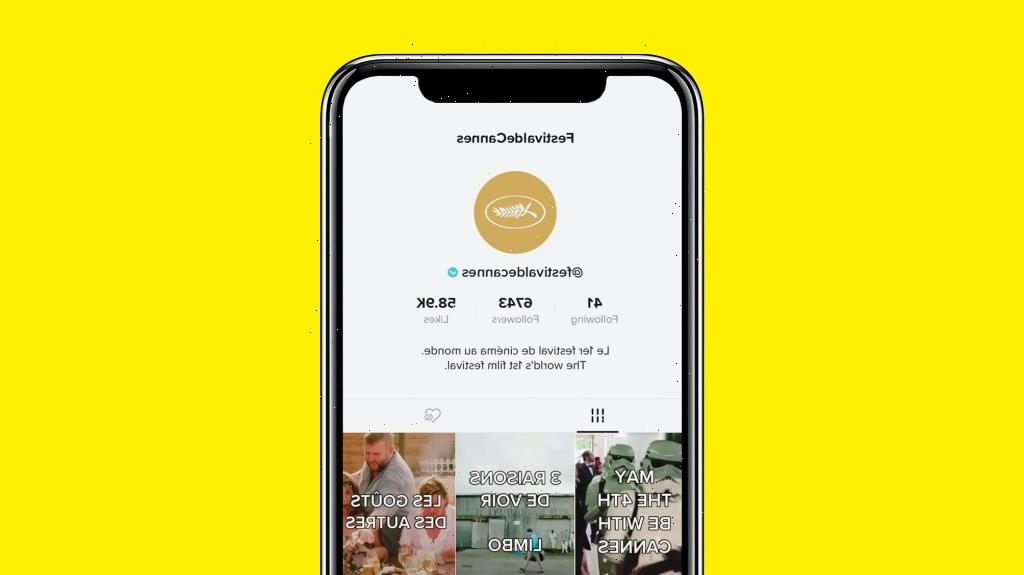 At this year’s Cannes Film Festival, heads will turn at a new May-December romance: TikTok, which is 6 years old, has hooked up with the venerable fest, now celebrating its 75th anniversary.

How is it that Cannes — which, in years past, notoriously banned social-media posting from its famous red-carpeted steps — is now welcoming TikTok as one of its elite sponsors? For the festival, the partnership is aimed at pulling Cannes forward into the 21st century, lending it a sheen of techno-hipness and ideally attracting younger film fans. For TikTok, which boasts more than 1 billion monthly users worldwide, pairing with the Cannes Film Festival is an effort to show filmmakers that the app is more than just a place for teenagers to lip-sync to the latest viral dance craze.

According to Cannes Film Festival head Thierry Frémaux, the TikTok collab is part of the fest’s desire to diversify its audience. “We’re looking forward to sharing the most exciting and inspiring moments from the festival and seeing the festival reimagined through the lens of TikTok creators and its community,” he says.

The 2022 Cannes Film Festival, set to run May 17-28, will provide TikTok users with exclusive livestreaming content from red carpets, as well as backstage moments and interviews with talent. It will all be presented through the official @festivaldecannes account on TikTok.

In addition, the partners created #TikTokShortFilm, a global competition inviting both established filmmakers and emerging creators to submit super-short original videos of between 30 seconds and three minutes. Winners in three categories, selected by a jury, will be awarded a cash prize and a trip to the Festival. The Grand Prix winner is receiving €10,000 ($10,500), and the winners for script and editing will get €5,000 ($5,250).

“The festival is a completely iconic event, and they’ve never had a digital platform partner,” says Rich Waterworth, general manager of TikTok Europe. “We’re really honored to be part of it. It’s a great moment for TikTok.”
Still, there would seem to be a disconnect between the worlds of auteur cinema and TikTok — owned by Chinese internet giant ByteDance — where the maximum video length is 10 minutes (after only recently expanding from a max of three minutes).

Where does the Venn diagram intersect, exactly? Waterworth, a former YouTube marketing exec based out of London, argues that there is indeed a strong connection between the Cannes Film Festival and TikTok. Both are dedicated to providing platforms for authentic, creative expression by passionate storytellers, he says. And there’s a large film community already on TikTok, dubbed “#filmtok,” with cinema-related content on the app garnering more than 4 billion views to date.

“It was a very natural conversation” to partner with Cannes, says Waterworth. “It reinforces the commitment we’ve had to creativity, and to the creative industries on — and off — TikTok.”

Waterworth continues, “There’s a community of very talented filmmakers who are using TikTok as a canvas for storytelling.” He calls out two popular creators, @romanlolo and @americanbaron, who have gained followings for their original short-form films on the app.

TikTok has increasingly been working with movie studios and other film festivals on partnerships. The Cannes Film Festival deal, under which TikTok is paying for its sponsorship position, is an extension of that work, according to Waterworth. For example, TikTok teamed with Warner Bros. for the theatrical release of Denis Villeneuve’s “Dune” in France, featuring stars Zendaya and Timothée Chalamet on the red carpet. It also executed a global campaign with Sony Pictures for “Spider-Man: No Way Home.”

The Cannes-TikTok partnership will also feature a variety of challenges launching during the festival itself. Waterworth says those will be “broad-based,” tied to films premiering at the festival, as well as talent. TikTok also is developing augmented-reality effects for the festival that users will be able to incorporate in their own video clips.

“We’re constantly looking for new ways to stimulate that community on TikTok to be more creative,” says Waterworth.

While TikTok is the first digital-media app to sign on as a Cannes sponsor, the festival has long had promotional partnerships with luxury and lifestyle brands. For example, L’Oréal Paris returns for the 25th consecutive year as a premiere partner, alongside Air France, BMW, Chopard, France Télévisions, Kering and digital-media company Brut.

TikTok, aligning with the format of Cannes’ traditional awards, assembled a diverse and global jury to pick the honorees for the inaugural #TikTokShortFilm program. The international jury was led by Rithy Panh, whose films regularly play Cannes, Berlin and other top fests; alongside Basma Khalifa, the Sudanese multi-disciplinary creative; Camille Ducellier, the artist and filmmaker of “Bachi-Bouzouk”; Angele Diabang, the screenwriter and producer of “Un air de kora”; and Khaby Lame, the Senegalese-born TikToker who is one of the app’s most popular creators, with 137 million followers. The jury was largely assembled by Éric Garandeau, former president of the National Film Board (CNC) in France, who is now head of public affairs for TikTok in France.

TikTok execs, including Waterworth, will be in attendance at the festival and the app’s sponsorship will be promoted throughout the event. TikTok also is running a large-scale marketing campaign across France celebrating the partnership — as well as content related to movies and storytelling — which also will be shared on the app.

“There’s a direct line between the origin of moviemaking and TikTok,” Waterworth says. “The connective tissue is about two things: fandom and creativity…. It comes back to finding ways to stimulate the TikTok community to give them access to the greatest film minds and talent around the world.”