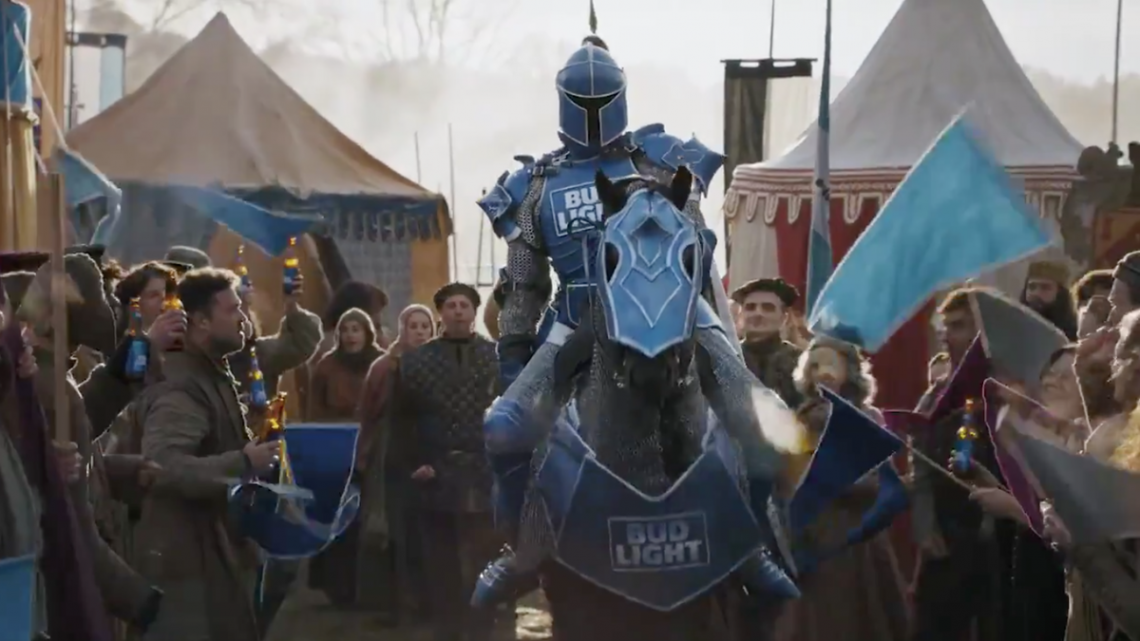 Fans of Game of Thrones will never forget the heartbreaking moment when the honorable Oberyn Martell was killed by the Mountain during a dramatic trial by combat. But the scene, as recreated in the Bud Light Game of Thrones Super Bowl commercial might, might not be quite what fans remember. Instead of a bloody battle between Oberyn, fighting for justice for his family, as well as Tyrion’s life, and the ruthless Mountain, the Bud Light commercial is a bit more lighthearted, complete with jousting, dragons, kings, and, well, Bud Light.

The ad features what starts like a friendly jousting competition, with the Bud Light Knight going up against a mysterious enemy. It isn’t until the Bud Light Knight is thrust off his horse and laid flat on his back that the ad takes a Game of Thrones like turn for the worst. The opponent walks towards Bud Light Knight, his massive helmet obstructing his face from view, and as he towers over a passed out Bud Light Knight, there’s no denying that his menacing figure looks nearly identical to the Mountain on Game of Thrones. The similarities keep coming, as he bends down over his already-incapacitated rival and snaps his neck in front of a horrified king and queen.

And the Game of Thrones references don’t end there. As the audience looks on in horror at the Bud Light Knight’s body, a dragon swoops in over the crowd, eventually letting out a deadly breath of fire as the GoT theme music plays in the background. The ad ends with a reminder of the GoT Season 8 premiere date, April 17. So, this Bud Light Game of Thrones commercial wasn’t just an homage to the beloved show, it was a full on cross-promotion.

Needless to say, as with anything involving Game of Thrones, the ad captured everyone’s attention. Some fans, still reeling from Oberyn’s gruesome death in the Season 4 episode, "The Mountain and the Viper," felt very triggered by the unexpected callback.

Others were thrilled to see the small screen return of one of GoT‘s most fearsome villains.

Meanwhile, other fans were quick to call it the best crossover of the year.