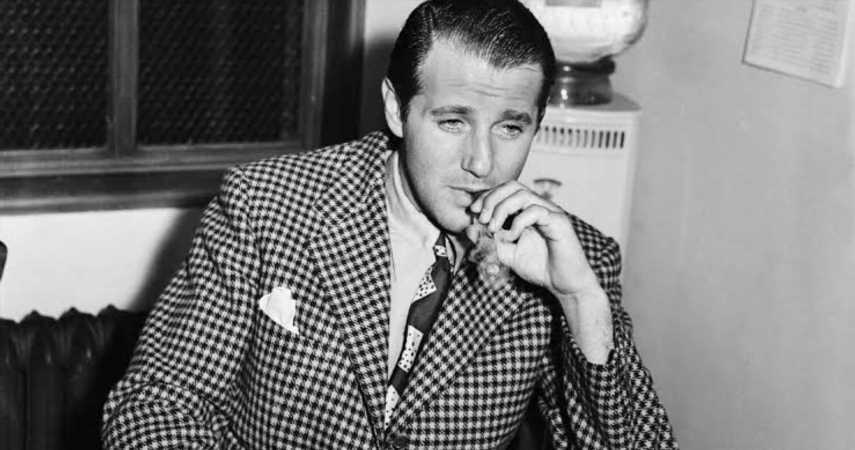 Listed with Myra Nourmand of Nourmand & Associates, the Spanish Colonial-style mansion on North Linden Drive has an asking price of $16.995 million. The home where infamous mobster Benjamin “Bugsy” Siegel was shot and killed 75 years ago has come on the market in Beverly Hills.

RELATED: This Is (Not) The End: The 8 Highest-Grossing Movies Of Jonah Hil

Siegel — the ruthless gangster who socialized with Hollywood stars and also drove the early development of Las Vegas — didn’t own the house. He leased it for his mistress, Virginia Hill, who served as a courier for the mob. On the night of June 20, 1947, Siegel was killed by an assailant who fired at him through the front window of the home with an M1 Carbine, dispatching him with two gunshots to the head. The case was never solved. (A photo in the Los Angeles Herald Examiner collection shows a detective pointing to five bullet holes in the wall the day after the murder.)

The seven-bedroom house has had a number of different owners in the years since Siegel’s murder and last changed hands in 2003.

Per Dirt, Nourmand describes the property as a “glamorous Spanish home that’s not your typical house that you would see in the flats of Beverly Hills” with an architectural style that’s more “Palm Beach [like] the Breakers Hotel. That’s the feeling of this house.”

Visitors to the residence, which was designed by Joseph Fox and Sons, are greeted by a two-floor entry that includes original iron railings, hand-painted tiles and a grand staircase.

“It really has such a big presence. It sits on a knoll and is on half an acre,” continues Nourmand. “You walk in the entry with the staircase and the balcony and all of that has been completely maintained just the way it was done in 1928. Even the bathrooms are the original.”

She notes that upgrades to the house in recent years have included a new kitchen (featuring an island and a Sub-Zero refrigerator) and a new pool with pool cover.

Nourmand notes that the property — which features a private, hedged yard and is located less than a mile from the Beverly Hills Hotel — clocks in at 7,092 square feet. “All the bedrooms are very spacious,” she says, adding, “A lot of Spanish homes that were built in the 20s have a musty, heavy, dark feeling. Unlike those, this house is full of light with windows and high ceilings everywhere.”