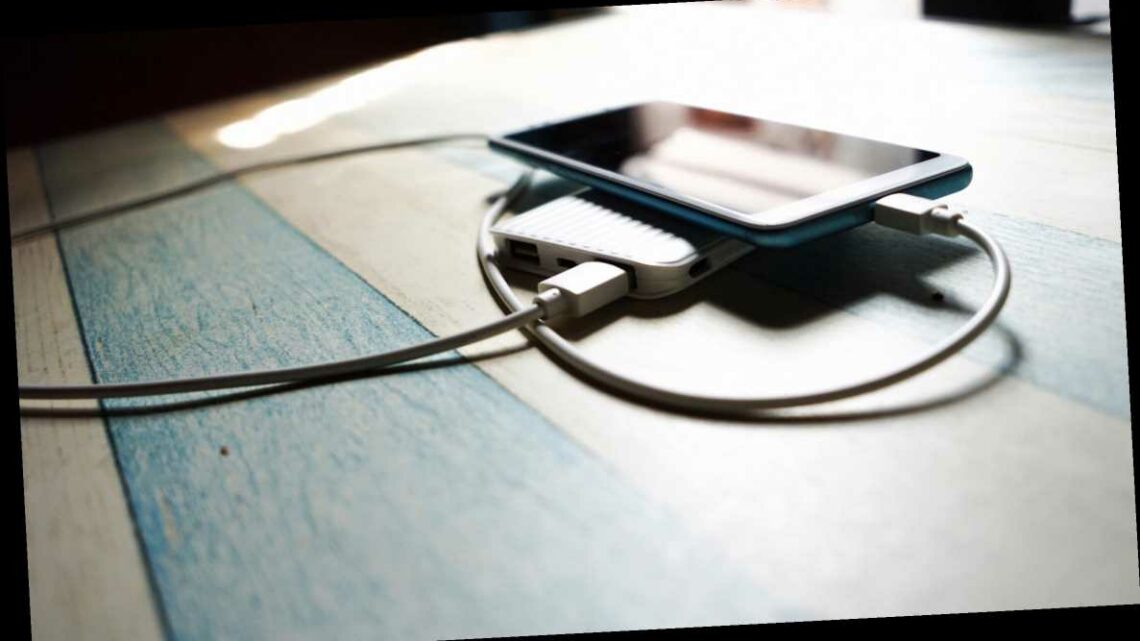 The best power banks you can buy in 2020

AS lockdown measures are eased and people timidly start going out again, they may realise their home chargers are not there anymore when they need them.

Power banks are always a good option if you plan on using your mobile devices heavily on the go, and the technology is getting increasingly cheaper. 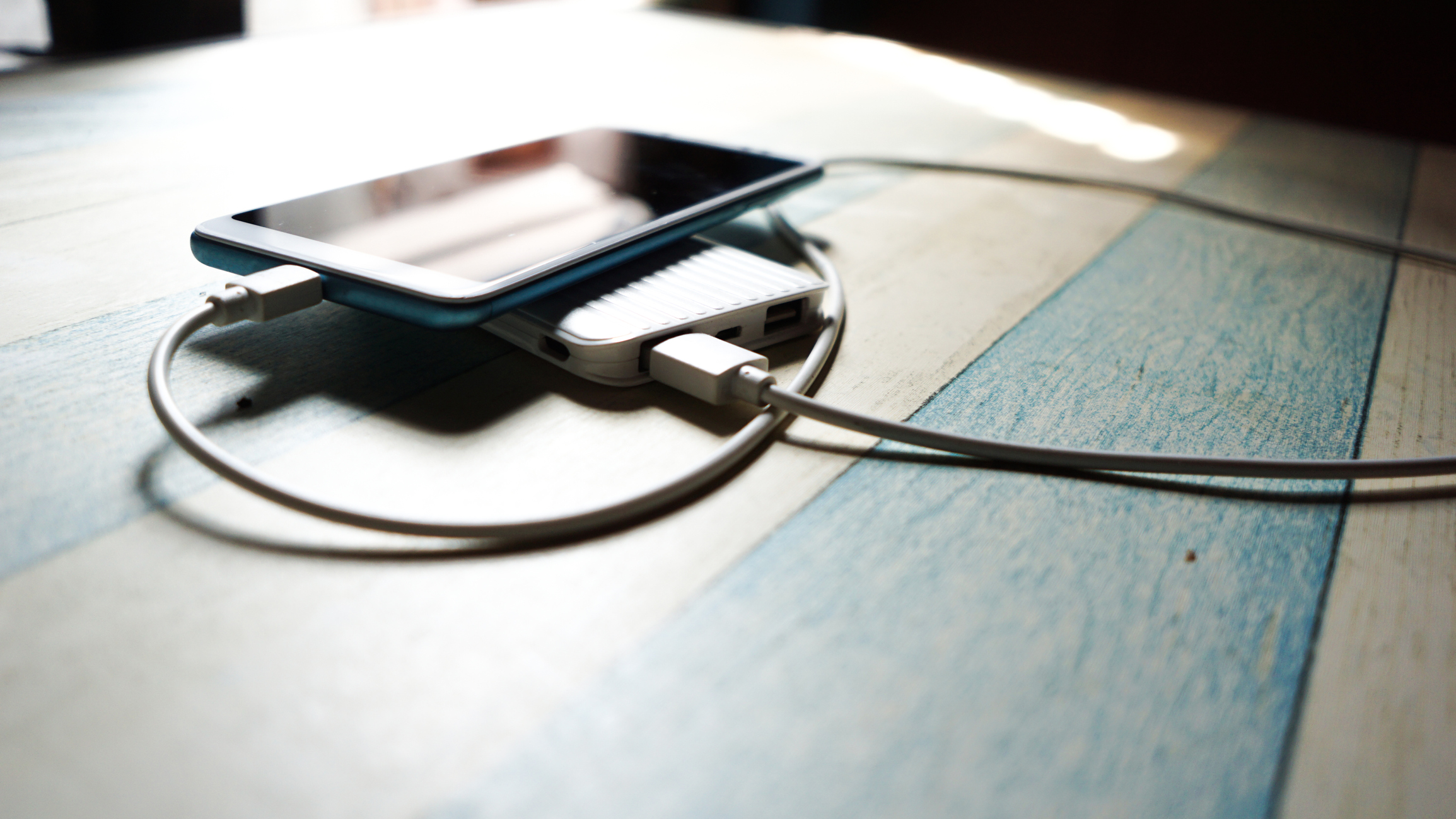 There are a few things to consider when buying a power bank, the most obvious one is its capacity, which is measured in milliampere hours (mAh).

Broadly speaking, 4,000 mAh should be sufficient to fully charge a typical smartphone once.

Others factors include size and weight, but also the number of ports. How many devices will you need to charge at the same time?

Finally,charging speed is something to keep an eye on when buying a power bank, both for the device itself, and the others you're going to charge through its ports.

Keeping these factors in mind, we have selected the best power banks from 20,000 mAh and above you can get for your money.

This article and featured products have been independently chosen by Sun journalists. It contains links which are ads, and if you click a link and buy a product we will earn revenue. 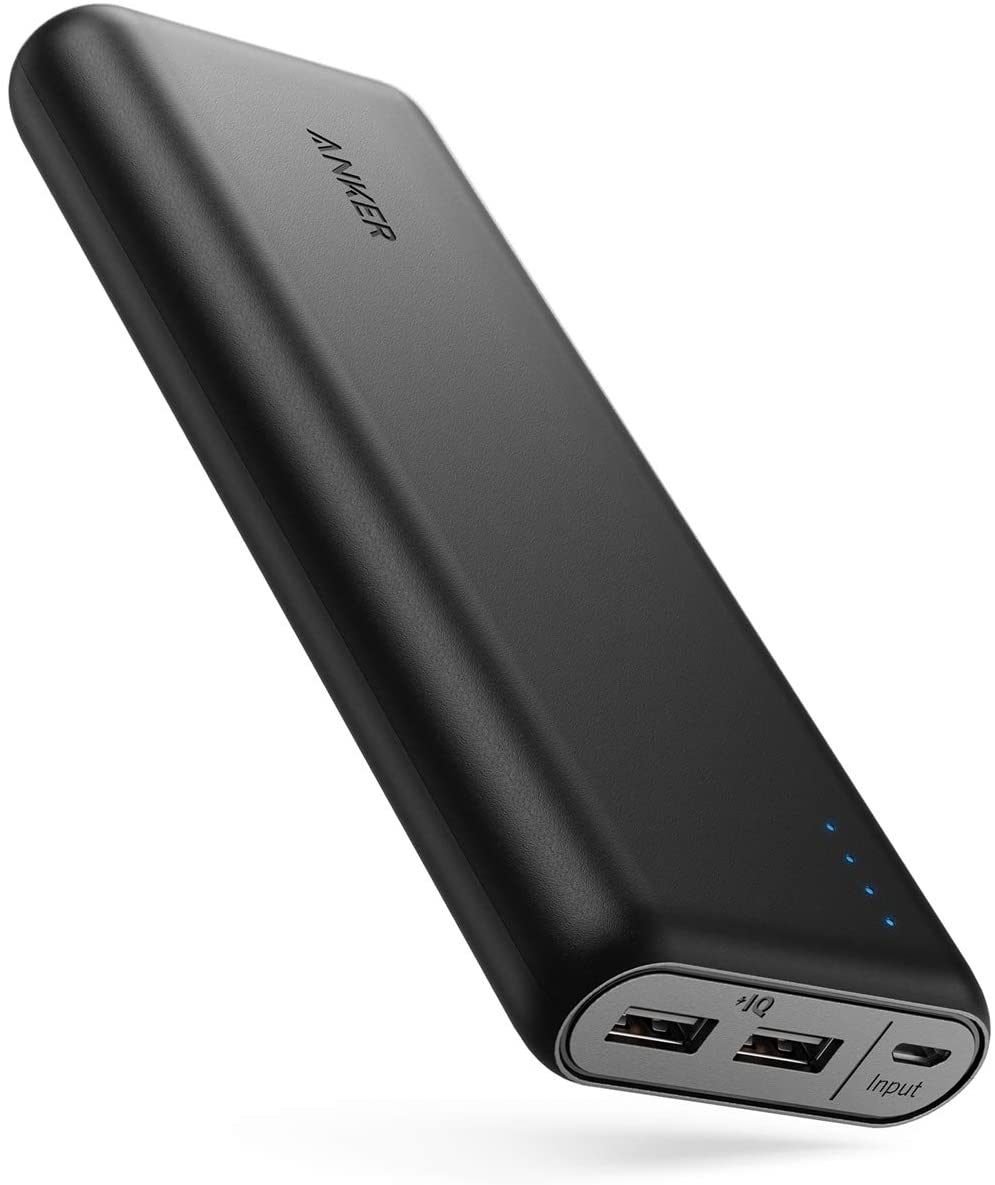 Anker has built its brand on smartphone accessories, and the PowerCore 20,100mAh is a good example of that.

The device's large capacity means you'll be able to charge your smartphone more than five times on a single charge.

It also has two USB ports that will allow you to charge two devices at the same time, plus a micro-USB one to charge the device itself.

This power bank from Anker does not have any additional features, but its big battery and low price make it one of our favourites. 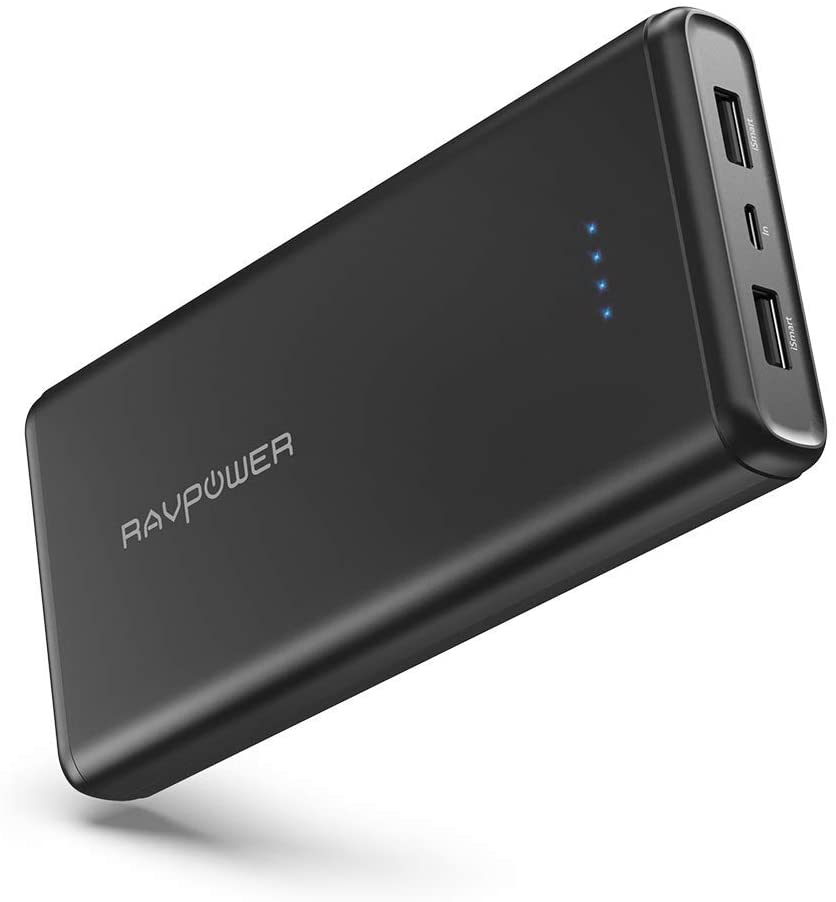 RAVPower is arguably the most famous power bank manufacturer there is, and the company is known to build solid devices at a bargain price.

A standard power bank in many ways, this dual output gadget has a pleasing, curved design and weighs only 476 g.

A little heavier than other options on this list, but also one of the cheapest. 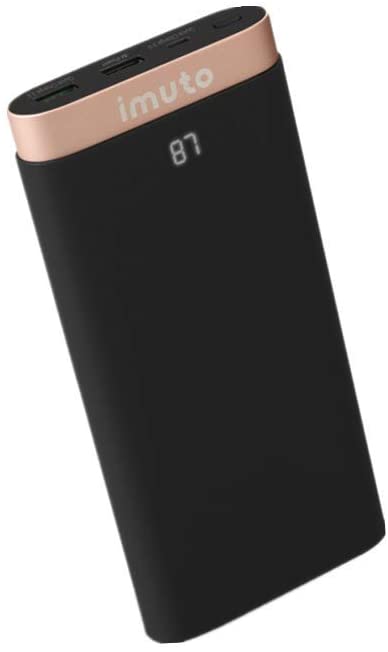 A somewhat lesser-known name in the power bank arena, iMuto has been around for a while, and the Chinese manufacturer is now expanding its power bank portfolio options.

The iMuto 20,000mAh is a pretty standard power bank, but unlike most of the competitors, it has a screen displaying the exact charge level.

Featuring Qualcomm Quick Charge for compatible devices and two outputs ports, the iMuto 20,000mAh is a cheap and solid option.

The downsides of this charger are mostly its slightly heavy weight (649 g), and not really appealing design, but for many people, the screen and price will make up for them. 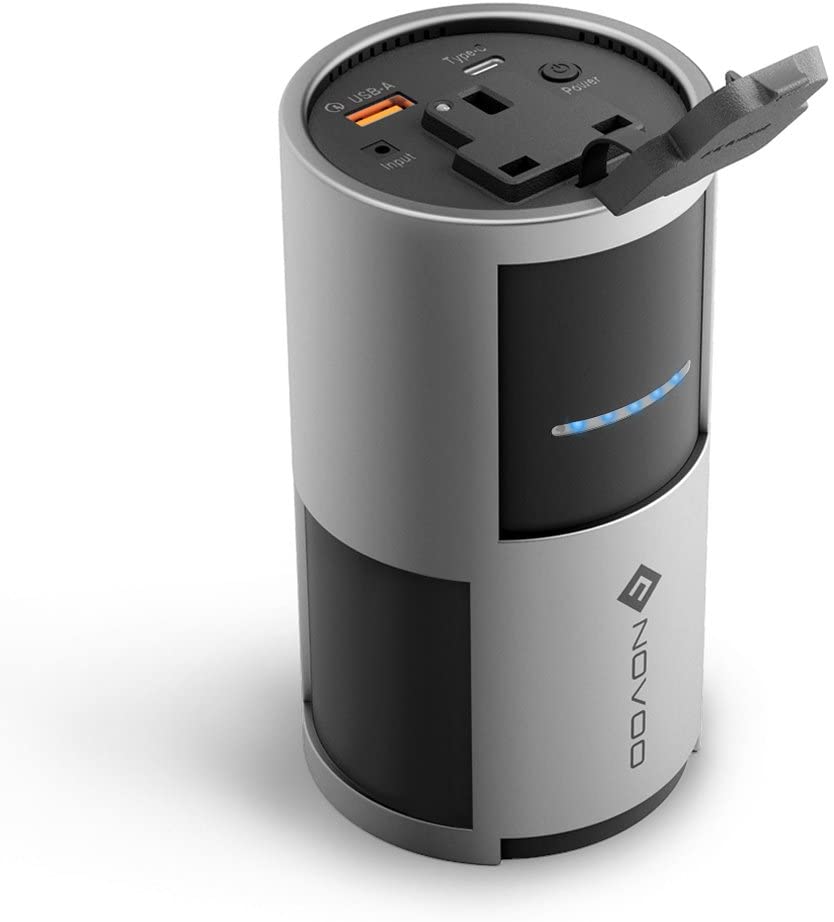 If you intend to use your power bank to charge more than just your phone, the NOVOO 22,500mAh might be the one for you.

Featuring a wall-like British socket, this power bank will allow you to charge any device, from laptops to drones.

Of course, the NOVOO 22,500mAh will also charge your smartphones and tablets with both Type C and USB 3.1 outputs.

The power bank design is also quite elegant, if a little rugged, and its weight not excessive.

For such a versatile device, the £85.99 price tag does not feel like much at all. 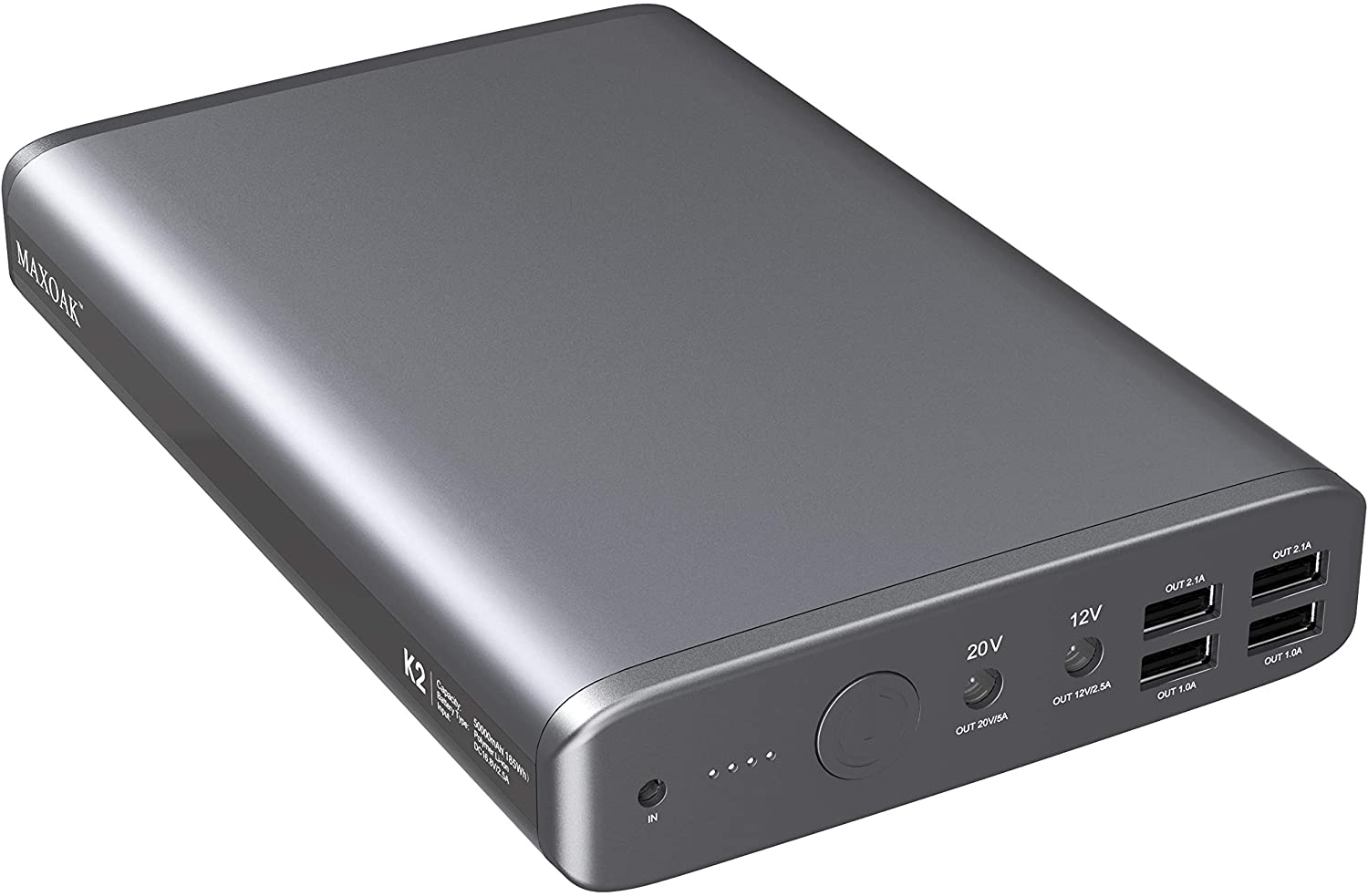 With six ports, it can charge simultaneously smartphones, tablets and even laptops via the 14 PCs DC Connectors included in the package.

Specifically, the MAXOAK 50,000mAh has one 20V/5A port for laptops, one 12V/2.5A port for digital cameras, and four 5Vports (two 2.1A and two 1A) for smartphones and other mobile devices.

Packing this much energy, the power bank is not even that heavy, weighting little over a kilogram.

Did you enjoy our roundup of the best power banks? Head to Sun Selects for more hot deals on the best products.

Looking for more tech gadgets? Keep up with the bargains in technology at our Sun Selects Technology page.

Do you need a Bluetooth speaker for when you're on the go? Here is our pick of the best ones you can buy right now.

CategoryLifestyle
Tagsb Banks' Best can power the You