Home » Lifestyle » The best on demand TV to watch this week 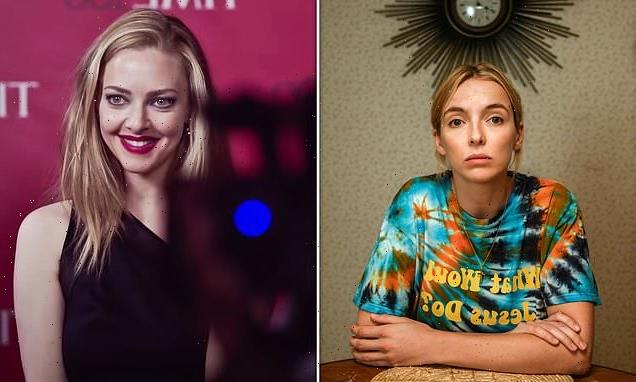 The best on demand TV to watch this week

From Amanda Seyfriend in a dramatised account of Elizabeth Holmes’s trial to Killing Eve’s finale, the best on demand TV to watch this week

The trial of Elizabeth Holmes and her company Theranos has been big news and has divided opinion across the US.

For the uninitiated, Holmes proposed a new way of taking blood samples, imagining a device that provided accurate results using only a small amount of blood – a pinprick rather than a syringe. 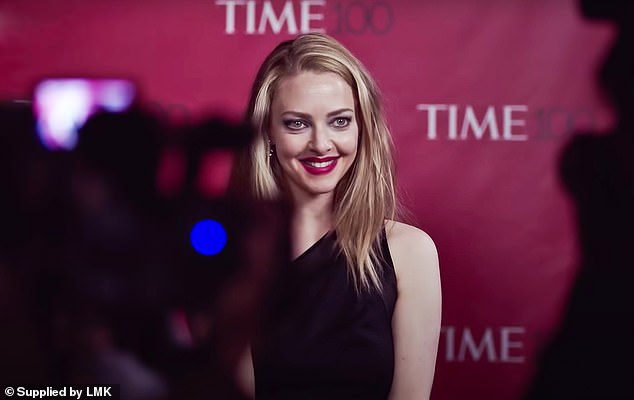 The plan was popular and attracted huge sums from investors – however, the science was not sound.

This seven-part dramatised account is based on a factual podcast of the same name and stars Amanda Seyfried as Holmes, with Naveen Andrews as her former partner (business and romantic) Sunny Balwani, and Stephen Fry as British biochemist and Theranos chief scientist Ian Gibbons.

And while it’s hard to imagine there’s much competition, this tale of the bizarre theft of $50,000 worth of living bugs from the Philadelphia Insectarium is certainly one of the more compelling, stranger-than-fiction true-crime docs out there, and has been described as ‘Tiger King meets Ace Ventura’.

Tiger King captured the public’s imagination like few documentaries before it when it burst on to Netflix during the first lockdown. Now Peacock is getting in on the action with this dramatisation of events. 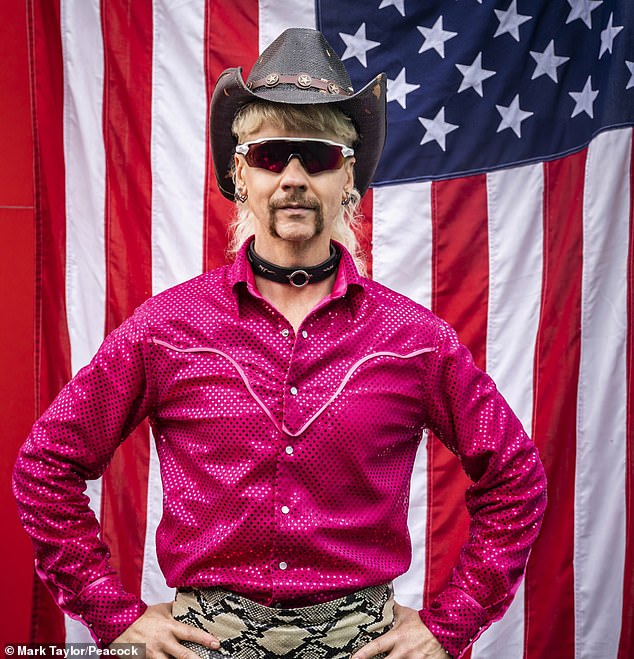 John Cameron Mitchell plays Joe Exotic, and Kate McKinnon is Carole Baskin, while Kyle MacLachlan is particularly inspired casting as Howard Baskin. This is a tale that rivals Twin Peaks in the sheer bizarreness stakes. Peacock/NOW, from Friday

A very adult sex drama of the sort that only the French seem to make these days.

This is about the non-traditional relationships between four young people – three women and a man – in a beautifully filmed black-and-white Paris.

Noémie Merlant (Portrait Of A Lady On Fire) is the big draw. Curzon, from Friday

Lucille Ball and Desi Arnaz were one of the original Hollywood power couples, founding Desilu Productions to market their sitcom I Love Lucy to TV networks – basically inventing the concept of broadcast syndication in the process. 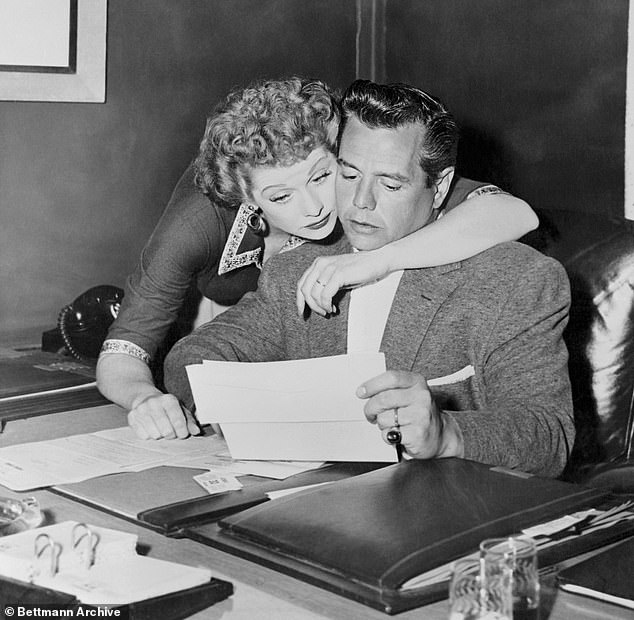 Lucille Ball and Desi Arnaz (above) were one of the original Hollywood power couples, basically inventing the concept of broadcast syndication

Bette Midler is among the talking heads in this biopic, directed by Parks And Recreation star Amy Poehler as a love letter to the pioneers who changed the shape of sitcoms for ever. Amazon, from Friday

If you go down to the woods today you’re sure of a big surprise… Made over the course of 15 days during the pandemic, Ben Wheatley’s British horror bears some signs of its schedule but is an effective chiller.

Scientific researcher Martin (Joel Fry) and his guide Alma (Ellora Torchia) venture into some woods to find a scientist conducting experiments on the terrain’s unusual fertility. Sky Store, from Sunday

Andrea (Bella Heathcote) is having lunch at a restaurant on her 30th birthday with her therapist mum Laura (Toni Collette) when a crazed shooter attacks the customers.

Despite being injured, Laura violently dispatches him and a video goes viral, setting off events revealing part of Laura’s past that her daughter never suspected. Netflix, from Friday

You might think a remake of one of the greatest ever musicals by one of our greatest living directors would be a box-office smash, but Spielberg’s West Side Story bombed despite ecstatic reviews. 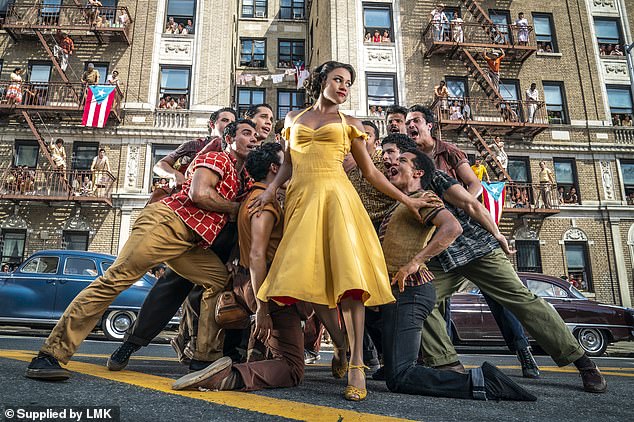 Analysts think it was because the target audience was reluctant to return to the cinema. But this looks and sounds great and will bring a tear to your eye. Disney+, from Wednesday

Comic Nick Helm stars in this underrated sitcom as a frustrated, suicidal, out-of-work musician who finds renewed purpose when he’s forced to look after his nephew.

Regé-Jean Page got viewers hot under the collar in his breakout role in Bridgerton.

Now he is set to send temperatures soaring in a different way as narrator of this documentary charting life for the lions, elephants and other animals that call the Okavango Delta – a vast oasis amid the Kalahari Desert – home.

This crime drama opens with shots of a sun-drenched vineyard, lush lavender, a honey-stone village… we get it – we’re in Provence. 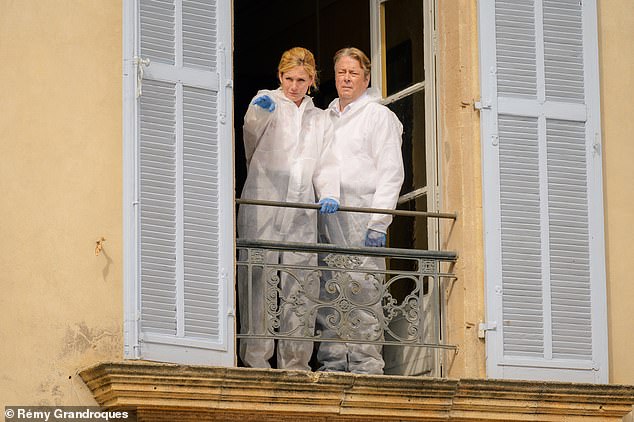 This crime drama starring Roger Allam and Nancy Carroll (both above) opens with shots of a sun-drenched vineyard, lush lavender, a honey-stone village… we get it – we’re in Provence

In the first of three episodes there’s been a murder in the university. Judge Antoine (Roger Allam) and life partner Marine (Nancy Carroll) look into it. BritBox, from Tuesday

Patrick Stewart returns to boldly go, even (spoiler alert) after his character’s demise at the end of the last series. Granted a new synthetic body, he ventures forth aboard the La Sirena.

Why is there such a buzz about..?

Severance is so different from anything else currently around that it’s difficult to decide exactly what it is.

Is it a paranoid thriller? A black comedy? Sci-fi? Horror? Well, imagine if Franz Kafka had written a workplace dramedy and David Lynch had filmed it. 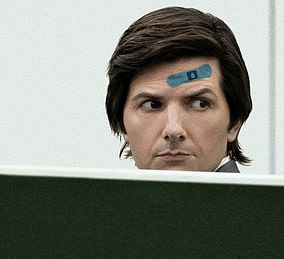 Adam Scott (above) plays Mark, an employee whose outside life we can see

Why would anyone do this? Maybe to forget – the same reason that supposedly used to draw recruits to the French Foreign Legion.

That’s certainly the case for Mark (Adam Scott), initially the only employee whose outside life we see. He wants to be able to forget a terrible loss for a few hours a day.

But severance effectively splits a person in two – creating an ‘innie’ and an ‘outie’. And some of the office-bound innies are beginning to resent the life imposed on them by their outies.

Past its best? You wouldn’t dare say that to Villanelle.

The third series ended with the assassin (Jodie Comer) and intelligence agent Eve (Sandra Oh) on Tower Bridge, agreeing to walk away from each other and not look back but then unable to resist turning around. 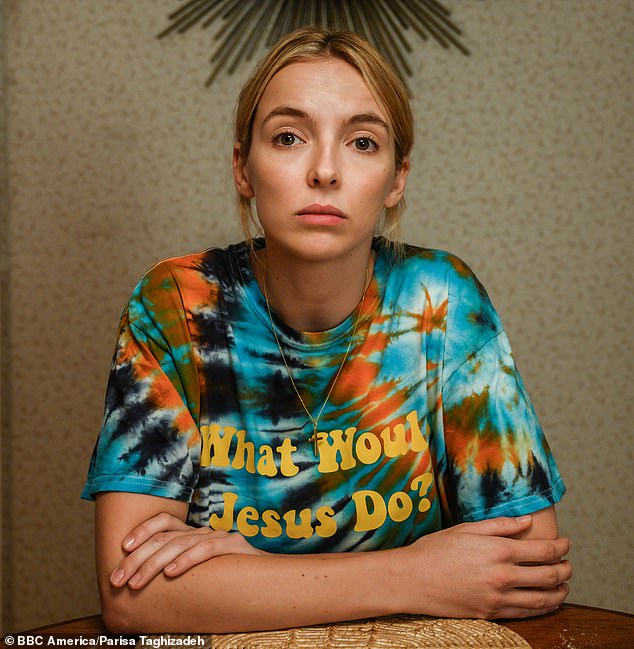 Past its best? You wouldn’t dare say that to Villanelle. The third series ended with the assassin (Jodie Comer, above) and intelligence agent Eve (Sandra Oh) on Tower Bridge

Are they going to end up together? Or kill each other?

The fourth and final season opens with Eve on a revenge mission against the international murder inc outfit The Twelve and with MI6’s Carolyn (Fiona Shaw) sidelined to a diplomatic role in Majorca and determined to get back in the game.

As for Villanelle – who is this saintly figure singing like an angel in an English church…? BBC iPlayer, from Monday

This Is Going To Hurt

The hotly anticipated TV series based on the memoir of the same name by former doctor turned stand-up comedian Adam Kay has finally landed on the BBC after being commissioned back in 2018. 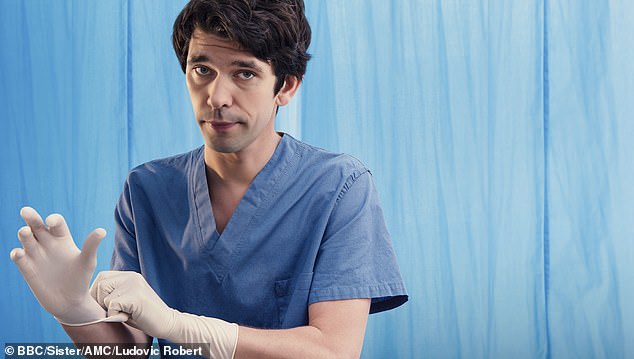 Ben Whishaw (above) stars in the lead role as Adam, a junior doctor struggling to balance his immensely stressful professional and personal lives

The bestselling book was first published in 2017 and drew on Kay’s personal diaries from his time working on an NHS labour ward.

Ben Whishaw (A Very English Scandal) stars in the lead role as Adam, a junior doctor struggling to balance his immensely stressful professional and personal lives. While not as farcically hilarious as the book, it still packs plenty of emotional heft.

Sean Connery plays against type in a little-known British film noir, a classic study in evil from 1973, directed by Sidney Lumet (Dog Day Afternoon and Network).

Filmed on a small budget of £385,000, the movie has Connery delivering a powerful performance as a tortured cop sickened by the things he has seen, to the point where he himself commits an act of brutal violence. 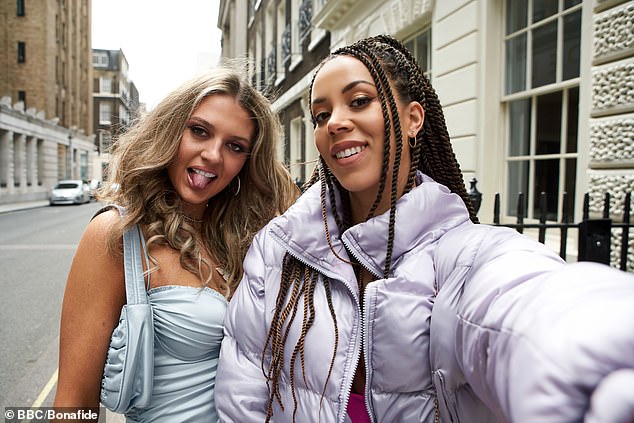 This new six-part musical drama written and starring Nicôle Lecky (above, right, with Lara Peake) is based on her hit Royal Court show Superhoe

Lecky plays Sasha, a wannabe singer/rapper who must learn to fend for herself after she’s kicked out by her family. Enter enigmatic influencer Carly (Lara Peake), who introduces her to a whole new world – but one with a hidden dark side.

Think Fleabag, but with a killer soundtrack. BBC iPlayer, from Tuesday

Set in an all-female PoW camp, the first two series of the 1981/82 drama charts the fight for survival of Allied prisoners of the Japanese.

John Buchan’s classic 1915 novel about spies, military secrets and an innocent man on the run with a woman after being accused of murder has been adapted many times, notably in the 1935 Hitchcock version with Robert Donat. 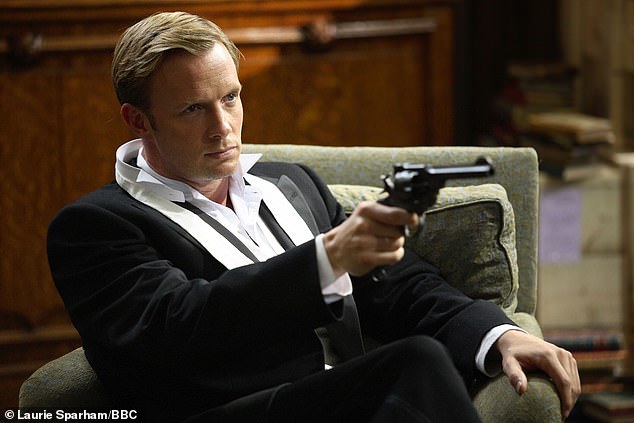 Spooks’ Rupert Penry-Jones (above) stars in this 2008 BBC film, which is less like the book, with more of a romantic subplot

Spooks’ Rupert Penry-Jones stars in this 2008 BBC film, which is less like the book, with more of a romantic subplot and a climactic scene involving a submarine. UKTV Play, from Wednesday

This classic black-and-white western series from 1960 was created, written, produced and directed by Sam Peckinpah before he became known for his gritty and brutal forays into the genre, such as The Wild Bunch.

Brian Keith (The Parent Trap) stars as an amiable everyman farmhand who travels the old West looking for work and dreaming of owning his own ranch. A pleasant ode to simpler times. Talking Pictures TV, available now 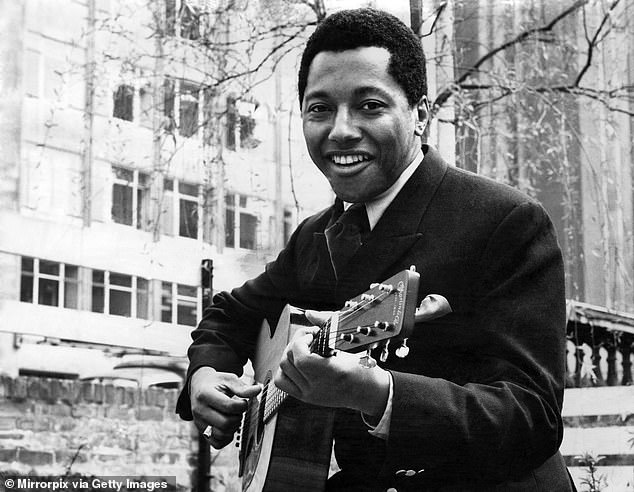 Enigmatic and reclusive, he wrote the Madness hit It Must Be Love, as well as the classic anti-apartheid anthem (Something Inside) So Strong.

In a raw, intimate film he reveals his motivations and discusses life as a gay black man. BBC iPlayer, available now

The award-winning series chronicles the lives of a number of ordinary people who discover they have superhuman abilities following an eclipse.

The characters must find their way to one another to stop the world’s imminent demise. BBC iPlayer, available now