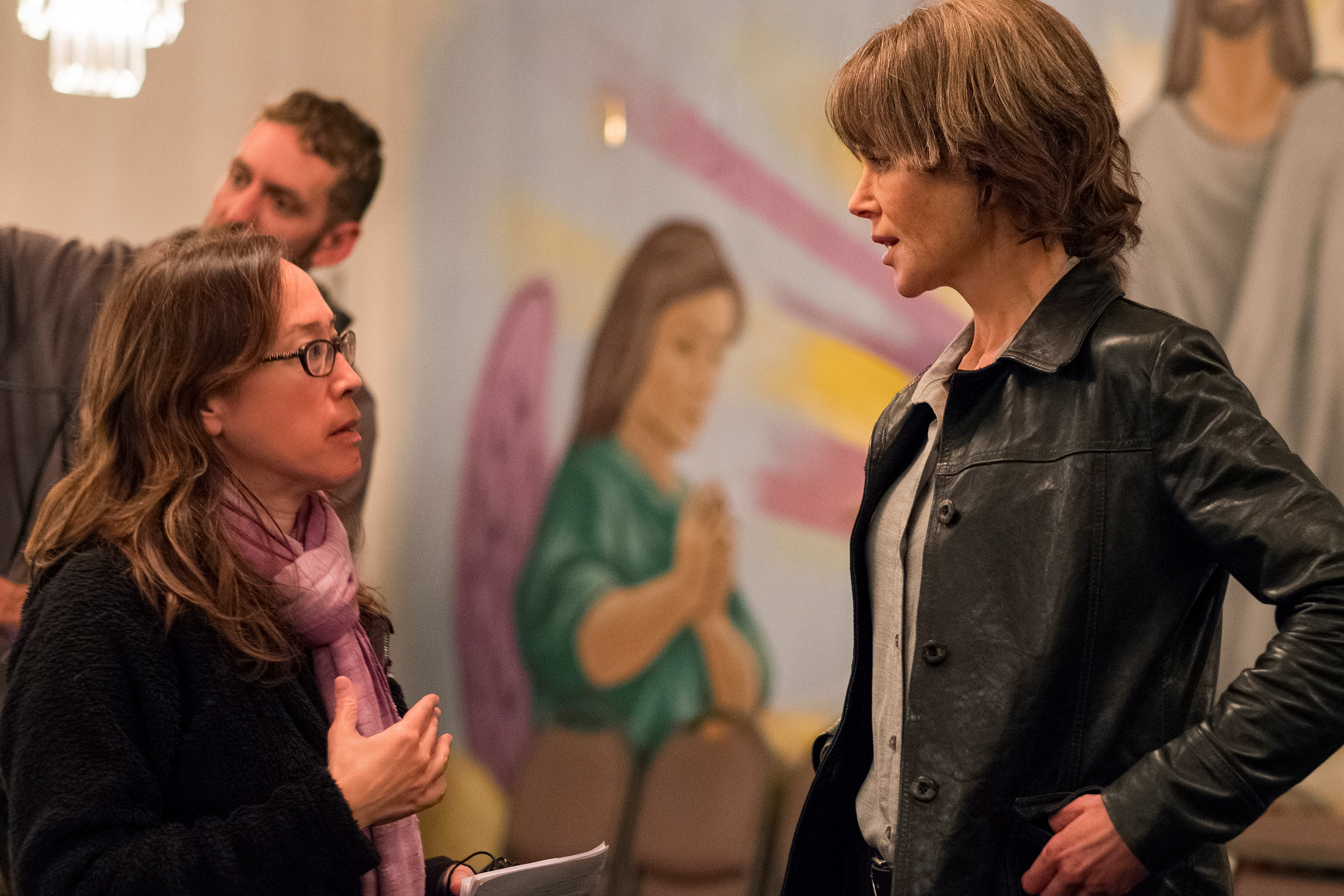 Awards season is heating up with the recently announced Golden Globe nominees and the upcoming SAG Award nominations, and EW’s The Awardist podcast is here to break down all the latest developments. In this week’s episode, we chat with director Karyn Kusama about her gritty crime drama Destroyer, which just earned Nicole Kidman a Globe nomination for Best Actress in a Motion Picture Drama.

Opening Christmas Day, the film stars Kidman as Erin Bell, a hard-living, battle-scarred LAPD detective who’s forced to reckon with her past years after an undercover job went terribly awry in the California desert.

“What inspired me to do [the film] was the notion of how difficult it is to be accountable for our mistakes and how painful a process that can be,” Kusama tells The Awardist. “Something the script evoked really beautifully and I was so attracted to was this idea of a kind of gritty exterior and a hard, sometimes challenging story about a hard, challenging character that had moments of lyricism, that had moments of beauty and expressiveness.”

As Destroyer has garnered critical acclaim and awards attention, many observers have marveled at Kidman’s striking transformation into a world-weary cop. But as Kusama notes, that only accounts for half her performance: Kidman also plays a much younger Bell, at a time in her life when she’s practically another person.

“I hope that the success of the film rests in the fact that we come to accept that we’re watching Erin Bell in the present day look quite ravaged and deeply, deeply broken by the life she’s living and choosing, but then we look back at her 17, 18 years [earlier] and she’s so much more hopeful and awake and optimistic and, yes, emotionally reckless, but there is that sort of beauty there,” Kusama says. “And to think that Nicole, at 50, was playing a 29-year-old so credibly. What was amazing about working with her was seeing that when she stepped on set as the younger Erin Bell, it was like there was a different physicality: Her voice was higher, it was softer, there was just a whole different take on the person because she was at a different stage of her life. In many respects it was like watching an actor not just transform into one person, but into the multitude of people that we are through time as ourselves. It was very inspiring to see.”

Plus, if we’re going to talk about awards in December, we feel like we should be willing to make some bold predictions for what will happen in January and February. We even got Kusama to share which of her fellow filmmakers she thinks deserve awards recognition.

Listen to the longer discussion below, or on Apple Podcasts, Google Play, Stitcher, or wherever you get your podcasts.