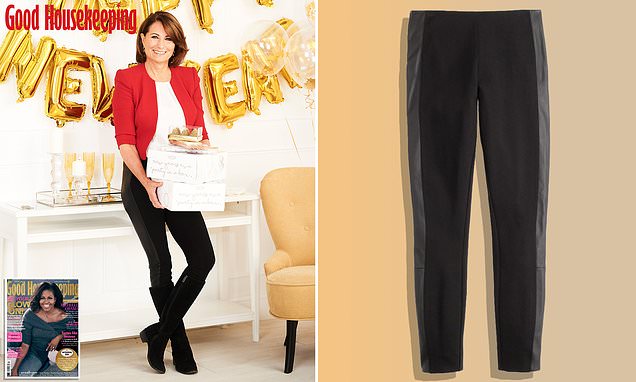 The £80 LEATHER-panelled J.Crew leggings from worn by Carole Middleton

Revealed: The sell-out £80 LEATHER-panelled leggings from J.Crew worn by Carole Middleton in her latest magazine shoot

The Duchess of Cambridge’s mother, 63, wore her own £79.50 leggings with a red blazer, white blouse and black boots as she posed for this month’s issue of Good Housekeeping.

Carole wore J.Crew’s popular Pixie pant in leather tuxedo stripe, which have now sold out but are believed to have been on sale with the US brand until 2017.

J.Crew is a popular label with the royals, with both Kate, 36, and Meghan, 37, pictured in pieces from the brand in the past. 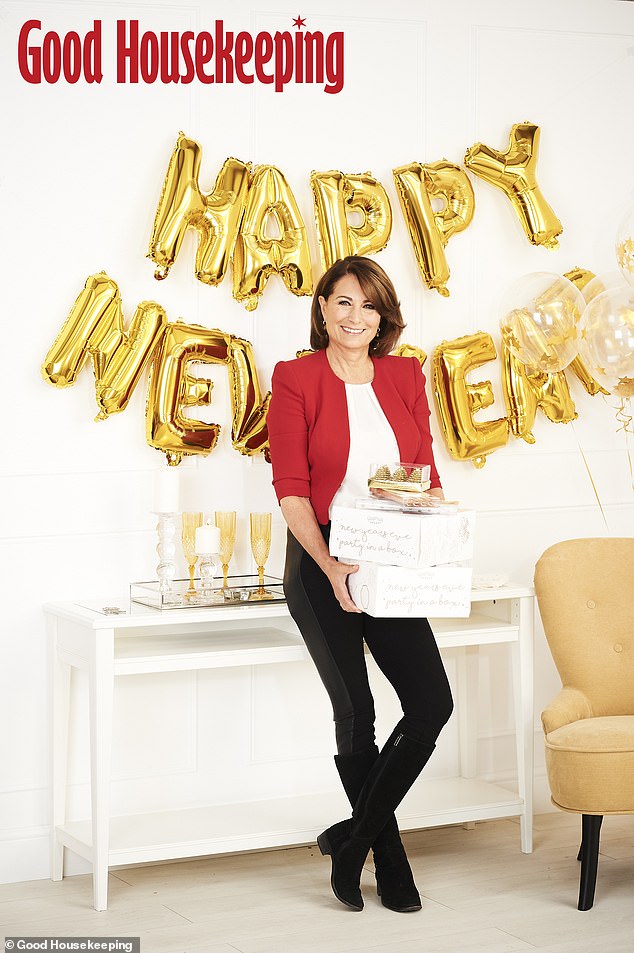 Carole Middleton wore a pair of very fashion forward leather-panelled leggings from J.Crew in her latest magazine shoot (above) 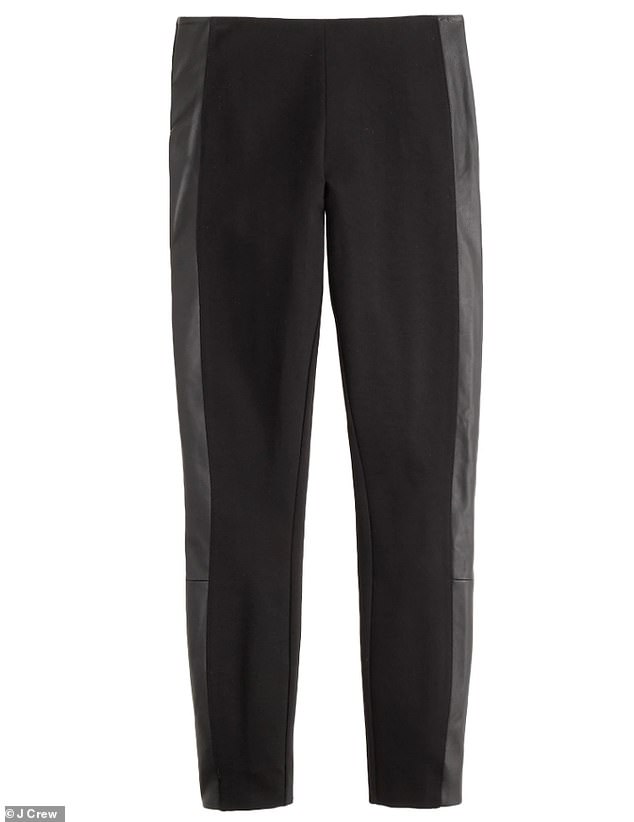 Carole wore J.Crew’s popular Pixie pant in leather tuxedo stripe (above), which have now sold out but are believed to have been on sale with the US brand from 2014 to 2017

Carole’s trousers are a twist on the popular J.Crew’s popular Pixie Pant, featuring leather panels along the sides.

The structure leggings are described by the brand as being made out of ‘stretchy holds-you-in fabric’ and said to ‘look good on everyone’.

The Duchess of Cambridge’s mother has spoken to the media in two interviews published over the past week to mark 30 years of her company Party Pieces, following a 15-year public silence.

In her latest interview with Good Housekeeping, she revealed how she still turns to Kate, Pippa, 35, and James, 31, for business advice. 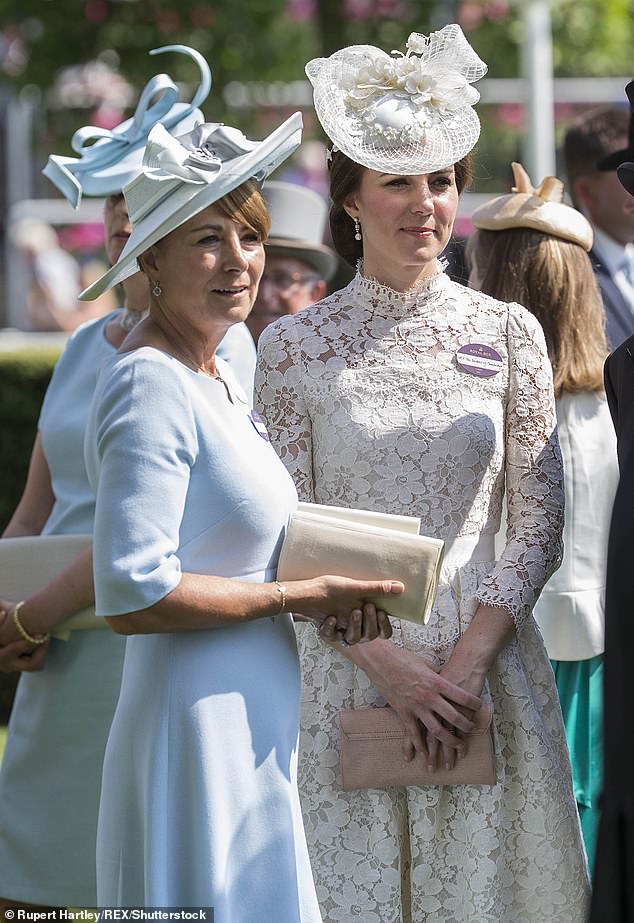 In her interview with Good Housekeeping, Carole revealed how she still turns to Kate (above with Carole at Ascot in 2017) for business advice 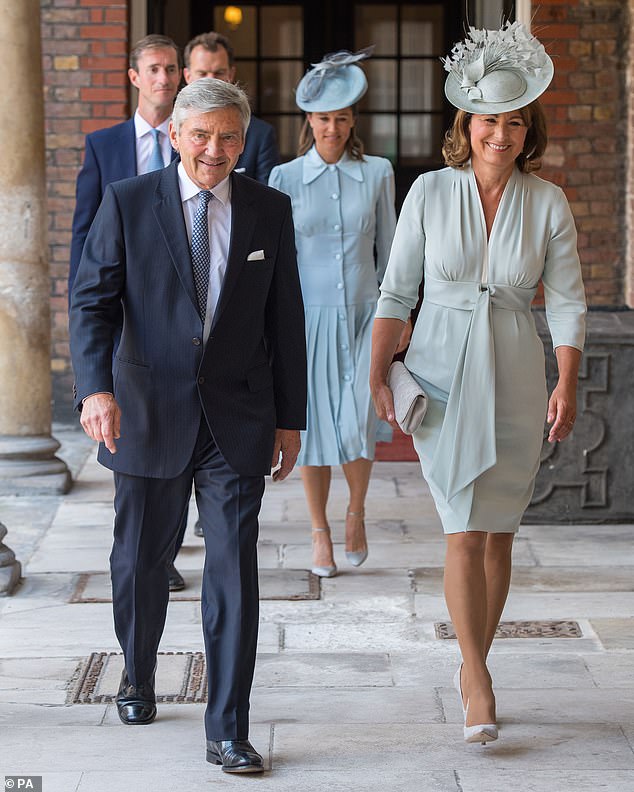 It appears Carole (above, with husband Michael at Prince Louis’ christening) also turns to Kate and Pippa for fashion advice, often sporting similar styles to her daughters

She said: ‘My children have all worked for the business. Catherine started the First Birthday brand – she chose the products and looked after all the imagery and the catalogue production.

‘Because they all grew up with me working, Party Pieces has been very much part of our lives and what we talked about. I still ask their advice and say “What do you think of this?”‘

It appears that Carole may also turn to Kate and Pippa for fashion advice, with the mother-of-three often sporting similar styles to her daughters.

In fact, for her shoot with the Telegraph, she wore two dresses by Goat that had previously been worn by the Duchess of Cambridge on official engagements. 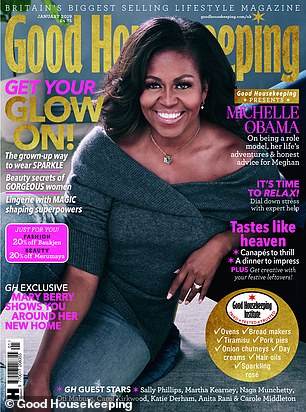 While visiting daughter Pippa following the birth of baby Arthur, Carole sported an orange coat by Boden which had previously worn by Kate while she was pregnant with Prince Louis.

In her interview with the Daily Telegraph, Carol whose grandson Prince George is the future king, described herself as ‘normal’ and a ‘hands-on’ mother and grandmother, and said family comes first in her life.

The 63-year-old said her family is ‘paramount’, adding: ‘They come first and that will always be the case, even when I have more me time.’

Referring to William and her daughter Pippa’s husband James Matthews, a hedge fund manager, she said: ‘I have two lovely sons-in-law and I hope I’ll have a lovely daughter-in-law.’