Home » Lifestyle » The 2019 Met Gala exhibit is about excess, not camp 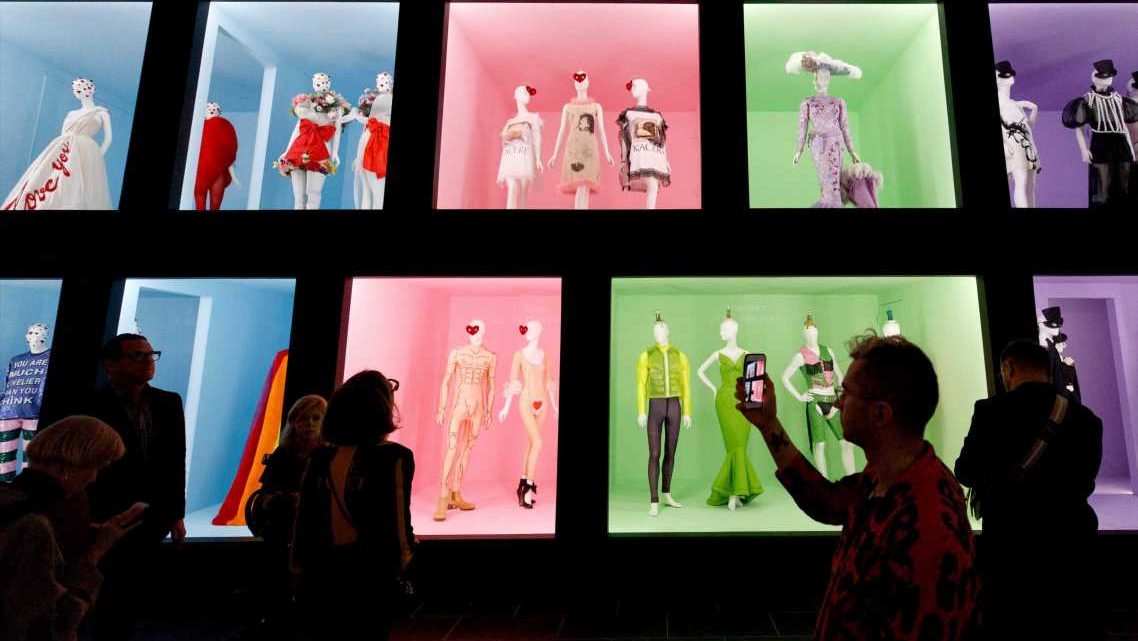 The 2019 Met Gala exhibit is about excess, not camp

Flamboyant, funny, even a little tacky: It was the only way, really, to fete the Met Costume Institute’s new show, “Camp: Notes on Fashion.”

Named after a 1964 Susan Sontag essay, “Camp” examines the sensibility behind Bette Davis flicks, Cher’s glitz and more, and how its artifice, irony, theatricality and exaggeration are expressed in haute mode, from the 17th century to today.

It takes us through the gilded world of Versailles; the gay Victorian underground of Oscar Wilde and Sontag’s own list of so-bad-they’re-good artifacts — flapper frocks, Tiffany lamps — before reaching the show-stopping finale: a candy-colored explosion of rainbow tulle, tacky trompe l’oeil and gender-bending contemporary couture. There are about 150 items in all, including a Marc Jacobs cape printed with opera star Maria Callas’ expressive face, a Moschino gown inspired by a Budweiser beer label and several sexy sailor suits by Jean Paul Gaultier.

Despite such excess, “Camp” isn’t campy enough. It’s rarefied and snobbish when it should be subversive, open and queer. There are no costumes from Hollywood, even though actresses like Marlene Dietrich, Greta Garbo and Joan Crawford became camp heroes through their gender-defying, go-big-or-go-home performances. The ironic, trashy exuberance of John Waters and Pee-Wee Herman is completely ignored. And there’s no mention of the black contributions to camp, from the splashy, space-alien weirdness of Parliament Funkadelic to glam icons like Josephine Baker, Diana Ross and drag queen RuPaul.

In fact, the drag balls that launched “voguing” as a term and represent the ultimate in camp expression were barely explored at all, getting just a couple, cursory mentions.

The exhibit does close, however, with two truly camp ensembles: a spangly showgirl costume and headdress that Bob Mackie designed for Cher, and a sparkly tux for the swishy, larger-than-life pianist Liberace. In-your-face, tacky, glorious and unabashedly pop, they were everything the exhibit should have been.